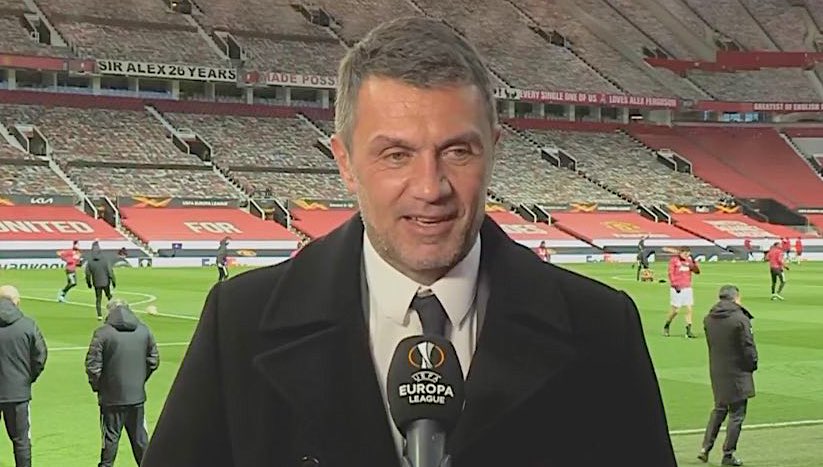 AC Milan technical director Paolo Maldini recalled some of the memories from previous clashes as he previewed tonight’s game against Manchester United.

Milan will be looking to give themselves the best possible chance of qualifying for the quarter-finals with a positive first leg result against United this evening.

Nonetheless, it represents a great chance for some young players to make a mark, with five of the starting XI born in the year of 1999. Maldini spoke to Sky Italia before the game, with his comments transcribed by MilanNews.

On a return to Old Trafford: “The effect is always beautiful, we don’t live on memories but when they are so beautiful it is pleasant to relive them.”

On the team: “The boys have a clear idea of ​​what Milan was like in Europe. Seeing the photos at Milanello makes it clear what it means to play for this club, on evenings like this one feels this responsibility even more.

“It is an opportunity for growth for us, for confirmation for them. We have different moments, they have a turnover that allows us to have a kind of certainty about what the future of the club is, we are fighting to get to that point. The sporting result is mathematical compared to what the turnover is.”

On the dialogue with Ferguson: “It’s always a pleasure to see him, he’s fine after that health problem. He always remembers when he asked my dad if I was available to move to Manchester and he answered badly. We always remember this episode.”

On the opponent: “It’s a tough game, they are the worst opponent to face. It will be a super challenging game but in terms of stimuli it is the best, these guys have to face trials like this to become great. We are in a phase of evolution. This is one of the most important games, we are sorry not to be able to play it with a large part of the squad available, but we never started feeling sorry for ourselves, the responses on the pitch have always been of the highest level.”

On Leao: “He has always played a middle ground between winger and striker, with our game system he made the best matches starting from the left, but sometimes we forget that he is a 21-year-old boy, he can be a decisive player, it takes time to make it grow. Sometimes time in teams like Milan is quite limited.”

On Kessie: “His growth is exponential, not only in sports but also in terms of driving for the boys. What he does on and off the field is the player who helps the most, and it is no coincidence that he is called president.”

On Tomori: “He has different characteristics than the others, against a team like Manchester he is absolutely important.”