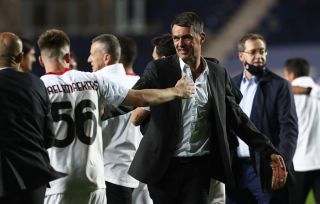 Returning to AC Milan as a director, Paolo Maldini has faced a very different reality to the one he experienced during his spell as a player at the club. From the success of the club to player behaviour, a lot has changed.

Indeed, although the Rossoneri have enjoyed a good amount of success in the last two seasons, it’s not on the same level as when Maldini was playing. They are getting there, but the club legend has been forced to adapt to a different reality.

In addition to becoming a director, which is very different from being a player, the circumstances had also changed for Maldini. Speaking to Sette, as cited by MilanNews, he discussed how things have changed, also because of social media.

“Before the games, there was a sacred silence in the locker room. Now, everywhere, there is music at a very loud volume. I’m not the kind of person who says it was better in my day. It was just different. The players adapt, like all workers.

“For example, social media have meant that during the camps, within the groups, there is no longer so much conversation. Instagram and the other platforms have killed the implicit beauty of the ritiro: the dialogue, the friendships that were welded. I belong to another generation,” he stated.

As said, though, Maldini and his colleagues have been able to turn things around on the corporate side and Stefano Pioli has got the team performing well. There is a great amount to be happy about, therefore.

READ MORE – Antonini urges Milan to sign a midfielder: “It won’t be a walk in the park”