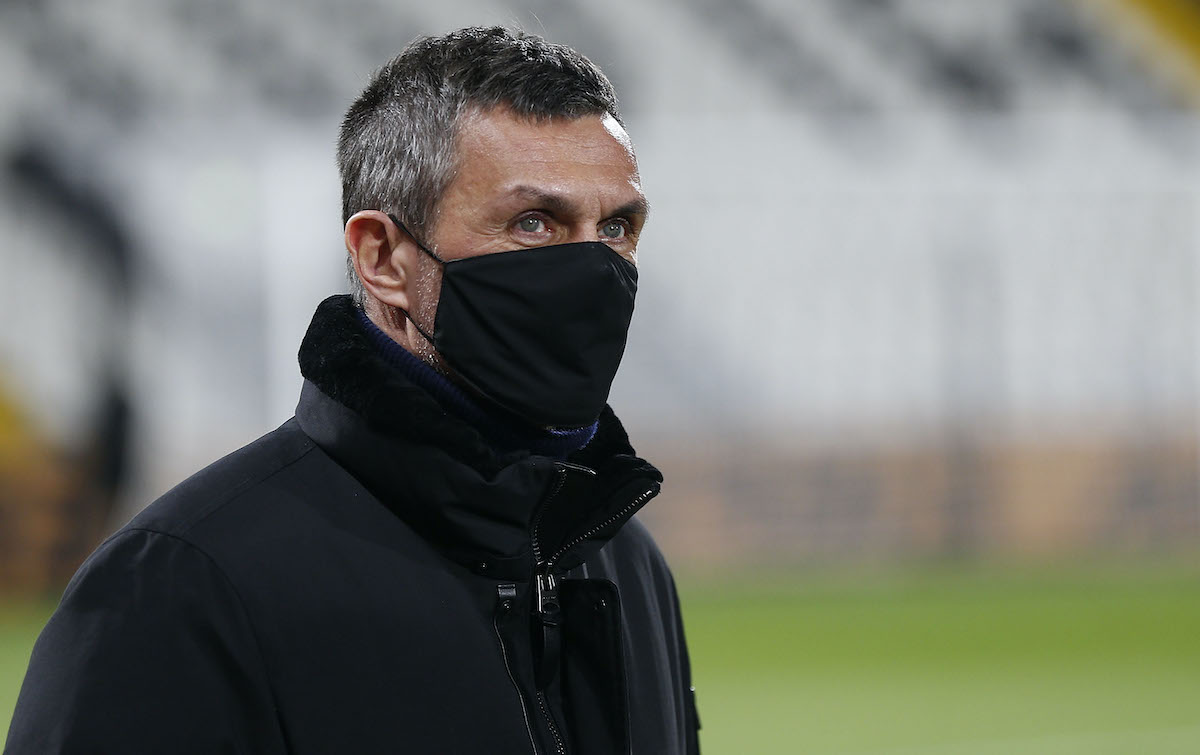 Ahead of the game between AC Milan and Empoli, which is the final game of the year, Paolo Maldini spoke to the media about the current situation. Indeed, the last few weeks haven’t been easy for the Rossoneri.

Milan were hoping to bounce back from two negative results last weekend but failed to come away with any points from the Napoli clash. They dropped to third place as a result and it’s clear that an improvement is needed.

In an interview with Sky Italia (via MilanNews) ahead of tonight’s game, Maldini spoke about what the last few weeks have been like. He also touched on the many injuries they have had recently, which has been a problem.

“It’s a project that was clear from the start. We didn’t have the certainty of succeeding, we tried to come up with ideas. We have such a great history that the fans always expect something more, but we must forget the recent history with Berlusconi. Now the strategy is different and it is necessary to go this way. It will be a little longer road to get back to being protagonists, but let’s say that compared to forecasts, the results came a little earlier.”

“Inter are reigning champions, they had to be included among the favourites. Losing Conte, Lukaku and Hakimi, anyone could have foreseen a backlash, but they hired a very capable coach and the level did not drop.

“We are in line with the objectives, at the beginning of the year there were some that didn’t put Milan in the top four. We must be clear in what we do, if there is a chance to win we will do it, it is our work that requires it and our DNA.”

What is missing from this team to get closer to the Scudetto?

“I say that making comparisons with the past is complicated for us. It is such a glorious past that we do not like it very much. In the last 20 years, Milan have won 2 league titles, it has not always been an easy feat for us, even with the best team in the world.”

With regards to injuries, have you found the solution to the problem with Pioli?

“No, honestly no. We push the players to the maximum, this could be a reason. In the post-lockdown era, playing every three days, we had the same players and did the same things. From one year to the next, the imponderable can happen, but this does not mean that we don’t carry out an in-depth analysis of our mistakes,” he stated.

As said, it will be very important for the Rossoneri to finish the year on a high note, gaining some confidence ahead of the crucial second half of the season. That’s when it all will be decided, after all.

READ MORE – Theo Hernandez ready to go after recovery from illness: “We have to come back stronger”