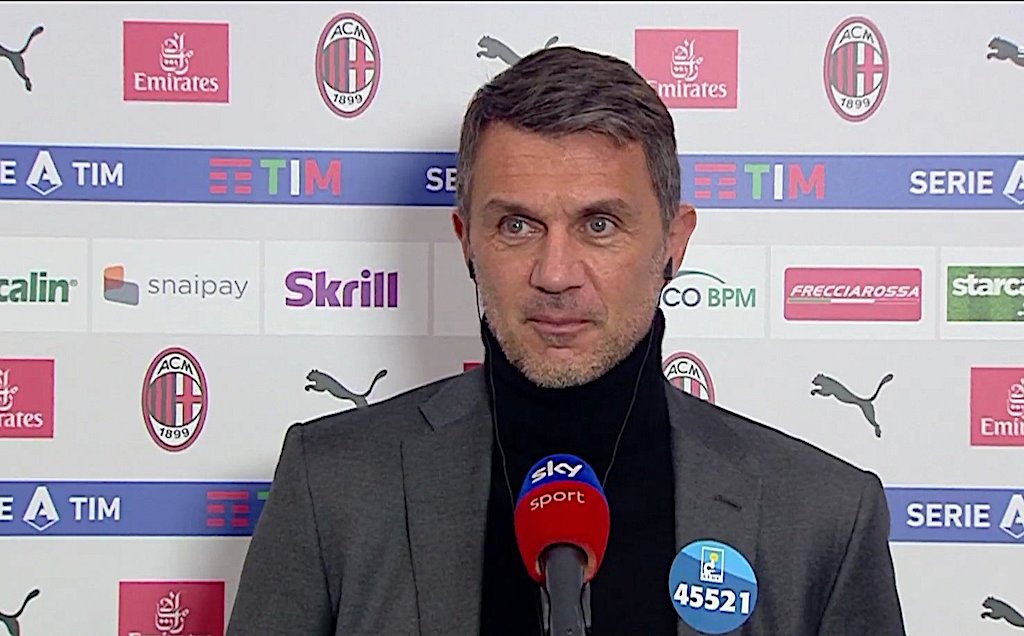 Maldini responds to Scudetto talk and explains Ibrahimovic’s reaction to being subbed vs. Lille

AC Milan technical director Paolo Maldini is not overreacting after Thursday’s 3-0 defeat to Lille, instead insisting that the team are playing with ‘courage’.

The Rossoneri will be looking to put things right when they host Hellas Verona, knowing they have the chance to move four points above Sassuolo in second place heading into the international break.

Maldini spoke to Sky Italia before Sunday night’s game against Hellas Verona at San Siro, and his words were transcribed by Football Italia.

Stefano Pioli was forced into a late change to his starting XI as Alessio Romagnoli picked up a flexor muscle problem, with Matteo Gabbia stepping in.

“We have almost everyone at our disposal right now, so we cannot complain and Gabbia is ready to step in,” Maldini told Sky.

“I know we will inevitably lose a few games. What I hope is that Milan nonetheless play with courage. Even a heavy defeat like Thursday must make us think, but not become frightened, it spurs us on to react.”

Zlatan Ibrahimovic was visibly irritated when he came off against Lille, even launching into an expletive outburst, but against Maldini is not worried.

“I played at a high level, so it’s normal to feel motivated, otherwise you can’t handle everything. You need that at the age of 19, 29 and 39, it’s what keeps you going.

“His gesture was a bit of everything, he was angry at himself, at the team, at everyone. Lille probably would’ve reached the Champions League if Ligue 1 had been completed last season.

“Ibra was frustrated, because great champions always want the maximum from every situation. You always seek perfection, but you’ll never find it.”

As mentioned, a win would put Milan four clear at the top, but the former Rossoneri captain is not getting ahead of himself just yet regarding the possibility of silverware.

“I can’t say that, because if we reach the end of the season and don’t win the Scudetto, I can’t say I’ll be sad. It’d be fantastic, but I can’t say more than that.”