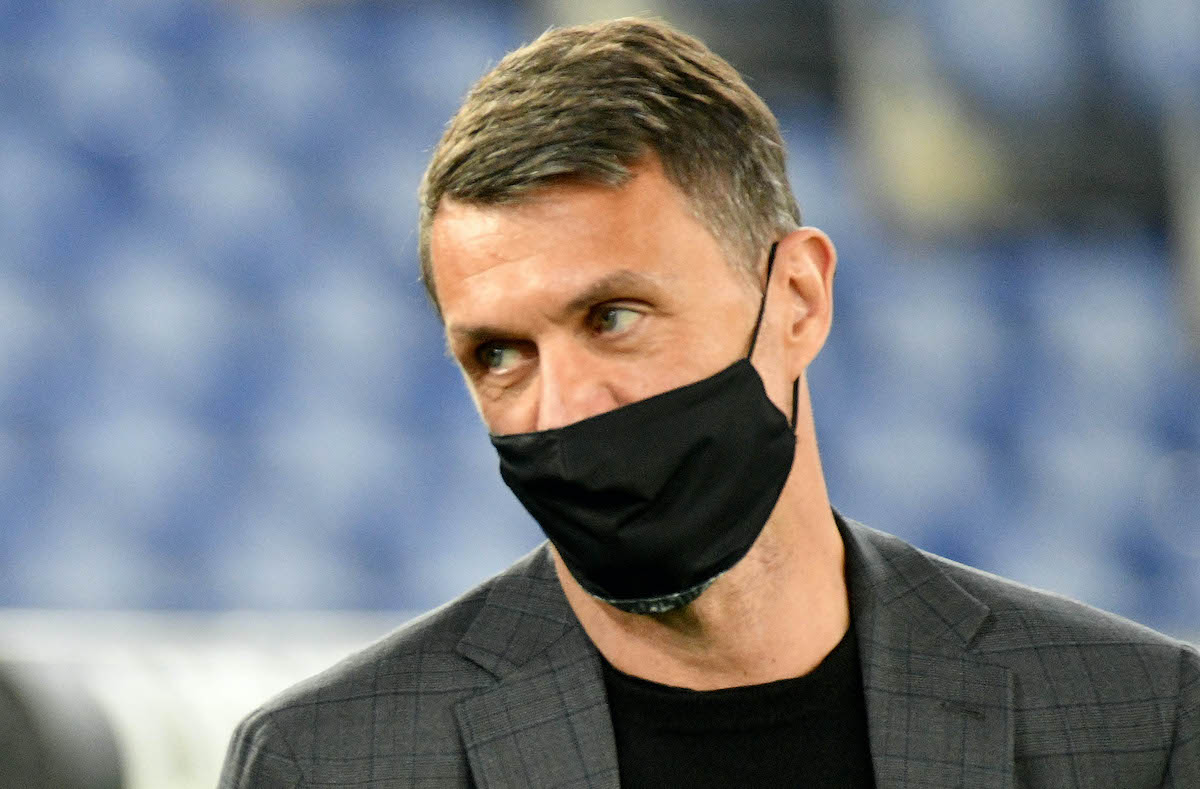 Paolo Maldini has been one of the key men behind AC Milan’s return to the top after what was several years of misery. Along with Elliott Management and Ivan Gazidis, he has helped rebuild the club off the pitch.

Having a legend like Maldini in the club, no doubt, means a lot for the environment. Not only has it helped Milan sign a few players, handpicked by Maldini, but it has also raised the level of responsibility for the players in the squad.

In a long interview with Sette, as cited by MilanNews, Maldini spoke about Italian football and the development of Milan. He reiterated that a new stadium is needed in order to grow the club and return to the absolute top.

On the stadium situation…

“Goodbye to the San Siro? I believe and hope it can be like this. It makes an impression, I realise that. For me too. My father played there, I played there, my son plays there. It was my home. Let’s keep the memories, who more than me could feel hurt by such an epochal change? San Siro is a piece of Milan’s history.

“But we need to think about this. If we want Milan and Inter to return to the top levels of European football, writing beautiful pages like those of San Siro, we need a new stadium. There are no alternatives. This is not an opinion, it is a certainty. I don’t want to erase a wonderful past. I just like to look ahead.”

Maldini was one of the protagonists in an all-Italian Champions League final in 2003, a scenario that now seems to be very far away for Italian football…

“Thinking of returning to the dominance of the early years of the new century is unreal. There will be no more owners like Berlusconi or Moratti. Money talks, it’s how the world is. Meanwhile, the others, the English Premier League but also the German Bundesliga thanks to the 2006 World Cup, organized themselves and overtook us.

“How? Simple, they rebuilt their stadiums, which is the way to generate profit and become more competitive. If we had done it first, we would have remained competitive, as Juventus demonstrated. But this hasn’t happened so far, due to the prevalence of particular interest. Investment in infrastructure is the only possible opportunity if we want to return to large European clubs. Otherwise, all that remains is to dream of the arrival of prince charming.”

On his job at Milan…

“How do I see myself in 10 years? With white hair, I hope happy. As for this job, either I do it with Milan or I don’t. I’m happy to have had this opportunity. Because I know that if I hadn’t, I would always have regretted not having tried. Also, for this reason, the future does not scare me.”

On returning to Milan…

“In the beginning, every evening I went home and told my wife that it was a disaster. I kept repeating to Leonardo, that he had wanted me with him, that I felt useless. I did not understand the administrative part of the work, I was wondering what I was doing there.”

“What did I tell Leonardo when he decided to go to PSG? What the f*ck are you saying Leo, was my reply. I felt lost. But honestly, right after that I also had the feeling of being at ease for the first time. I was back in a situation where I had no one to shield me. What I’ve always been looking for. I’m very grateful to Leonardo, the apprenticeship with him was fundamental. We talk often,” he concluded.

He also spoke about when Leonardo decided to leave the Rossoneri in favour of Paris Saint-Germain which, in hindsight, turned out to be a positive thing for the club.

READ MORE: Ibrahimovic will recover for Milan vs. Roma – the latest on the others