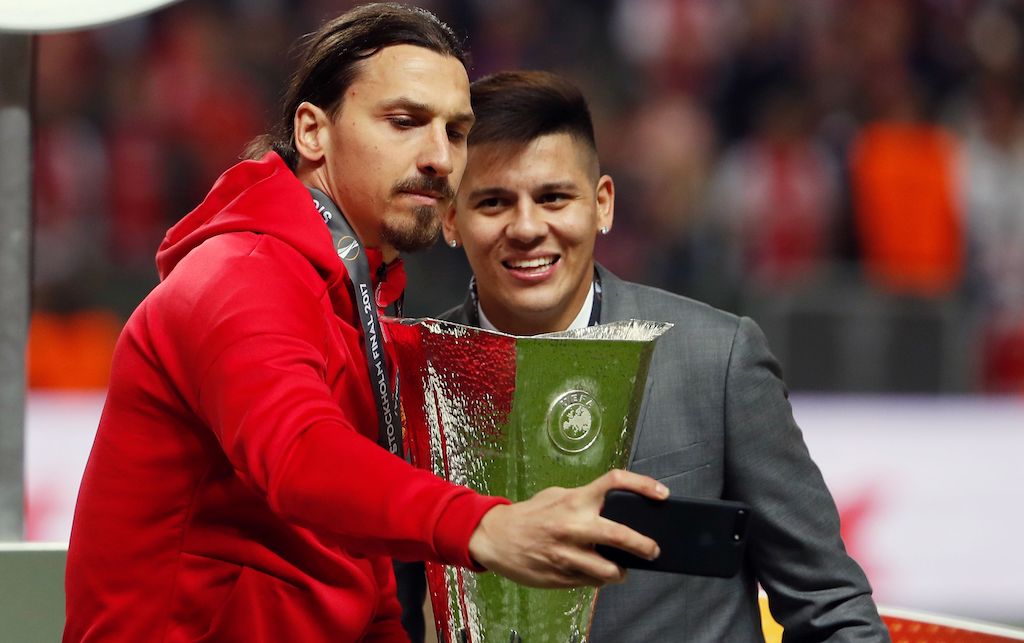 During his the time with Manchester United, it would be fair to say that Zlatan Ibrahimovic did not have a perfect relationship with all of his team-mates.

It feels like a while ago now, but back on 1 July 2016, Ibrahimović signed as a free agent for Manchester United on a one-year contract, which had the option of being extended depending on his performance.

His spell there was successful overall, as he became the oldest player to manage at least 15 goals in a single Premier League season at the age of 35 years and 125 days, something which could have been a wise bet with sport bets vulkan.

Ibrahimovic won his first major European title when United defeated Ajax in the Europa League Final in Stockholm, and he was even named in the UEFA Europa League squad of the season.

He ended up bowing out in unceremonious fashion after a knee injury disrupted his second season, and there are some of his team-mates who might have been happy when he did end up leaving.

Marcos Rojo was interviewed by infobae.com and discussed his relationship with the Swede, and he brought to light a heated dispute with him both the pitch and the in the dressing room.

“Zlatan is a tough guy, he always wants the ball for himself. In a home game we were winning and playing well,” he said.

“During one game I took the ball to the wing, Ibrahimovic approached me and asked for a pass. But I preferred to pass Pogba which was free. Ibra got angry and yells at me to give him the ball, but I reply ‘You want all the balls for you, shut up big nose!’. It was a negative reaction.

“I was afraid, because if someone hadn’t got between us he would have killed me. Then the team-mates got in the way and Mourinho was furious. Luckily it all ended there, the next day in training Ibra took me by the neck but laughed and closed the matter.”

Now, Ibrahimovic is back at Milan and there are rumours suggesting that the Rossoneri could actually reunite him with a couple of players he played with at United, in defender Eric Bailly and playmaker Jesse Lingard. Both of these have apparently been offered to Milan by their respective agents.