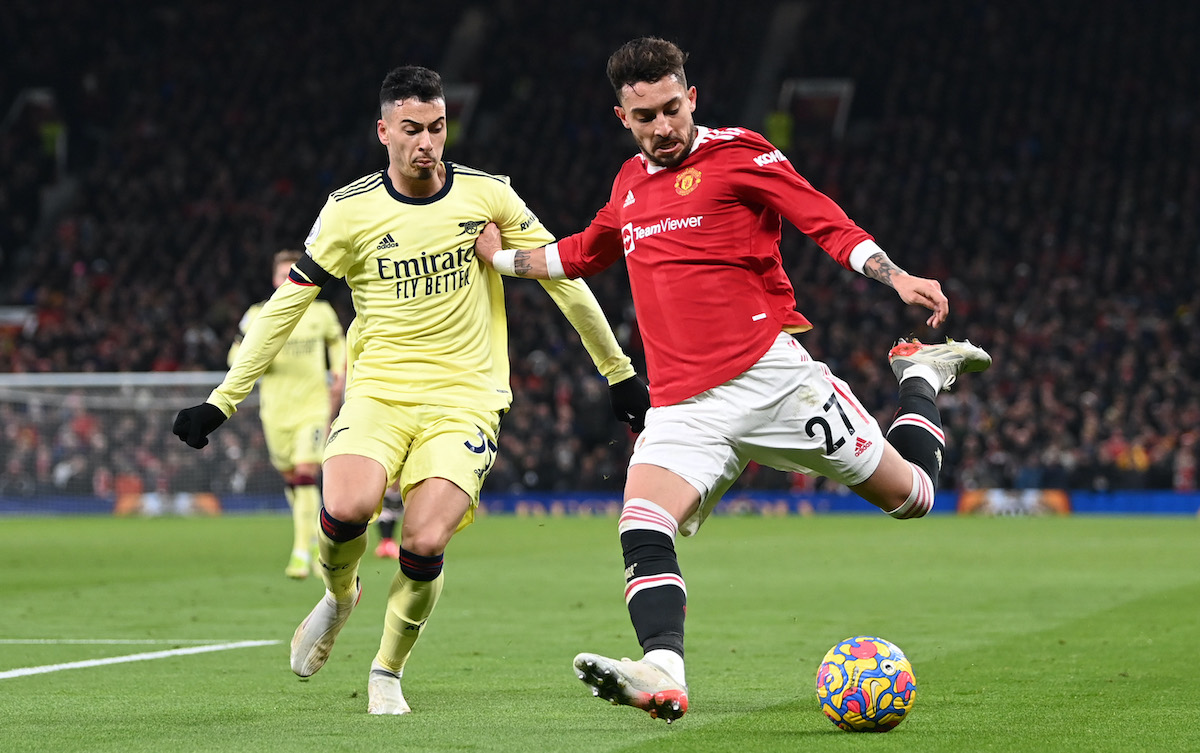 From England: Milan and Inter monitoring defender as Man Utd hold out for €15m deal

Both AC Milan and Inter are keen on signing Manchester United full-back Alex Telles, according to a report from England.

The 28-year-old has struggled for consistent playing time having been in and out of the team under Ole Gunnar Solskjaer – who has now left the club with Ralf Rangnick having arrived as interim management – and it has alerted both Milanese teams.

The Sun writes how Tellas has made just two Premier League appearances so far this season and that is why Milan and Inter are looking into a January loan deal for the ex-Porto star. However, any chance of him departing temporarily seems like a distance possibility.

United would prefer to wait for a permanent deal next summer when they expect to be able to sell for around €15m. In the meantime, Telles will have to battle for game time with Luke Shaw, who seems locked in as first choice.