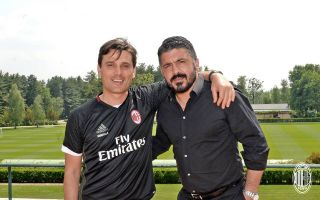 Managerial chop and change: Is sacking the boss always the answer?

Since 2014, AC Milan have had a staggering nine managers, the most recent is Stefano Pioli – a man less than a month into his new job.

As AC Milan fans will attest, though, it’s clear that the club’s problems are rooted far deeper than cosmetic managerial appointments.

Earlier this month it was reported that the club is haemorrhaging money with reported 146 million euro losses in the year to June 30, 2019 – that’s a 20 million euro increase on the previous year. The troubles aren’t just financial – after a below par start to the season, the side were 13th in Serie A after losing four from seven in the league. This poor start to the season sealed Marco Giampaolo’s fate.

There’s no denying this is a club in turmoil, but is sacking managers only to bring in a new face with similar credentials to deal with the same problem always the answer, if ever? Constant chop and change clearly hasn’t altered the fortunes of the Rossoneri and that’s also been the case for others.

No matter which league you look at across the world, at the start of each season you’d be sure to discover online football betting odds on managerial sackings. Simply put, it’s become the culture of the modern game and its need for instant results. There seems to be a trend  beginning in English football where clubs are starting to feel reluctant to make knee-jerk sackings, though. This may well be because it doesn’t actually work long-term.

In the 2018-19 season of the Premier League, five teams made managerial changes in comparison to nine teams the season before. Of those nine teams who changed their managers, three were the relegated sides – one of those clubs was West Brom who actually made two managerial changes that season alone. Half of the remaining teams didn’t see a marked improvement in performance, either.

It’s not just relegated clubs – since the departure of Carlo Ancelotti in May 2011, Chelsea’s managerial status has also been somewhat chaotic. They’ve welcomed (and also waved goodbye to) seven managers and Frank Lampard is currently at the helm as the eighth. This kind of upheaval has affected the club’s consistency, but they still managed to finish third in the league and win the Europa League trophy last season. Even so, Maurizio Sarri lost his job as manager despite what many would consider a successful term. With Lampard in charge, they’ve lost just two games from nine in the 2019/20 Premier League campaign.

The Chelsea story shows the culture of managerial chop and change seems to be lingering still, however the game is slowly identifying that this should be more of a last resort. So let’s hope that Pioli is here to stay – we’ve already identified reasons Milan fans should be optimistic about his appointment – because more than ever, the club needs some stability.

MN: Calabria the latest Milan player to undergo a resurgence under Pioli – consistency is key
27 October 2020, 20:08
Serie A Standings