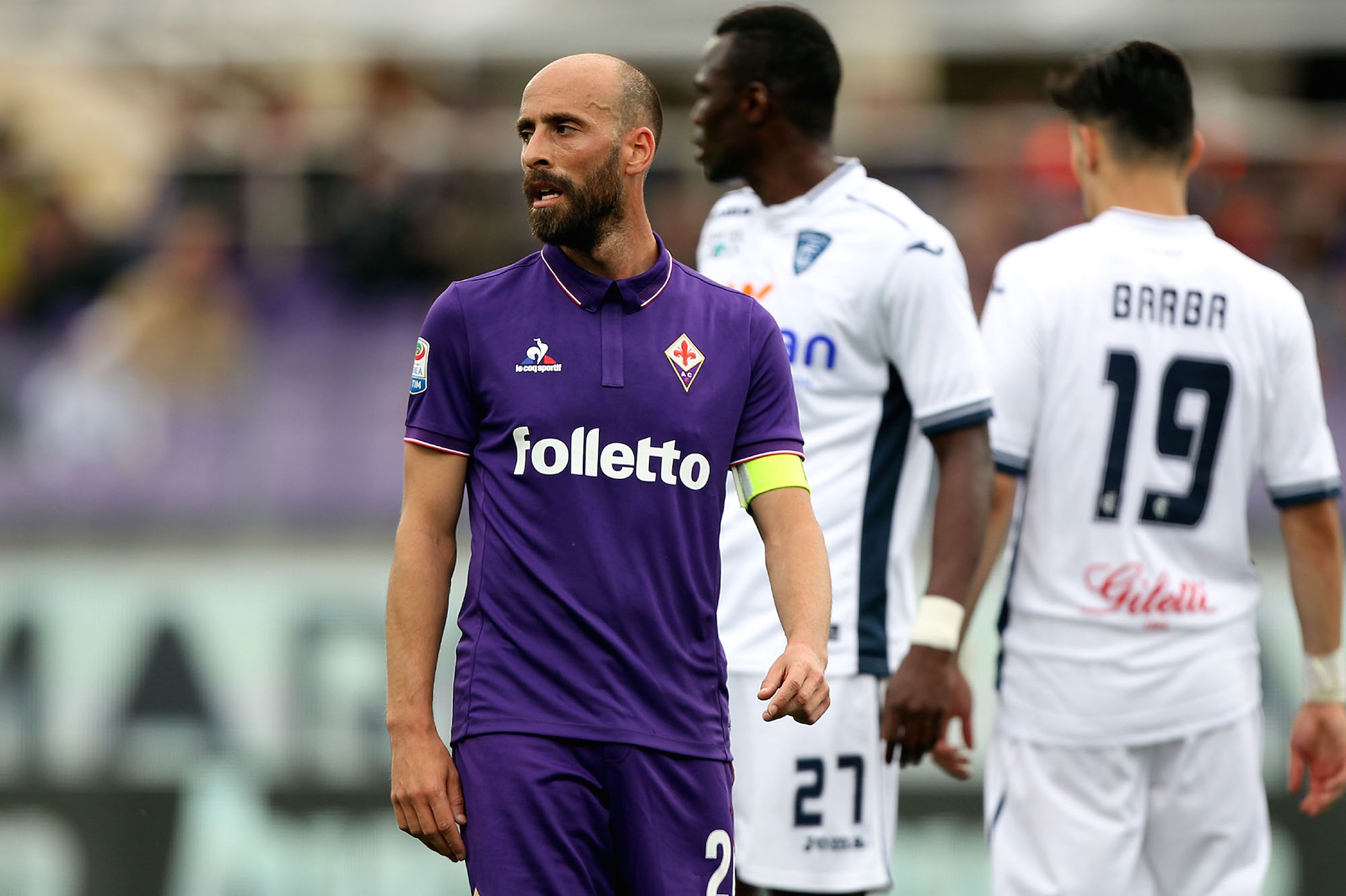 AC Milan completed one signing on Monday as they welcomed Porto striker Andre Silva to San Siro after completing a medical.

Monday’s business may not be restricted to just the young Portuguese forward however, as according to Spanish paper Marca, there may have been another deal struck.

They claim that AC Milan have all but completed a deal for Fiorentina midfielder Borja Valero, and that tomorrow will be a “decisive day” for the operation.

The former Villarreal midfielder has already reached an agreement with the leadership of Milan and his price is estimated at around €10 million.

Alongside Silva, Milan have already secured the signing of Mateo Musacchio, Franck Kessie and Ricardo Rodriguez, with rumours that deals for Emil Forsberg and Lucas Biglia could yet go through.

The Rossoneri, under new ownership, are looking to overhaul their squad ahead of a return to European football in 2017/18 – their first experience of continental competition in three seasons.