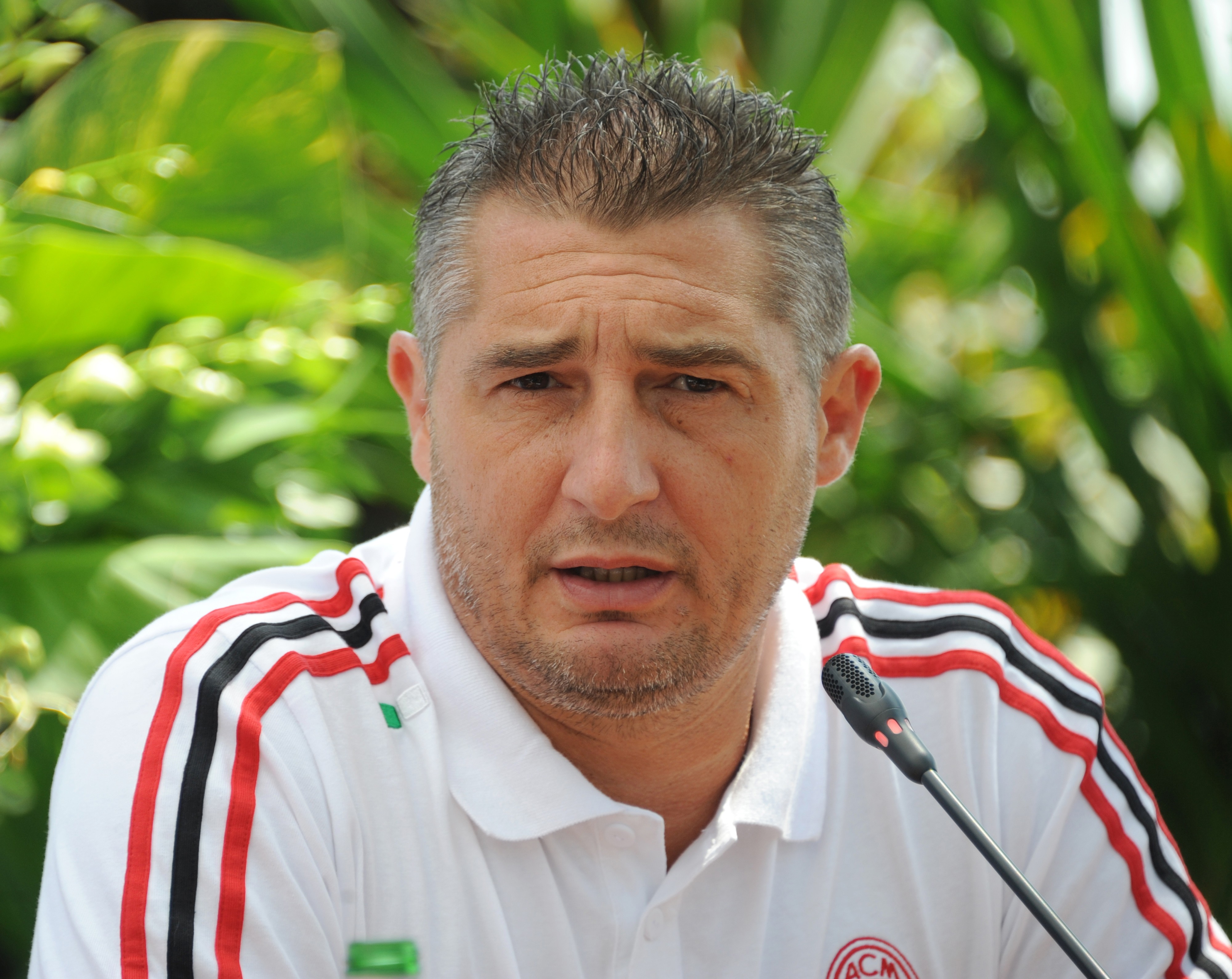 Massaro reveals the Milan shirt is a ‘second skin’ for him; praises ‘elegant’ Matteo Gabbia

Former AC Milan striker Daniele Massaro has revealed that he will be supporting the Rossoneri rather than another of his old clubs in Fiorentina on Saturday.

The Rossoneri head to Florence this weekend looking to continue their resurgence in 2020 thus far and hoping to build off Monday’s 1-0 win over Torino, a game which was far from their best under Stefano Pioli but came at the end of a congested fixture list.

Massaro played for Milan from 1986 until 1995 winning 14 major trophies in his spell at San Siro, but he also wore the Viola shirt for five years prior to his move to the Diavolo.

The 58-year-old spoke to MilanNews.it in view of the double challenge against Fiorentina as that is the next opponent for both the men’s and women’s team, starting with which team he will support.

“I was born in Milan, the AC Milan shirt is a second skin for me, I always live every game with great emotion and enthusiasm,” he said.

“Of course, when we play against Fiorentina the excitement is double because a part of my career has passed from Florence, where I had five beautiful seasons in which I grew a lot both from a personal and technical point of view.

“The coincidence has meant that less than 24 hours later, both the men’s team’s away game and the girls’ home game will be played. It is a great experience for me and I am sure they will be particularly good games to watch.

“In Florence I have beautiful memories, both for the city and for the sports experience. It was a great opportunity for a boy who was going to play in Serie A. There I understood that it would no longer be just a dream, but an extraordinary reality to be able to pursue a professional career and maybe wear my team’s jersey one day of the heart: AC Milan.

“I remember that the first thing I asked for on Sunday was Milan’s result. Other anecdotes of those years come to mind: the last one with Fiorentina was one of my best matches. That match allowed us to go to Europe, while Milan failed to hit that target. I was obviously happy on one side, less on the other. I went to Milan the following season. We reached Europe the following year.”

There is another particular coincidence that concerns both Milan’s male and female sides. On the one hand, Matteo Gabbia made his Serie A debut on Monday evening, on the other Sara Tamborini aged 18 scored her first Serie A Femminile goal.

“The value of these young players is unexplainable, Milan has done and continues to do an excellent job from the point of view of the Primavera. I am happy for Matteo Gabbia, he deserves to have this opportunity, he too, like me, dreamed of making his debut with the jersey of his favourite team and he did it very well.

“Monday evening I was in San Siro, next to Galliani, when he was entering the field I told him that he is a footballer with a great personality. Personally, I also followed Gabbia during the preseason games and he impressed me in directing the defense: he is an intelligent boy, elegant in the games. I am sure he will make a great career.

“Instead I was very surprised by Sara, very young, who joined the team this year. In spite of being just 18 years old, she proved to be very calm and not subject to pressure. She showed it with Sunday’s goal against Tavagnacco.

“I agree with Maurizio Ganz’s words: beyond the goal, the most beautiful thing that Tamborini did was reading the game, she found herself ready, it was not easy. I would also like to mention Miriam Longo among the young women.”

Massaro then discussed the evolution of the two teams during the season under the orders of Pioli and Ganz.

“Stefano is a great professional, he is giving order to the team that has found greater security and closeness.

“I remember the challenges of when he was at Juventus, at that time I was still at Fiorentina and just in the last year, when I was about to expire, I had a proposal from Juventus. Until that moment my favourite team [Milan] had not ever tried to sign me.

“Then in February 1986, after Silvio Berlusconi’s purchase of Milan, Galliani called me. I didn’t even let him finish the sentence, I immediately said yes. I know Maurizio very well, I know his qualities and I am not surprised at what he is doing with the first women’s team.”

“Unfortunately, on Saturday evening I will not be in Florence, I will see and cheer for the Rossoneri on TV. On Sunday, however, I will do everything to be at Brianteo in Monza to support Ganz and our players.

“This game is a big clash, it is worth the second place alone and a victory would allow to place a further brick towards the qualification for the Champions League. To the Rossoneri fans I say come to Brianteo on Sunday to support the women’s team. We are all part of the same big AC Milan family.”