AC Milan are gearing up to take Spezia on Monday evening, looking to extend their 100% record in 2022. Indeed, the Rossoneri have impressed despite having so many absences.

Stefano Pioli’s men followed up the 3-1 win against Roma with another convincing performance against Venezia, winning 3-0. And on Thursday evening, they bagged a 3-1 win against Genoa albeit after extra-time.

During his press conference earlier today, the manager previewed the game and also explained why the Genoa struggle could act as a wake-up call for the team. Not that they are in desperate need of one, though.

Just when the situation was looking a bit better for Pioli, with the return of Fikayo Tomori from Covid, the defender sustained a knee injury. He will be out for a month and the defensive crisis thus continues.

On the other hand, Davide Calabria has tested negative and Alessio Romagnoli is expected to do so as well in the coming days. There is no doubt, however, that the situation isn’t ideal for Pioli.

Matteo Gabbia and Pierre Kalulu have done surprisingly well in the heart of the defence but playing every game will surely take its toll on them. The return of Romagnoli will thus be very important, hopefully before the game against Juventus. 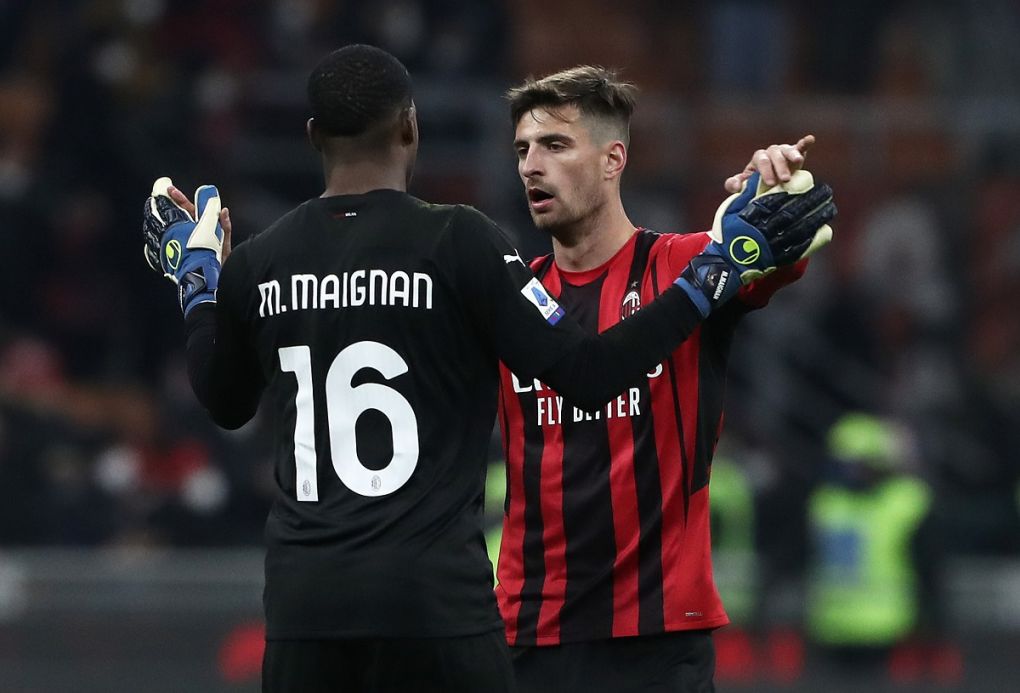 For tomorrow’s game, there is also a more evident midfield crisis as Sandro Tonali is serving a one-game suspension. This means that Tiemoue Bakayoko and Rade Krunic will partner up for the first time, hoping to keep things ticking.

In attack, however, there are plenty of options for Pioli and judging by the last few results, attack has been the best defence for Milan. Of course, the defenders have held up well but the attackers have also scored a lot of goals lately.

The entire attack will change compared to the Genoa clash as Zlatan Ibrahimovic is back from suspension, while the likes of Alexis Saelemaekers, Brahim Diaz and Rafael Leao also will get the chance from start.

Spezia were one of the big surprises last season as despite having the cheapest squad in the league, they managed to avoid relegation and finished in 15th place. The season earned their now former manager, Vincenzo Italiano, a move to Fiorentina.

The club management decided to replace Italiano with former player Thiago Motta, who had a less successful spell as coach of Genoa in the 2019/20 season. He lasted just ten games then but he has got a bit more time now.

His record in terms of points per game (0.96 with Spezia) hasn’t been much better but Spezia don’t believe sacking him is the answer. After all, they are not in the bottom three currently, with 19 points and two points ahead of Cagliari in 18th place. 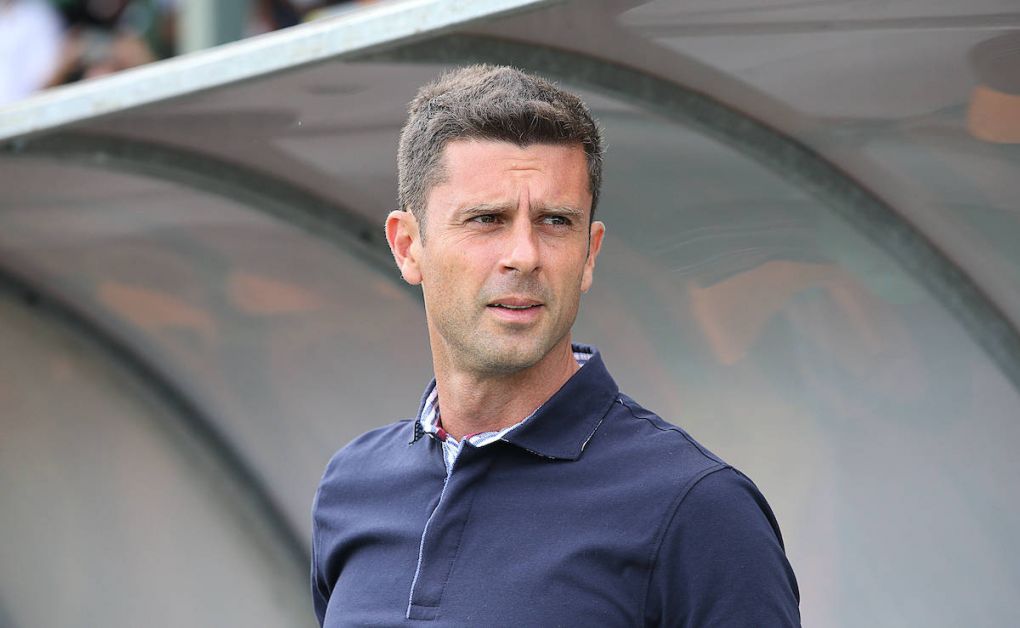 The situation is still very tough, therefore, but they have won three of their last games and one of them was away at Napoli. There might be some confidence within the team as they head into tomorrow’s clash, therefore.

Spezia have no significant absences for this game and they will be able to field a very strong XI. Simone Bastoni, who scored the wondergoal against Milan in that tough 2-0 away defeat, will start in the midfield.

Obviously, when it comes to Spezia many Milan fans will think of the infamous away game in February of 2021. The 2-0 defeat really affected the team but fortunately, it wasn’t replicated in the game earlier this season as it finished 2-1 to the Rossoneri.

In fact, Milan have won two of their three meetings with Spezia and they also have a very good record against teams in the bottom half of the table. To that, the impressive form at the start of 2022 should be added.

➤ AC Milan have won two of their three Serie A meetings against Spezia, with the other being a defeat in the second season meeting last term – 0-2 at the Picco.

➤ Spezia have lost each of their three Serie A games played at the Meazza (v Inter or AC Milan): only at the Olimpico in Rome have they played more games in the competition (four) with a 100% loss rate.

➤ Spezia have gone unbeaten in three of their five matches against sides in the top two at the start of a Serie A matchday – winning against AC Milan in February 2021 and Napoli last December, with a draw against Inter in April 2021.

➤ AC Milan have won their last three league games, scoring 3+ goals in each: they last scored 3+ goals in more consecutive matches in November 2011 (five in a row).

➤ AC Milan have won 10 of their 11 league games against sides currently in the bottom half of the Serie A table this season (D1): they are the team who have won the most points against such opponents (31, three more than Inter and Napoli).

➤ Spezia have won their last two Serie A away matches without conceding: in their previous 28 away games in the competition, they had won only five encounters and kept just three clean sheets. 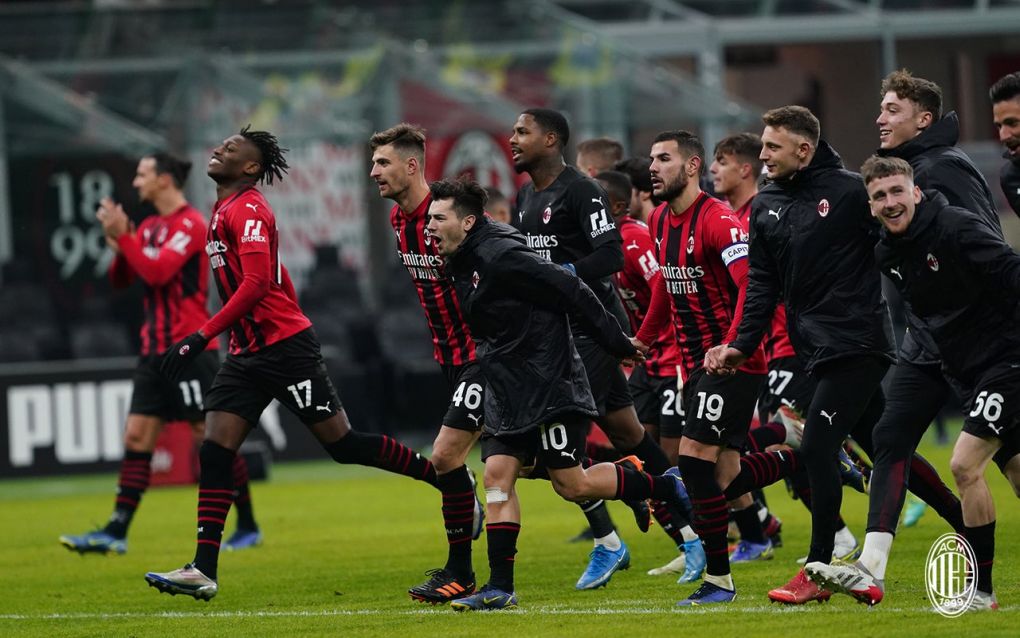 ➤ No side has scored more goals than AC Milan in the final 30 minutes of play in Serie A this season (18) – this is a period in which Spezia have scored fewer goals than any other side (7).

➤ The only time that AC Milan’s Rafael Leão has scored 2+ goals in a single Serie A game was in an October 2020 meeting against Spezia; against no other side has he scored more goals in the Italian top-flight (two).

➤ Spezia’s Simone Bastoni scored his very first Serie A goal against AC Milan, in February 2021; no player has scored more away league goals without scoring at home this term than Bastoni (three – level with Federico Bonazzoli, Riccardo Orsolini, Josip Ilicic and Nikola Kalinic).

Tonali is suspended, as mentioned, and this means that Pioli will rely on an unprecedented midfield tandem consisting of Bakayoko and Krunic. The two will be very important for the Rossoneri to contain Spezia, who like to hit their opponents on the break.

Then there is the obvious choice, namely Leao, who has been absolutely spectacular for Milan in the last few games. And with Ibrahimovic on the pitch, the winger will have a great striker to aim towards once again. 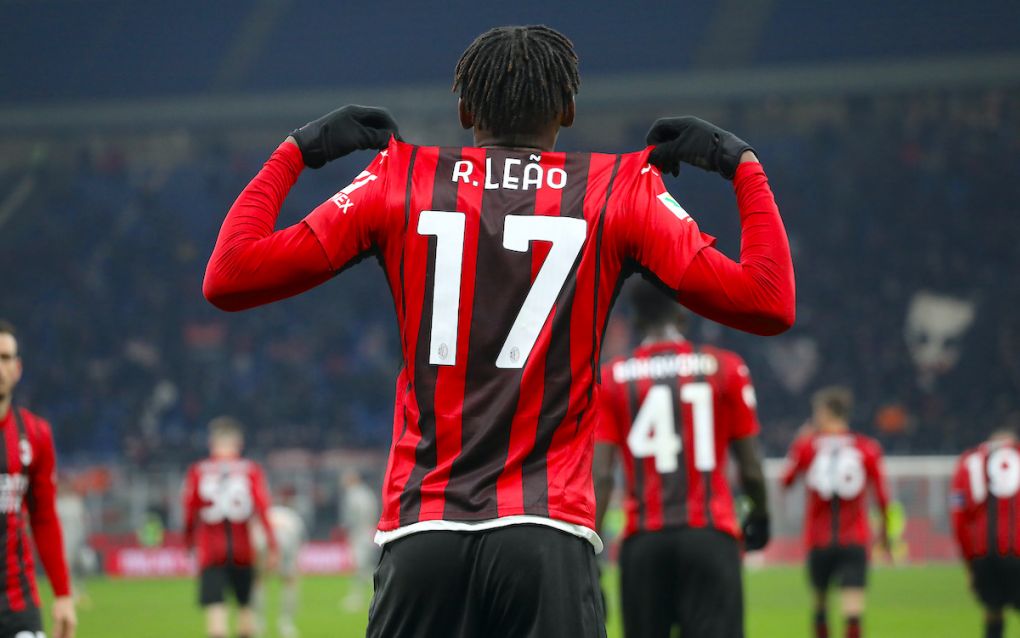 Then, of course, it will be up to Kalulu and Gabbia to guard Maignan once again. The three have started the year really well and Milan will be hoping that they can continue like that, with some important games coming up.

As for Spezia, Bastoni has already been mentioned but he actually wasn’t the last goalscorer for the team against Milan. Verde managed to get on the scoresheet in the reverse fixture and his creativity will be important for the away side.

Taking a look at the player ratings, as per WhoScored, their goalkeeper Provodel has been crucial and he will most likely have some work to do in tomorrow’s game.

Milan have started 2022 tremendously well and although the Genoa clash went to extra-time, they responded well and will be looking to prove that it was only a fluke tomorrow evening.

As said, the defensive crisis is still evident but the Rossoneri have found a great rhythm in attack and that should see them over the line in this clash as well.

READ MORE – Pioli sends strong message to Milan players over starting spots: “You must be ready”