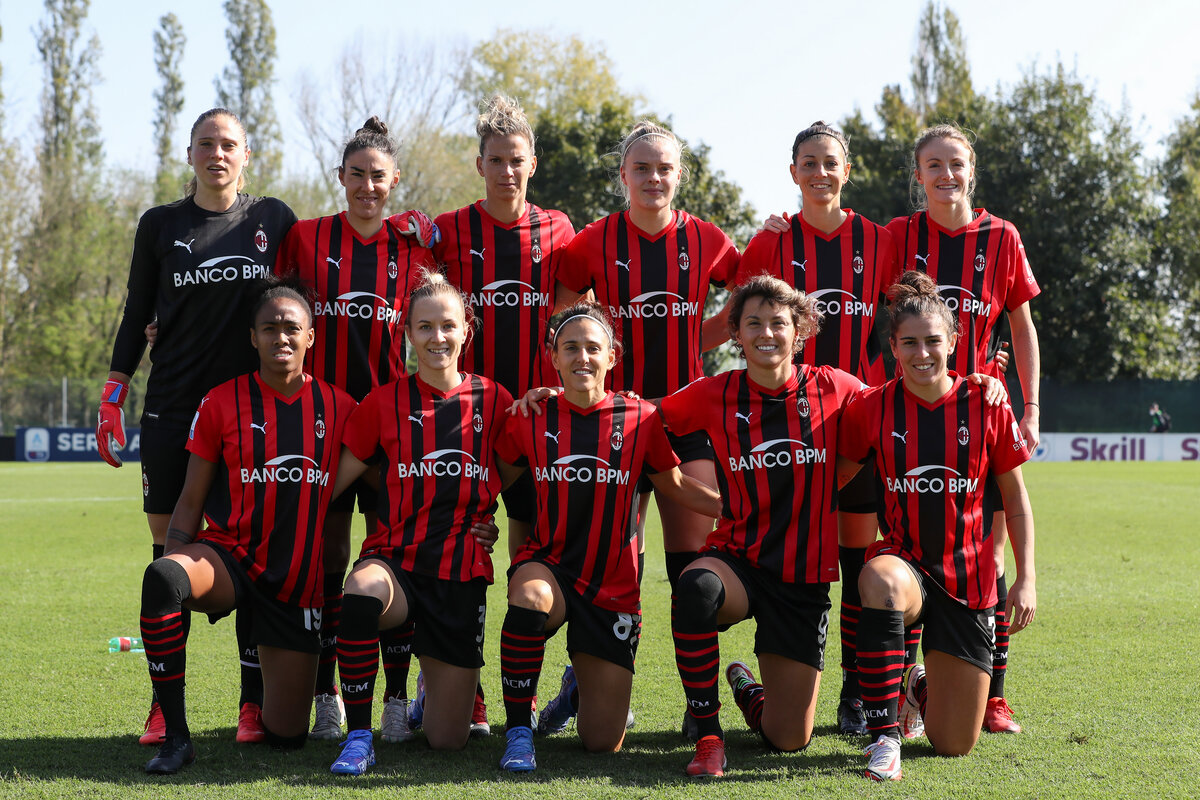 Preview: Fiorentina vs. AC Milan Women – Background, prediction and how to watch

AC Milan Women will take on ACF Fiorentina this Sunday. The kick-off is scheduled for 12:30 and down below is all you need to know ahead of the exciting clash.

Milan and Fiorentina have met six times before. They’ve met four times in the league and twice in the Coppa Italia and Super Coppa competitions. Milan has won two of those encounters while Fiorentina has won four.

The last time they met ended in a 3-1 win for La Viola. The match was a disaster for the Rossonere, as Mária Korenčiová was expelled for what was deemed a denial of a goal-scoring opportunity.

Fortunately, Milan were able to meet their objective and to qualify for the Champions League last season. The story was reversed in early 2020 when it was Fiorentina who qualified for the tournament after the Serie A Femminile season was suspended due to the COVID-19 pandemic. The Viola qualified for the tournament on the strength of their goal differential over the Rossonere.

Much has changed since then. La Viola’s previous coach, Antonio Cincotta, left the team. He now coaches Sampdoria. The team is now coached by Patrizia Panico, who is an Italian legend.

Both teams have also had mixed fortunes this season. Milan have won four games while tying one, and losing one match. Fiorentina, on the other hand, have lost three games and have won three.

La Viola will use the momentum of their win against Hellas Verona to spurn them on. Milan, in contrast, will be looking to do one better after their stalemate against Roma. They’ll be looking to win this game as they seek to meet their objectives for the season.

The formations and a prediction

Expect Milan to line up in their usual 3-4-1-2 while Fiorentina will field a 3-5-2. Milan will have the added bonus of Laia Codina returning to the line-up after she was suspended for a previous red card against Napoli. They might, however, be without Sara Thrige Andersen, as the fullback went off the pitch injured in Denmark’s qualifier against Montenegro.

It’s hard to predict the final score, but one should expect Milan to squeak out a win.

If you live in Italy, you’ll be able to watch the game on TimVision and Milan TV. Mola TV will stream the match in Indonesia while the match will be streamed on ESPN and Star Plus in Brazil.

Viaplay will also carry the game in ten different countries, ranging from The Netherlands, Scandinavia, and Poland.

The match will also be replayed on Milan’s Dailymotion page afterwards.