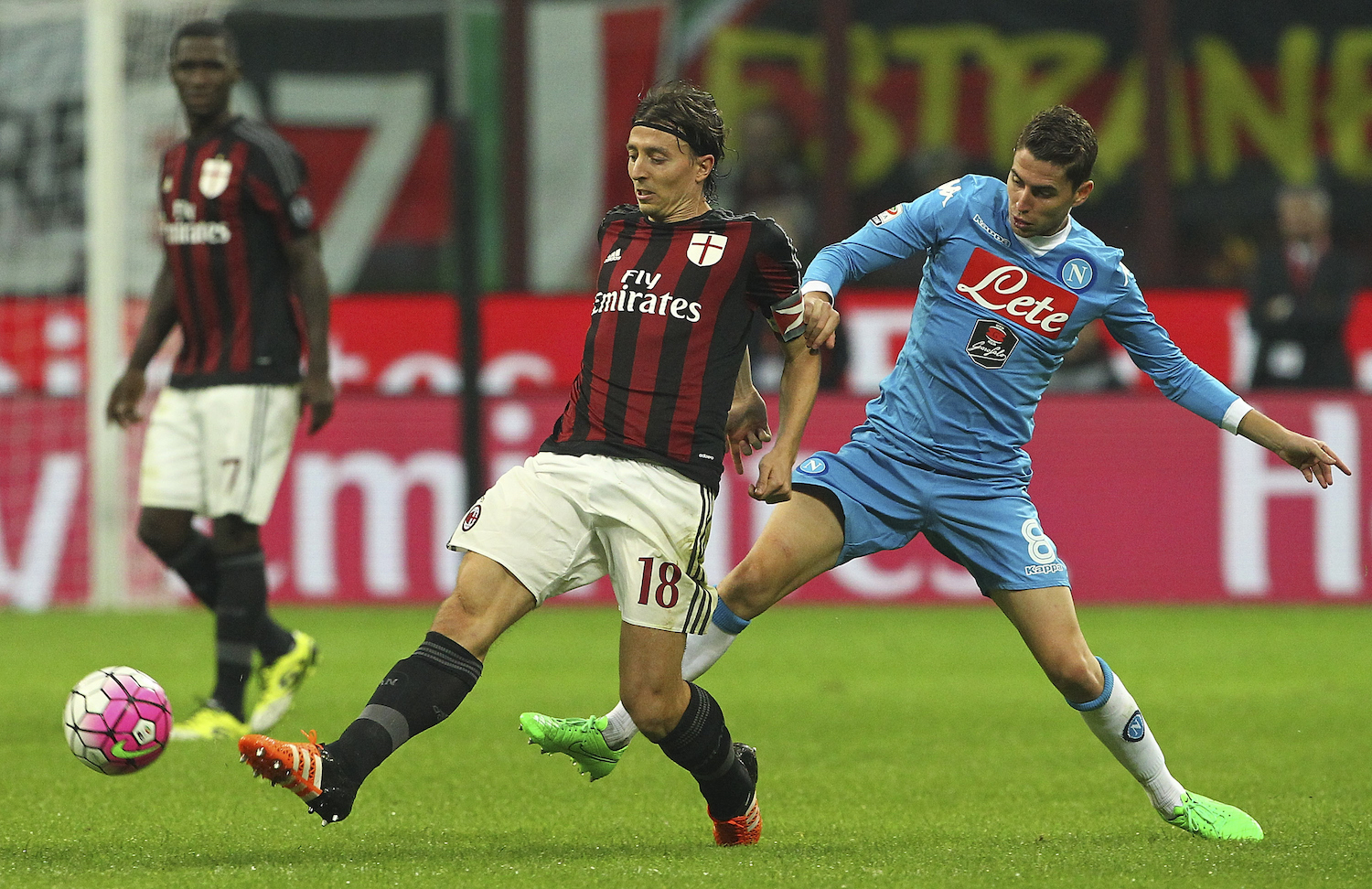 Napoli have lost two consecutive matches, and head into Monday night’s clash against Milan in poor form. In contrast, Milan are unbeaten in nine (all competitions) including six victories.

Napoli lost top of the table to Juventus, after losing 1-0. It took Juventus until the 88th minute to break the deadlock, through a Simone Zaza deflected strike. The Partenopei also fell in Europa League action on Thursday, where they lost by 1-0 against Villarreal in Spain.

Prior to that though, the Naples club had won three straight, including a 5-1 win against Empoli and a 2-0 win at Lazio.

On the other hand, Milan have finally found their form with a 4-4-2 formation, and M’Baye Niang partnering Carlos Bacca, instead of Luiz Adriano. With the Rossoneri losing just one of their last twelve Serie A matches (a 1-0 home defeat to Bologna) Sinisa Mihajlovic’s men are now in the race for a European place. 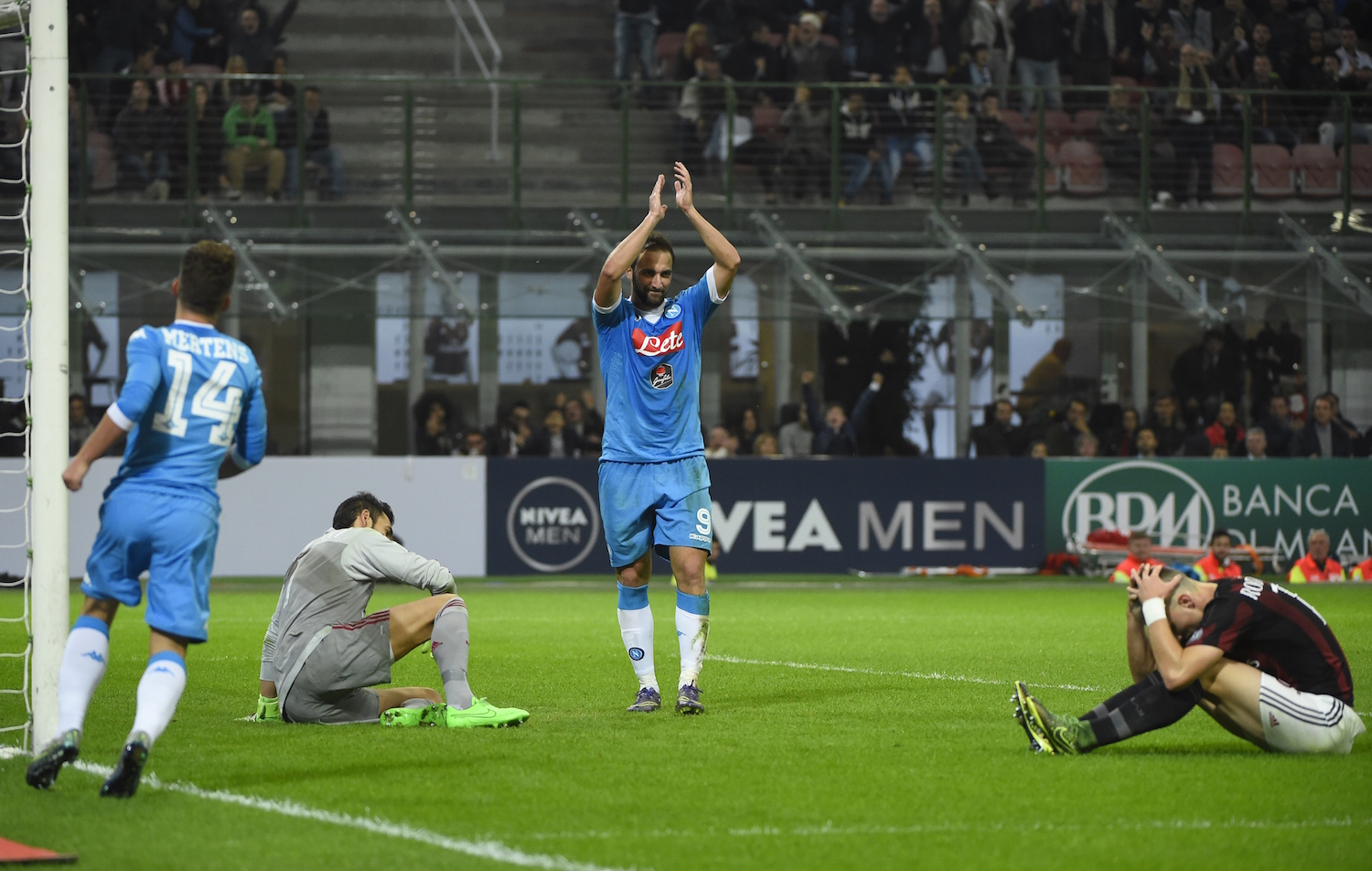 In the last five competitive matches, il Diavolo have won four and only dropped two points, those coming during a 1-1 home draw with Udinese. The wins came against Alessandria, Inter, Palermo and Genoa.

Now, they are five points behind city rivals Inter. From now until the Spring, it will also be an advantage for Milan being out of continental competition can be a big chance to achieve domestic success. Of all the teams in Europe, all but Lazio sit above Milan in the table.

Milan have further motivation in this fixture, following their 4-0 humiliation at San Siro back in October, which included a Lorenzo Insigne brace. Last Season, Milan also were hammered by Napoli at the Stadio San Paolo; they lost 3-0, after Mattia De Sciglio conceded a red card along with a penalty just seconds into the first minute, before Diego Lopez saved Higuain’s strike.

Historically speaking, Milan have a very poor record against Napoli, winning just one of the last nine meetings, home and away, with five defeats.

Mihajlovic has never won against Napoli (in a competitive match), managing five draws from 10 fixtures.

Jorginho will return for the hosts after missing the Villarreal match with the flu, while Higuain, Insigne, Allan, Raul Albiol and Faouzi Ghoulam were all on the bench for that match. Milan may have to make it without Romagnoli, but Ignazio Abate and Juraj Kucka are both back from injuries. 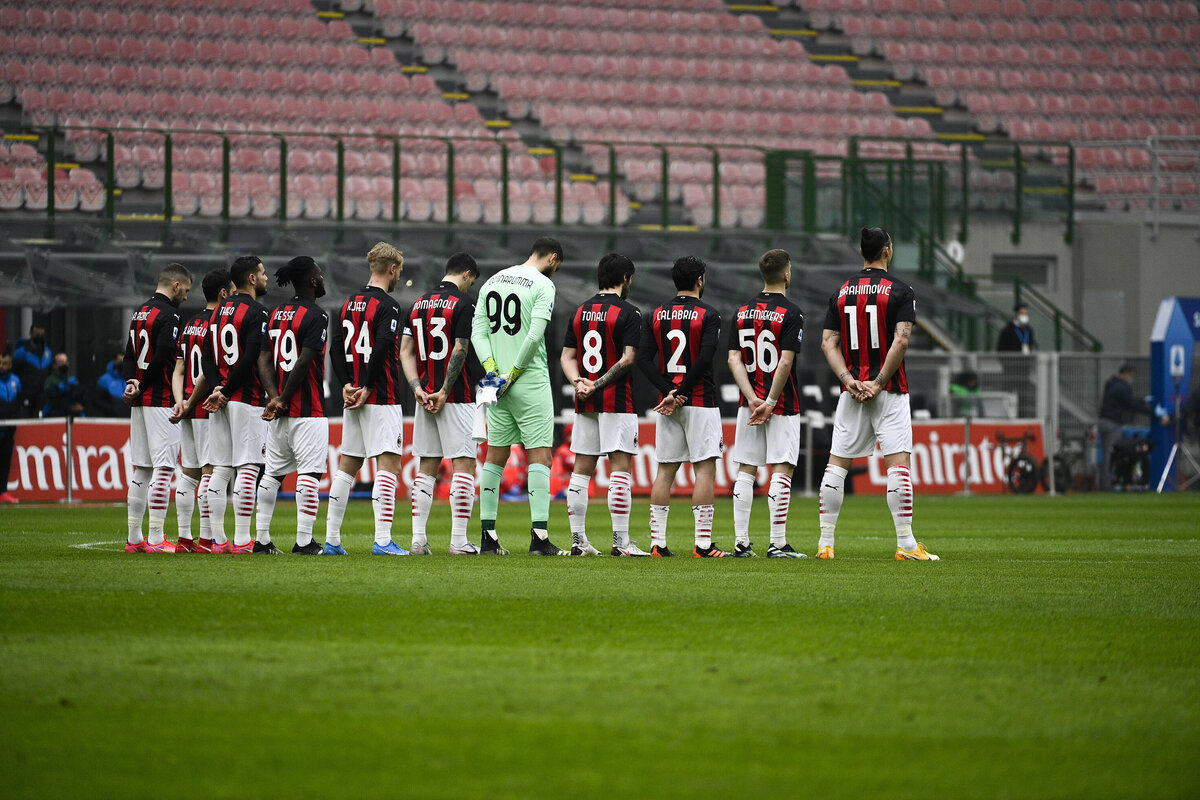 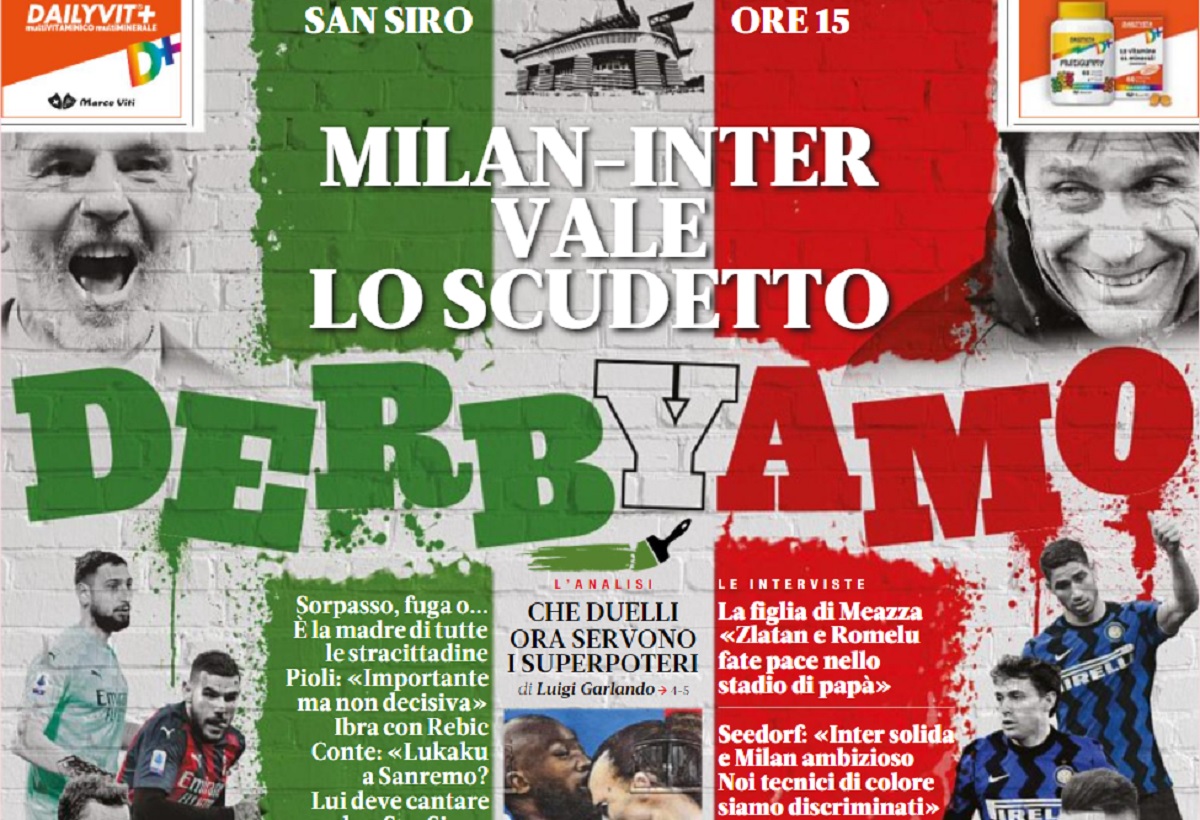