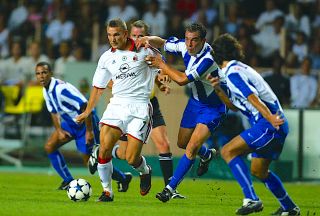 AC Milan make the trip to Portugal hoping to secure their first win of the Champions League group stages and to keep their knockout round hopes alive against Porto.

Milan have a tough ask to qualify knockout stages of the competition having lost their first two group games, and they head to the Estadio do Dragao knowing that three points are almost a necessity while they will hope that Liverpool beat Atleti so that the gap can begin to be bridged.

Stefano Pioli has labelled the next two games against Porto in the competition as ‘decisive’ but he is battling a few selection problems that mean it will be a difficult trip.

With the first group game being 3-2 defeat at Anfield against Liverpool where the team led at half-time but emerged empty-handed, they also led against Atletico Madrid at San Siro before a dodgy red card and an even more dodgy penalty gave the Spaniards three points, so a win is needed.

Mike Maignan, Theo Hernandez, Brahim Diaz, Alessandro Florenzi, Ante Rebic and the disqualified Franck Kessie are all certain to miss the game, but the good news is that Tiemoue Bakayoko has returned to training with the squad and Rade Krunic made his comeback against Hellas Verona.

MilanNews report that Olivier Giroud will be the striker with Rafa Leao on the left wing with Rebic injured, and Alexis Saelemaekers on the right side. The number 10 will either be Daniel Maldini or Rade Krunic, but to date the Bosnian seems to be the favourite. 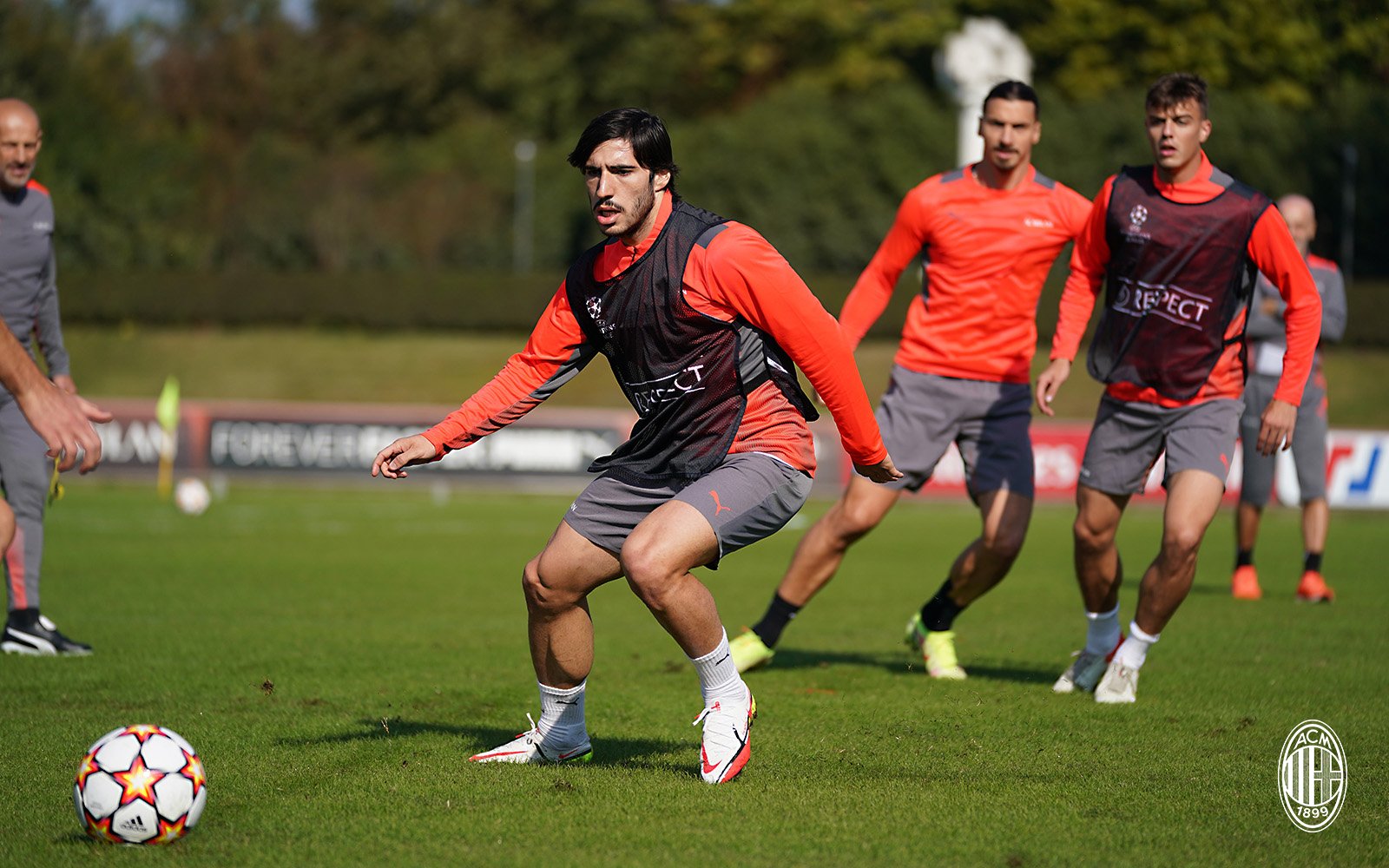 Sandro Tonali and Ismael Bennacer will be the double pivot given Franck Kessie’s suspension while Bakayoko will be back available on the bench. Ciprian Tatarusanu will be in goal with a centre-back pairing of Fikayo Tomori and Simon Kjaer ahead of him. Pierre Kalulu will be the right-back and Davide Calabria on the left as Ballo-Toure returns to being a substitute.

Porto have made a good start to their domestic season with six wins out of eight which puts them in second place, just as Milan are in Serie A. They won the league and cup in 2019-20 plus the Portuguese Supercup last season, so will be looking to add more silverware.

In the Champions League however it has been a mixed bag as they followed up an impressive goalless draw away against Atletico Madrid with a 5-1 drubbing at home against Liverpool which makes the Reds outright leaders atop the group. Porto’s most recent result was a 5-0 win in the cup, albeit against lesser opposition.

In terms of fitness problems, Otavio returned in Friday’s cup game after coming off against Liverpool but Chancel Mbemba is expected to miss out, but he is the only known absentee for the Portuguese giants.

Sergio Conceicao is a manager that likes the 4-4-2 system and we can expect the Dragões to line up in that formation with former target Jesus Corona and Champions League veteran Pepe in the back four, and the impressive Diaz wide on the right in what can function as a 4-2-2-2 with Otavio – another former target – also tucking in.

There have been eight meetings between Porto and Milan in the Champions League and the Rossoneri have won three of them, with Porto winning twice and the other three games being draws. It will be their first fixture in the competition since the 1996-97 season when Porto won 3-2 at San Siro and the return fixture was a 1-1 draw.

➤ Porto and Milan haven’t faced since the 2003 European Super Cup final, when Porto were reigning UEFA Cup champions and Milan had just won the Champions League. The Rossoneri won 1-0 with a goal from Andriy Shevchenko.

➤ Milan last played Porto in the UEFA Champions League back in the 1996-97 group stages – Porto won 3-2 at the Meazza stadium before a 1-1 draw at the Estádio das Antas, with current Porto manager Sérgio Conceição playing for them in both matches. Porto finished top of the group that year, with Milan
eliminated in third-place.

➤ Including qualifying matches, seven of Milan’s eight away matches in UEFA competitions in Portugal have ended as a draw (W1), with their only win coming against Porto in March 1993, a 1-0 victory courtesy of a Jean-Pierre Papin goal.

➤ Porto have lost their last two home games in the UEFA Champions League (0-2 v Chelsea and 1-5 v Liverpool), and will be looking to avoid suffering three consecutive home defeats in the competition for the first time in their history.

➤ Milan suffered a 3-2 defeat to Liverpool at Anfield in their opening away UEFA Champions League match of 2021-22, last losing consecutive away European games back in April 2012, against Arsenal and Barcelona in this competition.

➤ Porto have kept a clean sheet in six of their last seven games in the group stage of the UEFA Champions League (W4 D2 L1), however they conceded five times in their last outing in the competition against Liverpool.

➤ Among players who have registered 500+ minutes in the competition since the start of last season, FC Porto winger Luis Díaz leads all players in the UEFA Champions League for the furthest average carry distance – the Colombian has made 79 carries in total, at an average of 14.2 metres in distance covered.

➤ Milan pair Rafael Leão and Brahim Díaz have either scored or assisted in both of their two UEFA Champions League appearances this season. The last player to be directly involved in a goal in three consecutive appearances in the competition for AC Milan was Zlatan Ibrahimovic in the 2011-12 campaign
(five in a row).

➤ Milan’s Theo Hernández has carried the ball 282 metres upfield in the UEFA Champions League so far this season (from 24 total carries); the third-furthest of any full back in the competition, behind only Liverpool’s Andy Robertson (383m) and Bayern München’s Alphonso Davies (382m).

For Milan the eye will be on how the players perform who have been asked to step in for the established starters. Ciprian Tatarusanu will have to use all his experience in his first Champions League start of the season, as will Pierre Kalulu on the right side of defence.

Rade Krunic will be asked to perform duties on and off the ball and of course eyes will be on Leao to perform in his home country having played for Porto’s rivals Sporting CP, while Pioli will hope Giroud is fit and ready to fire. 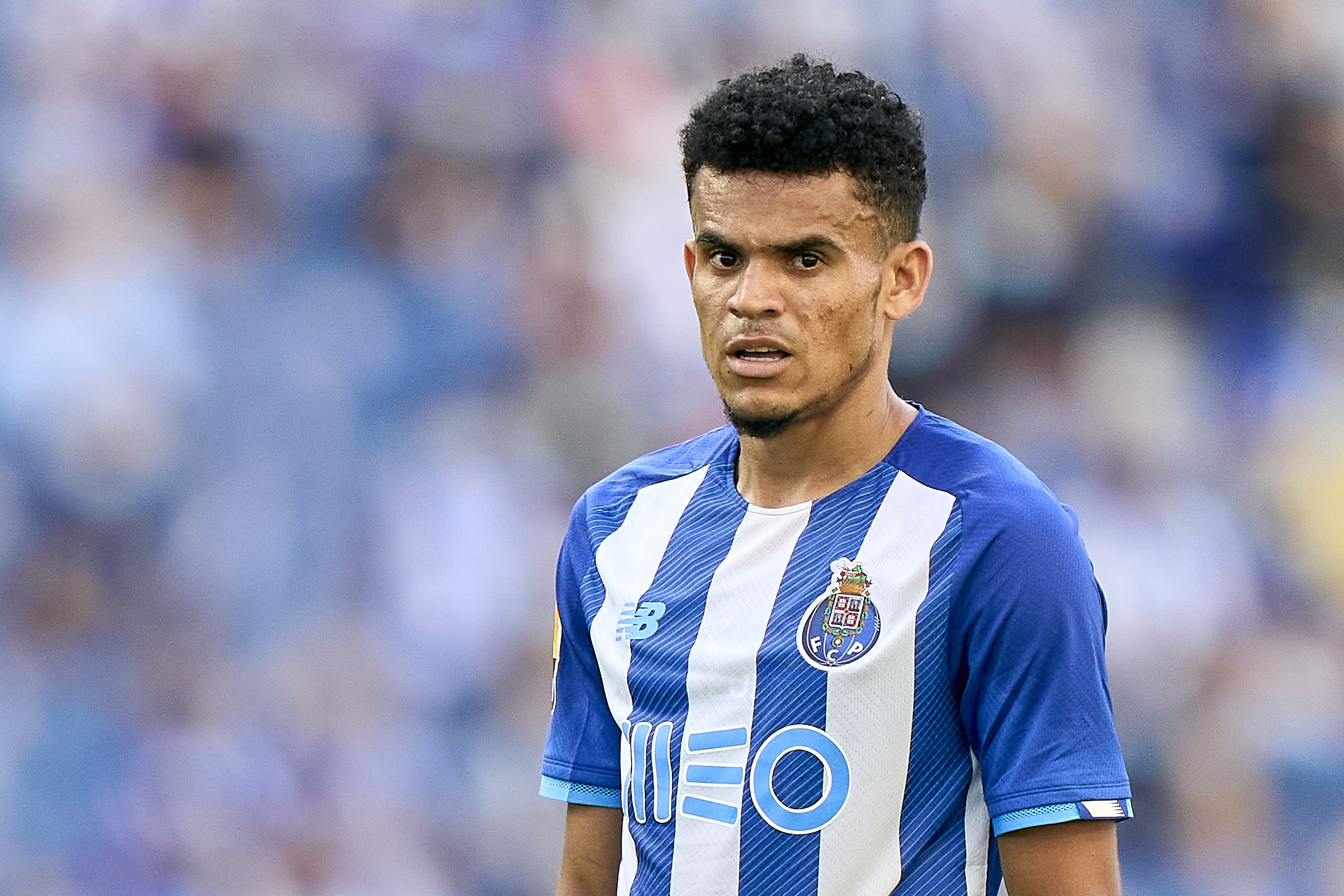 There is no doubting that Luis Diaz is the man of the moment for Porto. The 24-year-old Colombian forward has six goals to his name plus an assist already in the current campaign making him the top scorer.

The front two of Martinez and Taremi have combined for seven goals as well though, while Pepe against either Giroud or potentially Ibrahimovic later in the game promises to be a fascinating battle.

This really is a do or die game for both teams which should in theory eliminate any possibility of a stale game or a low scoring draw. The depth has been hit for Milan but Pioli’s men have a knack for pulling through adversity to get needed results so there is no reason not to have some faith.