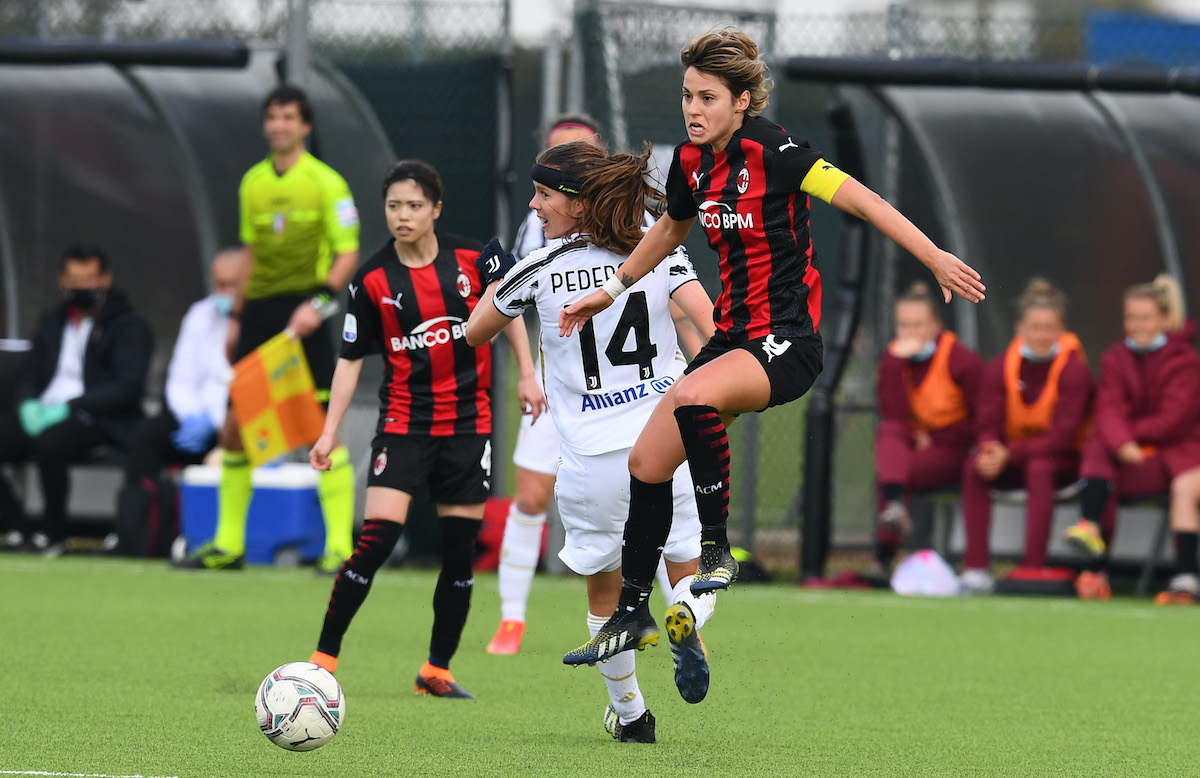 Preview: Juventus vs. AC Milan Women – Background, prediction and how to watch

AC Milan will take on Juventus this afternoon at 15:00 CET looking to record what would be a huge win in the team’s quest for a top two finish.

Here’s a preview of what you need to know before the game.

Milan and Juventus have met seven times in the past, both in the league and in the Coppa Italia. The first meeting ended in a 3-0 win for Milan. Since then, the Rossonere have tied Juve twice and lost to them four times.

Their last meeting ended in a 4-0 win for the Bianconere. Juventus have yet to lose a game since then, as they’ve won a record 34 consecutive matches in Serie A. They are a well-oiled machine and it will be next to near impossible to stop them.

The Bianconere have an advantage over Milan in several key areas but the one place where they truly outshine them is in terms of their depth. Juve have a strong starting eleven that is crowned by the likes of Cristiana Girelli and Barbara Bonansea, both of whom were named to The Guardian’s Top 100 footballers list. They also have several other quality players, including the likes of Lina Hurtig, Agnese Bonfantini, Cecilia Salvai, Sara Gama, and Lisa Boattin. Juve not only has a strong starting lineup but ample depth on their bench they can rely upon.

Milan, on the other hand, are currently dealing with an injury crisis that has depleted their ranks. It has been confirmed that Laia Codina and Christy Grimshaw will miss the match due to muscle injuries. Furthermore, the refusal to convene Vero means that the Rossonere will once again, be without one of their best players.

The match between Milan and Juve will also see Laura Giuliani face her former team for the first time after she left them over the summer. And she’ll do so while playing for a Milan whose ranks have thinned and who is in the midst of turmoil.

The goalkeeper is one of the world’s best, but even she will most definitely have a tough time keeping a clean sheet under these circumstances.

Milan were already up against it, but injuries to Codina and Grimshaw and the refusal to convene Vero will be a difficult challenge for the team to overcome.

It’s hard to see the team winning this game under these circumstances. The only best thing that they can hope for is to not concede too many goals.

A loss against Juve will also mean the team will potentially move down to sixth place on the table if AS Roma beat Lazio in the first ever Derby della Capitale. However, the team doesn’t seem like it has the will to overcome these insurmountable odds.

For everyone else, check your local listings. And as usual, you’ll be able to watch the game on the Dailymotion page afterward.