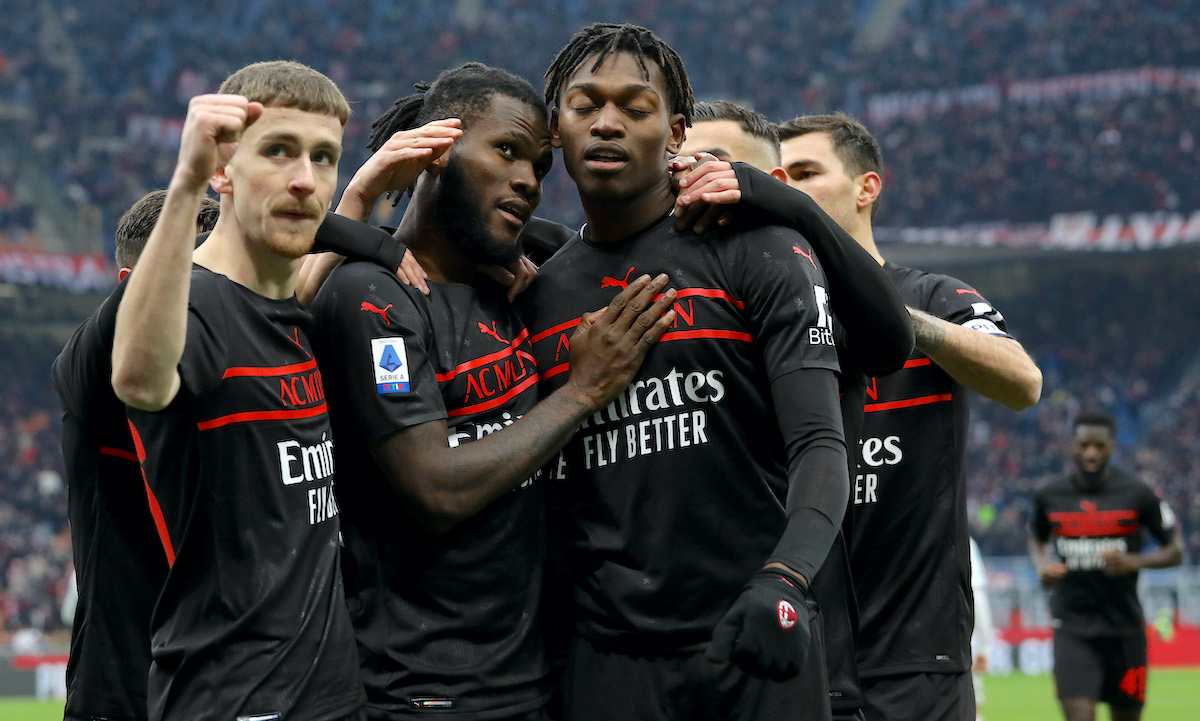 AC Milan 2-0 Salernitana: Comfortable win for the Rossoneri as Kessie and Saelemaekers score

AC Milan made it back-to-back wins in Serie A as they recorded a fairly comfortable 2-0 win over Salernitana at San Siro this afternoon.

It was two goals in the first 20 minutes that were enough to set the Rossoneri up for a straightforward afternoon as Franck Kessie got the first inside the opening five minutes, tucking away a feed from Rafael Leao.

The second goal came courtesy of Alexis Saelemaekers as the Belgian got on the scoresheet for the first time this season, cutting in from the right and finishing into the far corner.

The second half was actually quite a wasteful performance from Milan as they missed numerous big opportunities to fully put the game to bed, but it is another three points that puts some pressure back on Inter and Napoli who play Roma and Atalanta respectively.

Stefano Pioli made a number of changes to his starting line-up from the one that beat Genoa in midweek with Alessio Romagnoli back from suspension to replace the injured Simon Kjaer, Tiemoue Bakayoko coming into the midfield plus Alexis Saelemaekers, Rafael Leao and Pietro Pellegri in the attacking department.

It took Milan less than five minutes to open the scoring as they netted with the first real attack of the game. A surging run down the left wing from Rafael Leao saw the Portuguese winger cut the ball back into a dangerous area just in front of the penalty spot, where Kessie was waiting to finish first time into the far corner.

The home side continued to dominate the opening stages of the game and twice came close again before the 15-minute mark, with Brahim Diaz and Saelemaekers each firing wide from around the edge of the box.

The last thing Milan needed was another injury problem, but Pellegri pulled up after a quarter of an hour holding his thigh, forcing him off. Rade Krunic came on which seemed to indicate a shift to playing with a more fluid front four.

In the 18th minute, the Rossoneri got the second goal that their early pressure had been threatening as Saelemaekers got a long-awaited goal. Brahim Diaz led a counter-attack down the middle and rolled the ball to the Belgian, who cut in from the right side and finished with a wonderful low curling shot into the far corner.

Pioli’s men began to play with even more confidence off the back of the second goal, and Rafael Leao could have put the game pretty much to bed early but slipped while receiving a ball from Brahim Diaz. Theo Hernandez shot narrowly wide not long after.

Milan’s high press continued to spring them chances and Leao again slipped it a vital moment after Brahim Diaz had flicked a pass from Krunic into his path with the goal almost gaping.

Four minutes before the break Krunic had a chance to get a goal himself as Kessie slipped a ball through to the Bosnian on the right side of the box and he evaded a sliding challenge before forcing a save from Belec.

Another chance went begging right on the stroke of half-time when Leao’s shot was blocked and looped into the path of Kessie who volleyed just wide of the post.

Pioli chose to make a couple of changes at the break as Junior Messias and Ismael Bennacer both came on for Leao and Bakayoko respectively.

Florenzi continued to have a bright game down the right side and his teasing cross was very close to being converted by Kessie who was sliding at the far post.

On the hour mark Milan made another change as Fode Ballo-Toure came on at left-back, with Theo Hernandez getting a rest.

Belec was called into action to make a scooping save after Krunic drilled a tempting low cross in towards Brahim Diaz, where any touch from the Spaniard would have almost certainly resulted in a goal.

The Salernitana goalkeeper was having an excellent second half and he denied Junior Messias a fourth goal in four games as he shaped a shot towards the top corner.

Wastefulness continued to be the theme of Milan’s performance as they could have had six or seven but for better finishing. With 12 minutes to go, Sandro Tonali came on to give Kessie a breather.

Brahim Diaz had an opportunity that he quite simply had to score as Milan won the ball back high up the pitch and he was put through on goal, yet the Spaniard somehow slotted it wide having dropped Belec to this ground.

The last chance of the game fell for Milan to Florenzi but he couldn’t beat an inspired Belec as the three minutes of added time petered out.