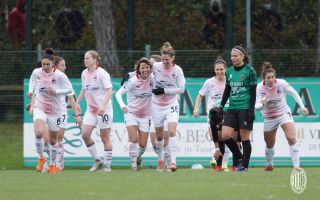 The AC Milan Women beat Florentia by a score of 2-1 on Sunday. With that win, Milan remain in the race for a spot in next season’s Champions league and are keeping apace with Juve at the top of the standings.

Here are the main highlights from the game… 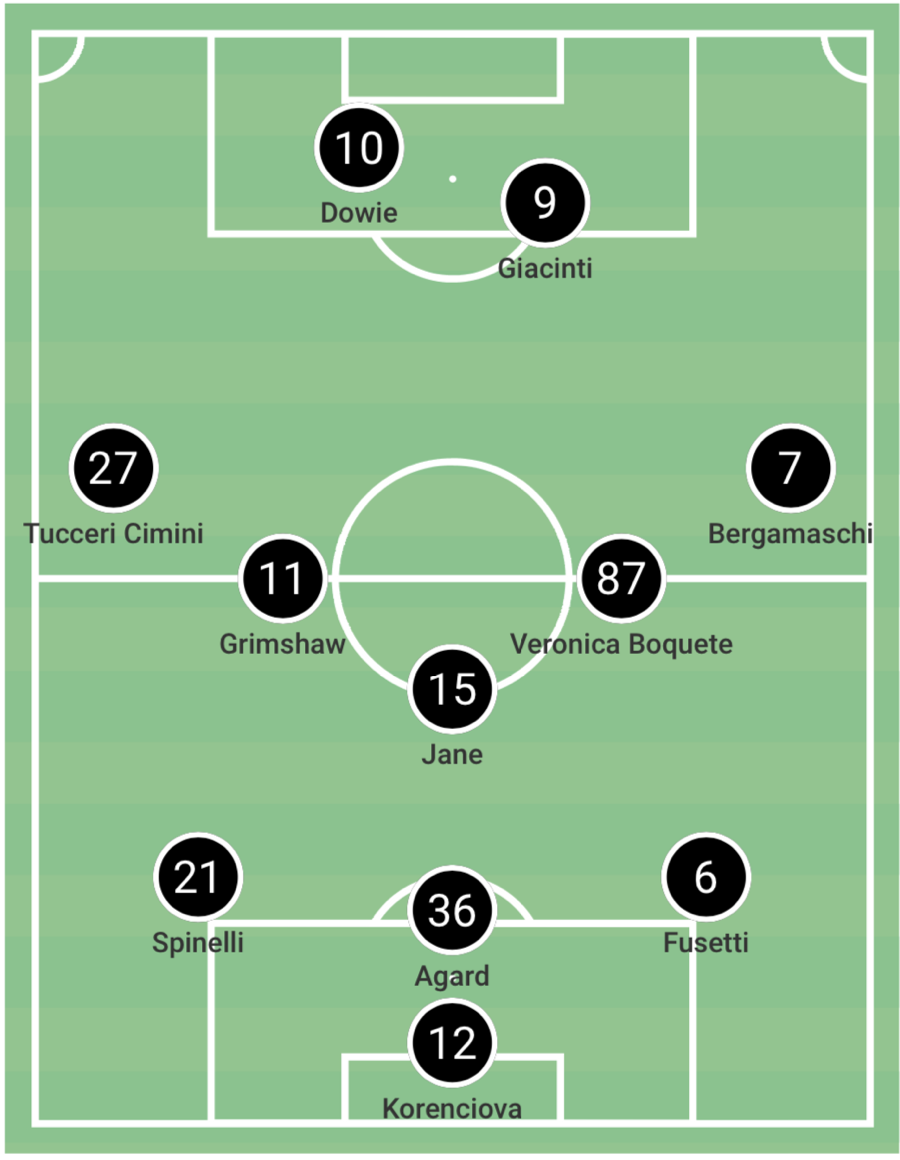 Milan played in this formation for the entire match, with the only change coming via substitutions in the latter half of the game. The most notable of which was Dominika Čonč being fielded as a false nine alongside Natasha Dowie, when she was substituted into the game at the 92nd minute.

While the team has played badly under the 3-5-2 in the past, they seem to be finding their groove now. The formation was a good counter to the Neroverde’s 4-3-3, as playing three at the back allowed Milan to handle any combination of the opponent’s forwards while the fullbacks were well-positioned to intercept the opposition’s wide players before they could advance too far.

The Rossonere dominated this match and successfully snuffed out most of Florentia’s attacks while managing to secure a two-goal win.

Captain Valentina Giacinti was one of the standouts of the match as she scored both of Milan’s goals. And by doing so, she also ensured that Milan would end the match with all three points. Lord knows where we’d be without her.

Once again, Verónica Boquete was simply outstanding during this match.

Whether it was creating chances, carving out space for herself, or collecting and distributing balls, Vero put on a clinic. She was simply fantastic to watch. She’s also forming a fine partnership with Giacinti and their budding chemistry will make them a formidable duo in the future.

If there was truly one MVP during this match, then it would be Mária Korenčiová .

The keeper was truly impressive during this match. The Neroverde attempted six shots on goal and only scored one goal. Korenčiová managed to save the rest. Her ball distribution during the match was excellent, as the keeper had an 82% long pass accuracy.

Without Maria’s heroics, Milan wouldn’t have been able to win this match. Therefore, she deserves top honors for her performance.

Refiloe Jane and Valentina Bergamaschi deserve a special mention for their performances, as both players had great matches.

Jane in particular, was invaluable during this match, as her ability to read plays and disrupt the opposition were immeasurable. Her ability to intercept balls and redistribute them were instrumental winning this match.

Natasha Dowie also deserves praise for her dogged determination as well. All three of them put on a great performance and should be lauded for it.

During this match, Milan dominated possession as they had the ball 54% of the time. They also had 19 to 20 shots on goal, with eight of them being on target. Only two of those shots were converted, and both goals were scored by Valentina Giacinti.

Florentia, on the other hand, had 46% of possession and attempted six shots on goal, with two of those shots being on target. However, they managed to convert just the one, courtesy of forward Federica Anghileri.

Milan’s defense was uncharacteristically shaky as a rare lapse of form allowed Anghileri to score. Despite this, the Rossonere still have the best defense in the league as they’ve only let five goals past them. 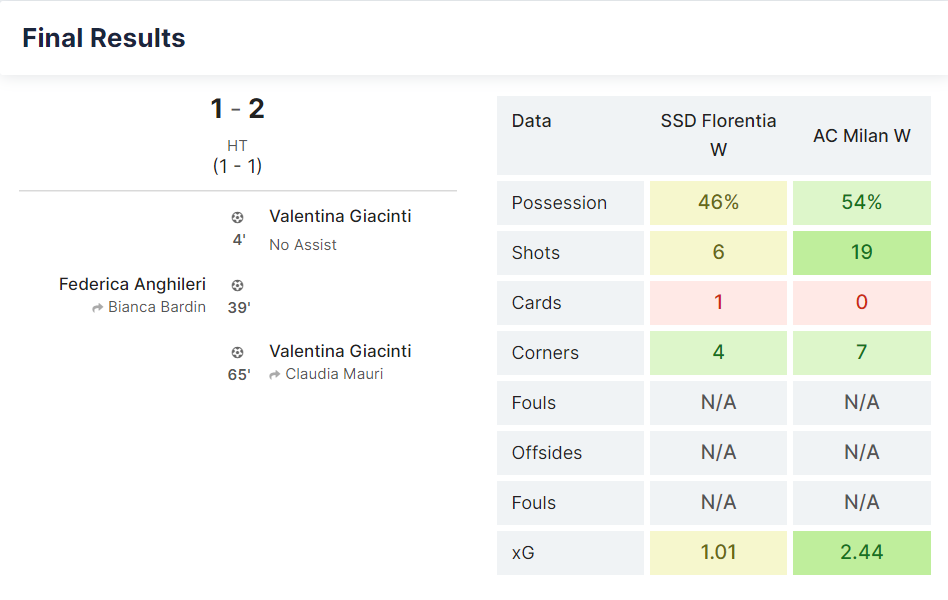 The only thing to draw from this is that Milan has to work on those mental lapses if they want to continue their run of form and still have the best defense in the league.

Aside from this, the team should be commended for putting on a good performance.

With this win, Milan made history as well. This it the first time they’ve been able to beat Florentia in their home stadium. This should give the Rossonere added confidence going forward, as it will instill in them the belief that anything is possible and that they can, in fact, achieve their goals for the season.

Unfortunately, there is no word on whether the match will be broadcast on any platform.

This aside, look for the Rossonere to continue their fine form and to secure a win on Sunday.