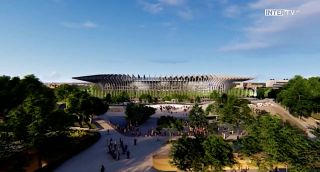 AC Milan and Inter will soon talk to Mayor Beppe Sala about the new stadium project, he has announced.

The Milanese clubs remain intent on building a new state of the art stadium to replace San Siro, a structure that is nearing 100 years old, but the project was put on stand-by because of Covid at first and then because of the elections.

Sala was re-elected as they mayor and he has been vocal about his support for the project since initial scepticism about the feasibility of the plans, and he announced in a press conference that next week he will see Milan and Inter.

“I think I’ll meet the teams next week, we’re talking. As promised, we will restart with the dialogue,” he said (via MilanLive).

Sala has previously declared that if it were exclusively up to him the construction would start immediately but there are doubts about the volume of the project and how the surrounding areas (and its residents) will be affected, as well as the financial situation of Inter given their huge losses and debts.