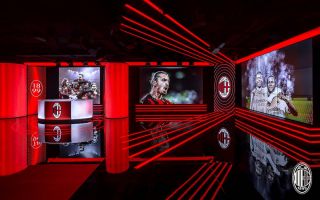 AC Milan’s new digital media & The Studios director – Lamberto Siega – has outlined the club’s vision from a marketing and communications point of view.

Last month, the Rossoneri officially launched ‘The Studios: Milan Media House’ which aims to be an innovative new media hub for all things Milan. A statement on the official website describes the project as ‘a new innovative, self-owned media hub of the Rossoneri, which centralises the creation, production and distribution of all of the Club’s audiovisual content’.

The new state-of-the-art Studios is the culmination of a two-year process undertaken since the arrival of Elliott Management in 2018 and opens various business opportunities, and it has also been combined with some new staff members too.

Siego spoke to Off The Pitch in an interview relayed by Calcio & Finanza and discussed the club’s strategy from a marketing standpoint.

“In the last 14 months we have launched four new distribution platforms and more will arrive soon. Each platform has a specific audience, its rules defined when it comes to content and format, and monetisation is not always immediate,” he said.

“As a modern and innovative club, the goal is to become an entertainment company. We want to involve more than 500 million fans around the world. By engaging I mean being able to capture a good percentage of their time spent on media platforms.

“As people spend more time on digital media, their ability to concentrate is shrinking. As a result, only original, creative, unique and compelling content can actually help us in our goal. This is an ongoing process which will take time to become a reality. While Milan’s digital transformation is not yet complete, the launch of the Studios is essential to keep it in the right direction.”