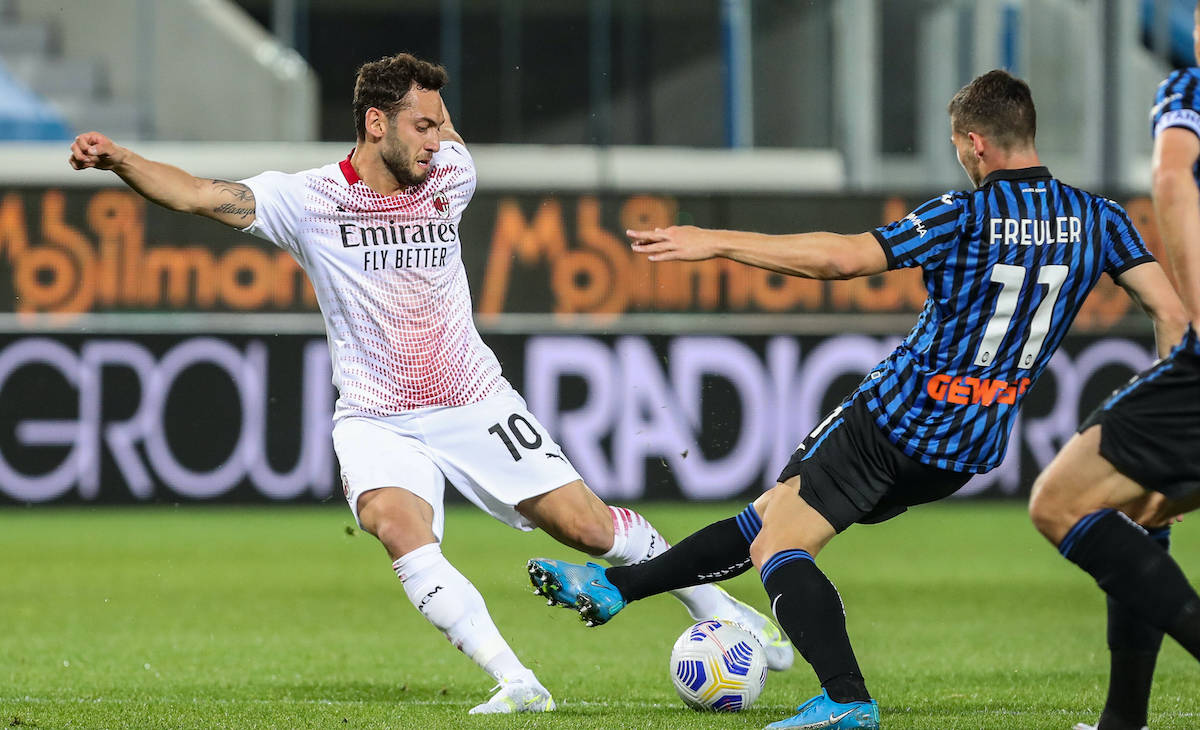 Mediaset: Calhanoglu’s renewal on stand-by amid offer from Qatar – Milan’s stance is firm

Hakan Calhanoglu could join Gianluigi Donnarumma in leaving AC Milan on a free transfer this summer as his renewal situation is stalled, a report claims.

According to what SportMediaset are reporting (via MilanNews), Milan’s firm stance in the Donnarumma case may be an indirect message towards Calhanoglu. The Turkish playmaker has an offer of €8m per season from Al-Duhail – the Qatari side where Mario Mandzukic played before joining Milan – and for now the player is undecided.

However, the broadcaster adds that the renewal issue is on stand-by for the time being as Calhanoglu says he is now thinking only of the European Championships with Turkey. Milan, for their part, do not intend to modify their offer upwards as they believe the bid that they have put forward is a fair offer to the player given his performances and the financial situation that clubs are in due to the Covid pandemic.