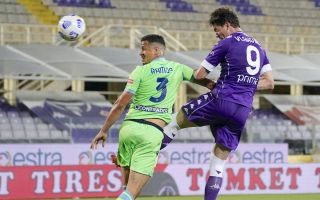 The asking price of Fiorentina striker Dusan Vlahovic continues to rise as he bags goals seemingly every weekend, according to a report.

The Serbia international netted a brace against Lazio last night to move on to 21 league goals for the season, with his list of admirers growing. As SportMediaset writes (via PianetaMilan), Vlahovic’s contract with Fiorentina will expire on 30 June 2023 but their president Rocco Commisso wants to extend it until 30 June 2025 with a pay rise from €400k net per year to €3m.

Vlahovic, despite being close to Florence, is hesitating for now as he is enticed by the interest of the aforementioned top clubs. Commisso would like to insert a release clause of €60-70m in the new contract but the impression is that the striker could be sold for around €50-60m.

This is when factoring in the current situation with the budgets of the European teams burdened by Covid, while it is also mentioned that the figure could also include technical counterparts.