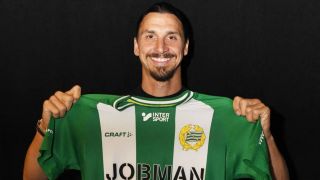 Mediaset: Ibrahimovic back in training – his future more likely to be at Hammarby than Milan

Zlatan Ibrahimovic could end his career in Sweden with Hammarby, a report claims, as chances of a renewal at Milan continue to fade.

Ibrahimovic’s future at Milan appears to be very uncertain, but the are growing reports that a separation between the parties at the end of the season is highly likely.

According to the latest from SportMediaset (via MilanLive), the farewell of Zvonimir Boban, the likely farewell of Paolo Maldini and the arrival of Ralf Rangnick are elements that push the Swede away.

There has not yet been a face-to-face meeting with CEO Ivan Gazidis, but the renewal of his contract seems unlikely at this point.

In addition, the outlet adds that the option of a move to Hammarby to end his career is gaining momentum. The Stockholm team is 25% owned by Ibrahimovic himself, who trained with them during the Italian lockdown.

In recent days Zlatan has returned to Milan and has resumed training individually with his team-mates at Milanello thanks to testing negative during a swab on Thursday.