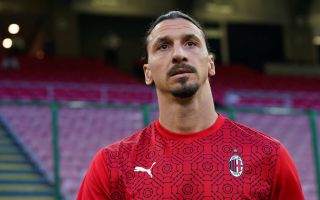 Mediaset: Ibrahimovic’s renewal with Milan is near – the numbers and the remaining hurdle

Zlatan Ibrahimovic is closing in on signing a new deal with AC Milan, a report claims, with both sides keen to strike an agreement.

According to what is being reported by SportMediaset (via MilanNews), the agreement for the renewal of Ibrahimovic is one step away, and in the next few hours a final and definitive agreement will be reached.

Ibrahimovic wishes to continue playing at Milan and the club want to keep him, which has proven to be an important starting base for the negotiations.

In line with his importance to the team, Ibrahimovic will request a top salary through his agent Raiola of €6million net while Elliott Management are only willing to offer a fixed salary of €4million with the presence of bonuses both linked to the team’s results and personal objectives.

The knot is not about the duration of the deal – which will be one year long – and finding the agreement therefore does not seem impossible.

The Swede showed his value despite being 38 years of age as he helped catapult Milan following his arrival. The team ended the season with a run of 12 league games without defeat (including nine wins), with Ibrahimovic netting 10 times in Serie A.