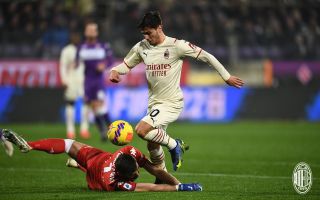 Mediaset: Latest on condition of Tomori, Leao and Brahim Diaz ahead of Atletico Madrid game

SportMediaset (via MilanNews) report that Fikayo Tomori’s condition will be observed to understand if he has recovered from the hip injury that kept him out of the defeat against Fiorentina, otherwise Simon Kjaer will play alongside Alessio Romagnoli against the La Liga champions. Matteo Gabbia – who was given a really tough examination by the in-form Dusan Vlahovic – will not be fielded again from the first minute.

Brahim Diaz is struggling to regain his form since he got Covid, while there are no alternatives to Rafael Leao, who did already score against Atletico Madrid in the game at San Siro. Pioli will have to ask the Portuguese winger to work overtime again given Ante Rebic will spend another spell on the sidelines after suffering a muscle problem.