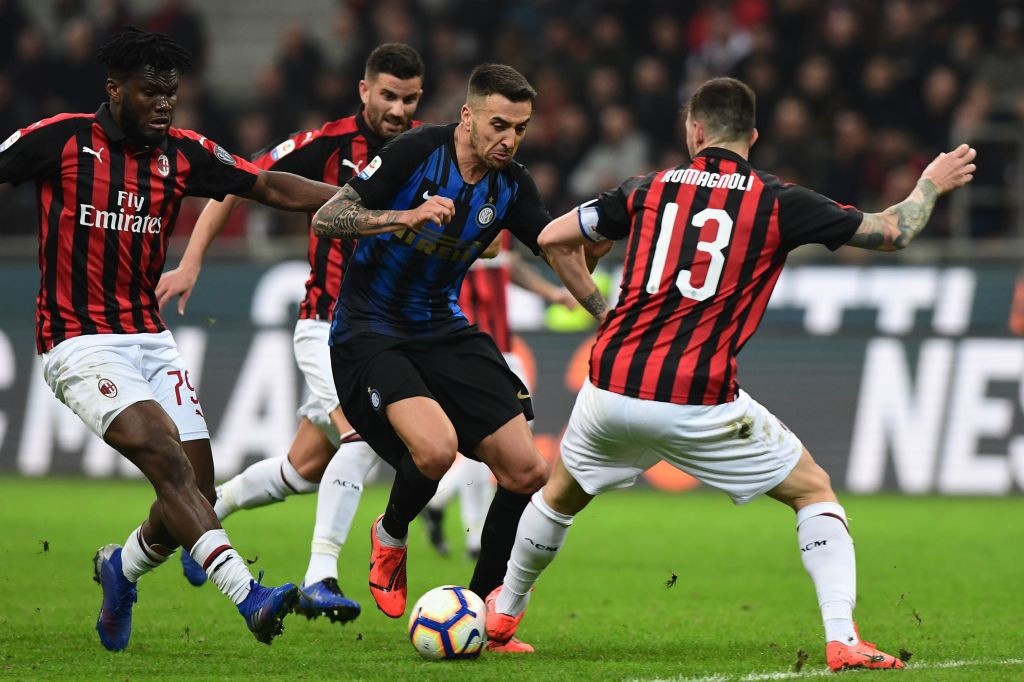 A potential swap deal between AC Milan and Inter involving two midfielders is currently on stand-by due to a difference in valuations, a report claims.

It was reported by il Corriere della Sera earlier on Tuesday that the Nerazzurri want to offer Matias Vecino in exchange for midfielder Franck Kessie.

Calciomercato.com meanwhile provided an update of their own on Vecino, stating that the Uruguay international is indeed available this month due to a difficult relationship with Antonio Conte and that talks have been held with the Rossoneri over a deal.

According to SportMediaset – as cited by MilanNews.it – Conte valued Kessie highly and wants the Inter board to find a way of acquiring him this summer, with the latest idea being the offloading of Vecino as a counterpart.

The outlet confirms that talks are talking place between the two clubs, but at the moment Milan evaluate the Ivorian at around €6-7million more than the Uruguay international.

This has made the dialogue between the rival club a ‘little less fluid’, the report concludes.