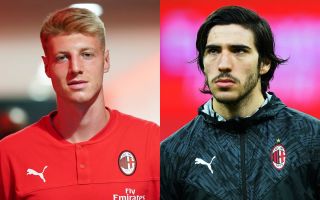 Milan are currently in talks with Brescia to lower the fee of Sandro Tonali, who arrived last summer on an initial loan deal. However, it has turned out to be quite difficult for the Rossoneri, who have a solution in mind.

According to Mediaset, as cited by MilanLive, the Rossoneri want to lower the €15m buy-out but Massimo Cellino (Brescia president) is keen on keeping the valuation. Instead, Milan could include a technical counterpart.

Marco Brescianini, who spent this past season on loan at Virtus Entella, could be included in the deal. Milan are willing to sacrifice the 21-year-old, it seems, as they have no doubts about the quality of Tonali and what he can achieve.

In addition to the midfield, Milan could probably include another player as well, most likely a youth player. As said, there are no doubts about the permanence of Tonali, as a solution will indeed be found in the end.