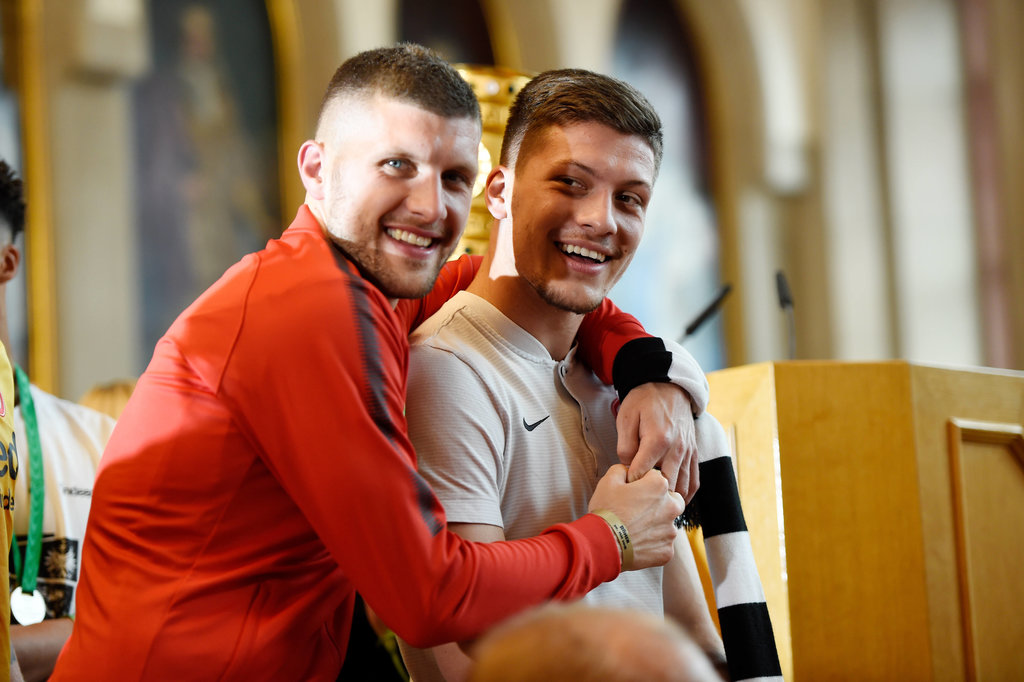 AC Milan’s interest in Luka Jovic gives fans a reason to believe that a brand new attack could be fielded next season, but one that has been tried in Bundesliga already. The Real Madrid man, indeed, could reunite with Ante Rebic.

Zlatan Ibrahimovic’s second spell at Milan is coming to an end and as stated by Mediaset, the thought of replacing him with one of the most popular strikers out there, such as Luka Jovic, rightly excites the Rossoneri fans.

In spite of this season, which hasn’t exactly been great for the Serbian, the talent is undoubtedly there. The idea of seeing him back with Rebic, who was his teammate and attacking partner at Eintracht Frankfurt, ups the chances of a revival.

The two have the right characteristics to play together, complementing each other naturally. Jovic is a centre-forward but also he knows how to make himself dangerous when starting from the wings, while Rebic is more inclined to pounce on the movement.

At Frankfurt, the Jovic-Rebic duo covered the advanced part of a 4-4-2 formation. The Serbian, in the first season in the Bundesliga, registered 22 appearances and 8 goals. In the second, though, he really broke through: 17 goals in 32 games.

For Rebic, in the two years spent alongside the Real Madrid man, 77 appearances were made and 17 goals scored. In short, the two together seem to work well. Should Milan sign Jovic, then Rangnick will have an excellent base to work with.

READ MORE: The truth about Milan’s interest in Empoli starlet as €12m offer is made

Brahim Diaz discusses life away from football including upbringing and hobbies – video
4 March 2021, 17:38
Serie A Standings