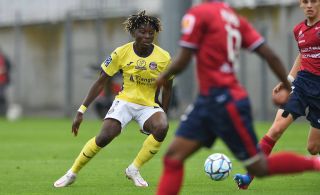 AC Milan have a concrete interest in signing Kouadio Koné from Toulouse to complete the midfield department, according to a report.

Yesterday, Fabrizio Romano of Sky Italia (via RouteOneFootball) confirmed that Milan are following the young midfielder closely, and the management are in contact with his agent.

According to the latest from broadcaster SportMediaset (via MilanNews), Koné is indeed the hot new name that has emerged in the last hours for the Milan midfield. The Rossoneri are looking for a deputy to Kessie and believe the 19-year-old is the right man.

However, the French club values ​​him at €15m which would make him the most expensive transfer in the entire history of Ligue 2, while there is also competition from Leeds to contend with.