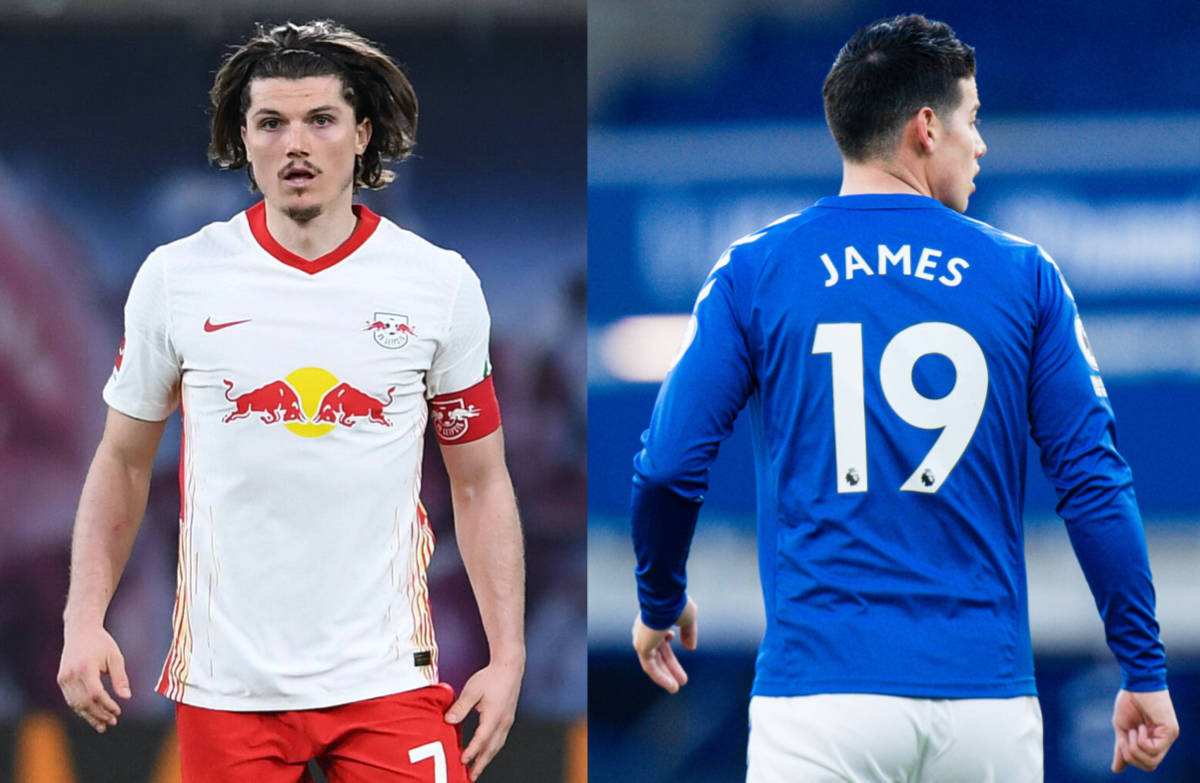 Mediaset: Milan shopping for a No.10 – five names on the list including Elliott’s preference

There are several names on AC Milan’s list of options to replace Hakan Calhanoglu in the No.10 position, and SportMediaset have listed them.

Claudio Raimondi spoke to the broadcaster (via MilanNews) about Milan’s pursuit of a new playmaker, and confirmed that James Rodriguez has expressed his desire to leave Everton. His agent Jorge Mendes offered him to Milan, and the operation would have low costs from the point of view of transfer fee – around €10m – but the age of the player and and the salary aspect hinder the operation as he wants at least €7m net for three years.

Elliott looks to RB Leipzig’s Sabitzer as he can leave Leipzig for less than €20m because of the fact his contract expires in 2022. The domestic option is Mattia Zaccagni, in operation in which Conti or Caldara could be included to reduce the €15m asking price.

Dani Ceballos is also a potential option, returning to Real Madrid after the loan at Arsenal, but the surprise could come from England as Hakim Ziyech may be a late opportunity if Chelsea say yes to a loan.