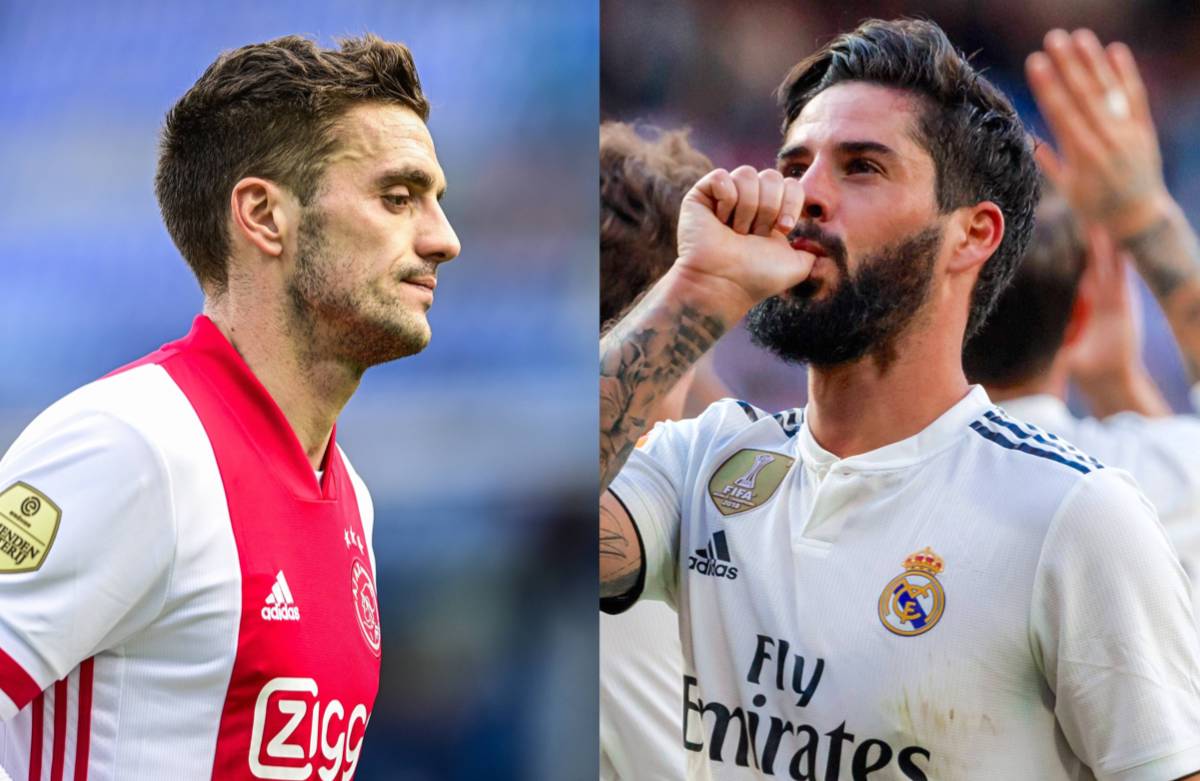 Mediaset: Milan turn to €20m Real Madrid man as sale of No.1 playmaker target is blocked

AC Milan have been forced to quickly change objectives as Ajax have told them Dusan Tadic will not be leaving, a report claims.

According to the latest rom SportMediaset (via MilanNews), Tadic is Milan’s No.1 target for the position of attacking midfielder, but Ajax have put up a wall because they consider the Serbian player to be too important for them after a season in which he scored 21 goals across all competitions.

Now for the Rossoneri the name in vogue is that of Isco, who has a contract with Real Madrid until 2022. The Spanish playmaker currently earns €8m net per season and would be in available for a cost of around €20m.

Carlo Ancelotti, the new head coach at the Bernabeu, will speak with him soon and will tell him that he will not bet on him for next season. Relations between Milan and Real Madrid are excellent and this could favour the negotiations for Isco.

READ MORE: Journalist claims agent Jorge Mendes will be in Italy to discuss future of winger with Milan