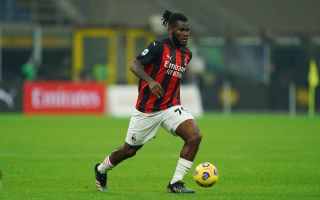 Real Madrid and Chelsea are among the teams that are interested in signing midfielder Franck Kessie from AC Milan, a report claims.

La Gazzetta dello Sport (via Calciomercato.it) reported this morning that Milan intend to enter talks with Franck Kessie to avoid reaching the summer with only one year left on his contract, especially given that with this season’s performances there are many top clubs ready to tempt him with big offers.

This is why Maldini and Massara would like to avoid finding themselves in a tough situation and want to find an agreement for a contract renewal with a pay rise for a player who has seen his value rocket to €50m.

According to what is being reported by the broadcast SportMediaset (via MilanNews), the Rossoneri management are keen to lock down a player who has become an ‘undisputed symbol’. His excellent performances have attracted the attention of some top European clubs – in particular Real Madrid and Chelsea – so they want him to sign the extension as soon as possible.

As soon as they have resolved the most urgent cases of Gigio Donnarumma, Calhanoglu and Ibrahimovic, the director Paolo Maldini and sporting director Frederic Massara will immediately meet Kessie’s agent to seek an agreement.