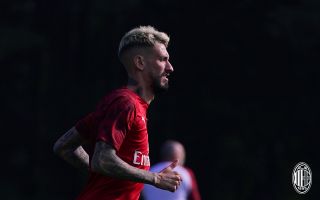 Mediaset: Pioli ready to entrust Castillejo; Suso and Biglia to the bench

The Rossoneri sacked Marco Giampaolo just 111 days into his reign after four defeats in his opening seven games, but things have not exactly picked up under his replacement Stefano Pioli.

A wasteful performance against Lecce in his debut as Milan manager was punished as a last minute equaliser denied all three points, while the team limped to a 2-1 defeat at the Stadio Olimpico against Roma on Sunday.

A report from La Gazzetta dello Sport (via MilanEye on Twitter) on Monday suggested that Pioli could make a total of four changes to the starting XI he fielded in the capital.

Now, a report on Calciomercato.com – who cite SportMediaset – has concurred with that assessment by highlighting two changes in particular.

They claim that Lucas Biglia and Suso are set to be rested as the regista and right-winger respectively, with Ismael Bennacer set to replace the Argentine and Samu Castillejo in for his compatriot.