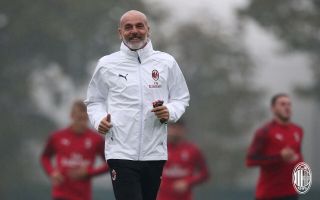 Pioli took over from Giampaolo during the last international break, with the former Sampdoria boss having lost four of his opening seven games in charge of the Rossoneri.

There were promising signs during Pioli’s Milan managerial debut as his side were in command for most of the game against Lecce, playing some fast-paced attacking football before a 92nd minute equaliser heaped yet more misery on the team.

According to SportMediaset – as cited by MilanNews.it – Pioli and his staff have identified a particular problem that Giampaolo’s regime has left.

The feeling is that the previous management was lacking in terms of athletic preparation, and therefore Pioli and his staff are trying to improve the general physical condition of the team, doing specific exercises based on intensity.