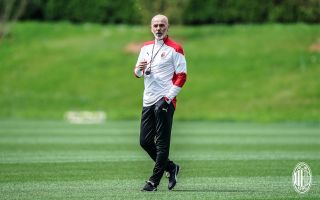 Mediaset: Probable Milan XI to face Torino – two changes in attack and one possible in defence

Some team news has filtered ahead of tomorrow’s trip back to Turin to face Torino, according to a report.

SportMediaset (via MilanLive) are reporting that two obligatory changes will occur in the attacking department as Zlatan Ibrahimovic should be replaced by Ante Rebic, who took the place of the Swede against Juventus after he came off.

Meanwhile, instead of the suspended Alexis Saelemaekers should be the returning Samu Castillejo. Pioli is also evaluating the idea of Diogo Dalot playing as a winger, but it does not seem like a solution from the start of the game.

A possible third change could concern the defence as Pioli wants to evaluate the condition of Simon Kjaer between today and tomorrow, who came out slightly tired from Sunday’s match. Alessio Romagnoli could therefore play alongside Fikayo Tomori.