A hypothesis has been presented regarding the resumption of the 2019-20 Serie A campaign, a report claims, with some specific dates even mentioned.

As Italy and the rest of the world continue to battle the COVID-19 pandemic football has taken somewhat of a backseat, but nonetheless organisers are trying to get a plan in place for when the situation improves.

As Sportmediaset are reporting (via MilanLive), the plan it to wait for the Coronavirus emergency to subside and then start playing again in the months of June and July.

The idea is to start on the weekend of 3-4 June and play consecutively until 11-12 July. It is an intense schedule, but one that ‘would save the image and economy of Italian football’.

Then, instead of preparing for the next season in July and August, the last stages of the Champions and Europa League would be played with the final around mid-August.

It will of course be up to the Italian Government and FIGC to give a final opinion. We have made a chart of the proposed dates below, which you can click on to expand… 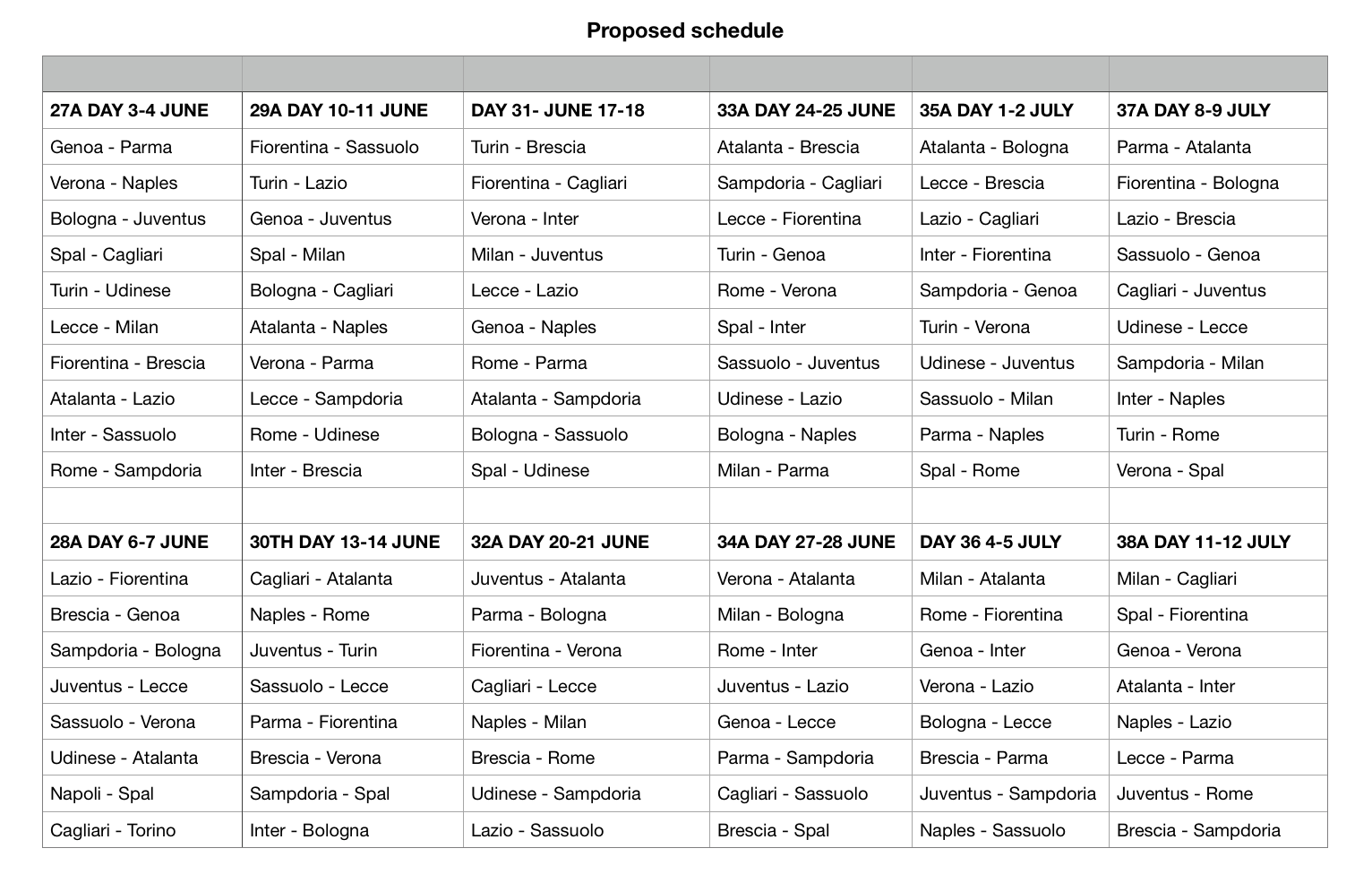