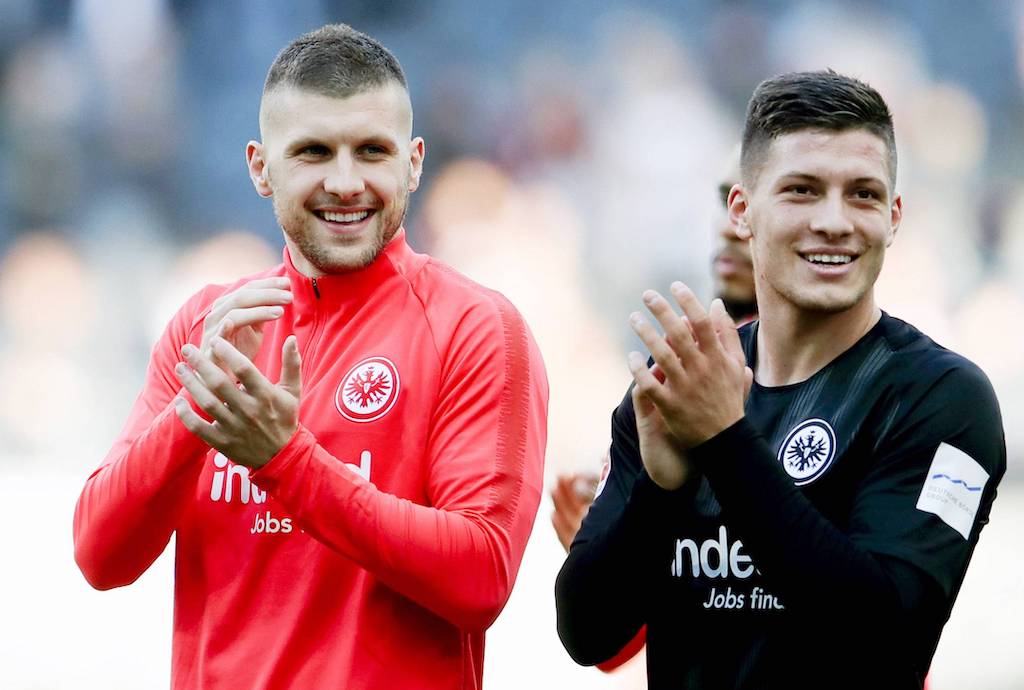 AC Milan are studying a deal for Real Madrid striker Luka Jovic in a bid to reunite him with Ante Rebic ahead of next season, a report claims.

The Serbia international arrived at Real Madrid for €60million last summer from Eintracht Frankfurt but has had a torrid season so far, netting just twice. Now injured, Jovic has become the protagonist of another episode that has put him at the centre of controversy.

After violating the quarantine at the start of the lockdown, his latest photo posted on Instagram (and then removed) showed the 22-year-old outside a soccer field grilling with friends when he should have been resting.

Nonetheless, Milan’s desire to sign a new centre-forward is strong and they seem to have set their sights on Jovic regardless. SportMediaset claims that Milan are in talks with agent Fali Ramadani who represents both the centre-forward and loanee Ante Rebic.

Rebic – on a two-year loan from Eintracht Frankfurt – will remain without problems for Milan next season, and there is the will of the Rossoneri to reunite the attacking duo with Jovic.

Los Blancos are pushing to make him leave, the report claims, while Milan are studying a solution that could entice Real: a two-year loan with the option – not the obligation – to buy. His salary remains an issue.