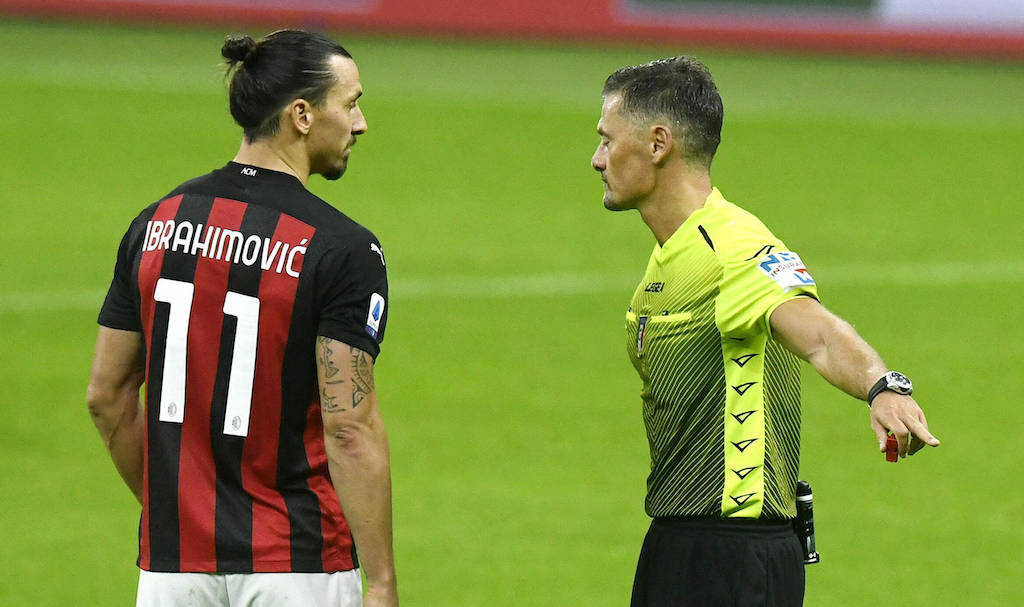 Referee Piero Giacomelli has been suspended for the next two games after his questionable performance during Milan-Roma, as has VAR officer Luigi Nasca.

Giacomelli has been slated in the media for his officiating display in Monday’s game, in which he game two baffling penalties and generally lost control of the game in the second half.

Pioli expressed his displeasure during the game and refused to comment afterwards on the decisions, and now SportMediaset (via MilanNews) are reporting that the designator Nicola Rizzoli has not looked favourably on the performance of the officials involved.

Giacomelli and Nasca will miss the next two rounds after what happened at San Siro, as the AIA believe that Nasca should have intervened to ask Giacomelli to review his penalty call on Bennacer, and the same for the Calhanoglu-Mancini coming together.

They do believe that he was right not to award a penalty for the handball on Mancini even if the yellow to Ibra should not have been given, because the infringement is a consequence of a contact from the Swede.