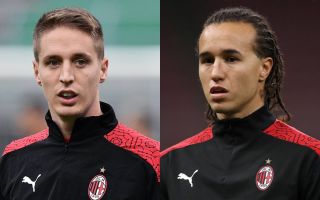 Mediaset: The latest on unwanted duo as Milan have clear stance on future

There won’t just be signings for Milan this summer, but also a few departures. Some players are no longer part of the club’s project, including Andrea Conti and Diego Laxalt, and talks are underway for the departures.

As reported by Mediaset (via MilanLive), the duo will return to Milan this summer after spending the past season on loan at Parma and Celtic respectively. However, it’s very clear that they won’t stay at the club.

Conti has ended up in the sights of Genoa, who are looking for a new right-back as Davide Zappacosta will leave. They are working to sign the former Atalanta man on a loan with an option to buy, but it remains to be seen if Milan will accept this formula.

As for Laxalt, Sporting Lisbon are one of the teams interested and Milan could let him go for a low fee. At this point, they just want the players off the wage bill and make space for new signings.

READ MORE: Giroud has informed Chelsea that he wants to leave amid Milan links