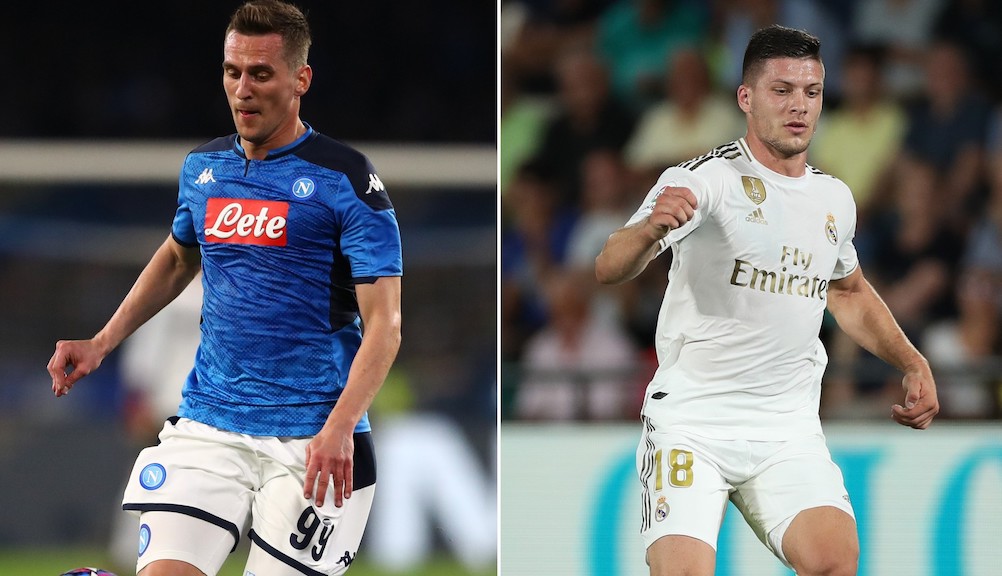 AC Milan have two options in mind as they look to reinforce their attacking department by signing a new striker this summer.

That is according to SportMediaset (via MilanLive), who claim that Zlatan Ibrahimovic’s departure in the summer is now more likely following his recent injury, even if it will only keep him out for four or five weeks.

Hammarby seems to be the most likely destination, and that why the Rossoneri already have their eyes focused two possible tracks targets to replace the Swede.

The first name on the list remains that of Luka Jovic. The 22-year-old is set to leave Real Madrid and wants a new adventure as a leading player, and Milan could use the ‘Ralf Rangnick effect’ to win the race.

The possible new manager of the Rossoneri is a big fan of the Serbia international, and the chance to reunite with Ante Rebic could be very enticing for Jovic.

The second option is Arkadiusz Milik, but the Poland international is also highly esteemed by Juventus, though Milan will be ready in the event of a farewell to Napoli.

One option is to use midfielder Franck Kessie in the deal, a midfielder who Napoli boss Gennaro Gattuso is a huge fan of and who could be used to lower economic demands.