Meet the experts: How Milan’s team of data analysts work to get the most from every player

The game of football has grown at exponential levels to such an extent that it has now become a billion dollar industry. Football as we know it is a high stakes poker game where owners invest billions in wages, transfer fees to try and achieve different objectives.

When investing such large numbers, the risk is also incredibly high. To mitigate that risk, owners always want to ensure the best minds available are working in and out of the pitch to make educated decisions to ensure victory in all sporting and non-sporting related activities.

Milan already have a board that is familiar – including the likes of CEO Ivan Gazidis and directors Paolo Maldini and Ricky Massara – and they are the ones who are praised and criticised the most for their decisions. Concealed from the public eye though are a few people who work night and day to help the top brass to make their educated guesses.

It is particularly topical at the moment as Milan look set to be led for the next three games by Pioli’s assistant Giacomo Murelli, given that head coach is currently recovering from Coronavirus.

The use of data analytics in football is something fans are becoming increasingly acquainted with. The Rossoneri are continuing a scientific approach to their team’s preparations, and here Rohit Rajeev takes a look at Pioli’s army of helpers behind the scenes…

The team of analysts

Before the arrival of Stefano Pioli as head coach of Milan, the club employed Roberto Ferrari and Giorgio Tenca as match analysts. When Pioli came over from Fiorentina, he brought over two more analysts in Luciano Vulcano and Gianmarco Pioli (the son of Stefano).

Milan therefore have a total of four match analysts to help the boss do two things: analyse his own team’s strengths and weaknesses and do the same for the opposition.

Pioli is an early starter and begins each day at 8:30am, hence why the supporting team come in slightly earlier at 8:00am. Their main objectives are to study the opposition and record Milan’s training sessions to find weakness and rectify them.

Often after the game they study with certain points of reference and requests from Pioli to get a better idea of what went wrong and what the team got right. The best part of it all is that it is an open floor. It is not uncommon for players themselves come up to analysts with requests and suggestions or even with enquiries that demand their opinion.

The backroom staff literally live with a computer next to them in their professional and personal lives. They are summoned even on their off days by the players or coaches to answer enquiries, hence they carry a tablet with them.

The analysts then upload videos and and statistics of the opposition and their roles in the squad from a tactical point of view. This has increased accessibility to expert analysis.

An incident that comes to mind was that of Biglia and Kessie being caught checking their phones in the dressing room which caused outrage among some members of the fanbase, but the duo were simply told to view the videos uploaded by the technical team as later explained by Pioli to the press.

Players referring their phones in the dressing room to check on data uploaded by the Data Team, which was mistaken as negligence by fans.

All four analysts start working on their opponent two weeks before the match. For example for the match against Inter, analysts would have started collecting data the week before the derby.

This is done in order to let Pioli and co. design their tactical and technical drills to capitalise on the opponent’s weaknesses. For the analysis they pick the last six or seven matches played by the opposition and analyse the average positions, behaviour during transitions and try to identify patterns in play which is then examined by Pioli and devise a counter-measure to negate the opponent’s tactics. At the end of the week (last day before the match) they analyse set pieces.

Every training session is recorded using a drone which can be assembled in a matter of minutes. The drone is used from the best possible angle depending on the objective of the particular drill.

For example, if the drill is to practice against counter-attacks, the camera would pan towards the defensive lines. This would help measuring the effectiveness of the specific drill devised during training.

View from the drone.

For the medical team, the drones are used to monitor the fluidity with which a player runs. They can use this data to assess physical capacity of a player and predict injuries.

Finally, when match day arrives the analysts spread themselves into a team of two. One analyst – usually Vulcano – sits in the dugout with Pioli and assistant coach Murelli while the other three sit in the press box where cameras are connected to computers and laptops to analyse the games.

Those sitting in the press box are able to view all 20 outfield players playing on the pitch and are therefore able to make deductions and see mistakes.

View from the press box.

These experts in turn inform the changes to be made to Vulcano and send data to his laptop, who after studying it warns the manager Stefano Pioli who then leaves the dugout to scream instructions at the players. Such a method was newly introduced by Pioli at Milan. This helped Milan develop cutting edge technology to provide the edge in games. 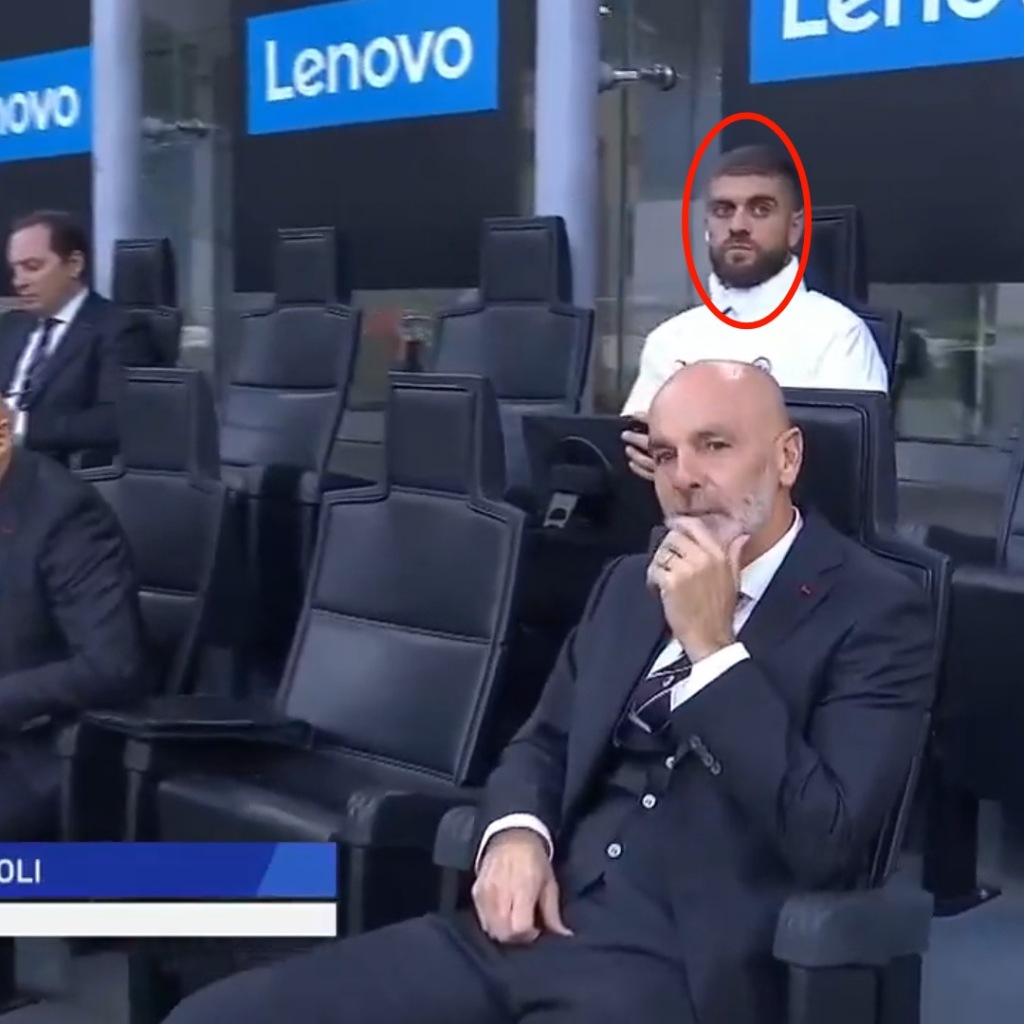 Vulcano stationed behind Pioli for game vs. Inter.

If there is one big indicator that shows how Milan are attempting and succeeding in entering the modern world up football, the analysis team may just be the biggest.

Coach Pioli described a desire to adopt the methodologies of Bayern Munich, and now Milan can be seen applying concepts of science into this subjective sport called football.

It may have taken some time to bear fruit, but seemingly every game there are incidents where it can be clearly seen that Milan have the edge, and the new system of operation deserves a lot of praise. Being top after seven games perhaps isn’t the fluke some people thought.