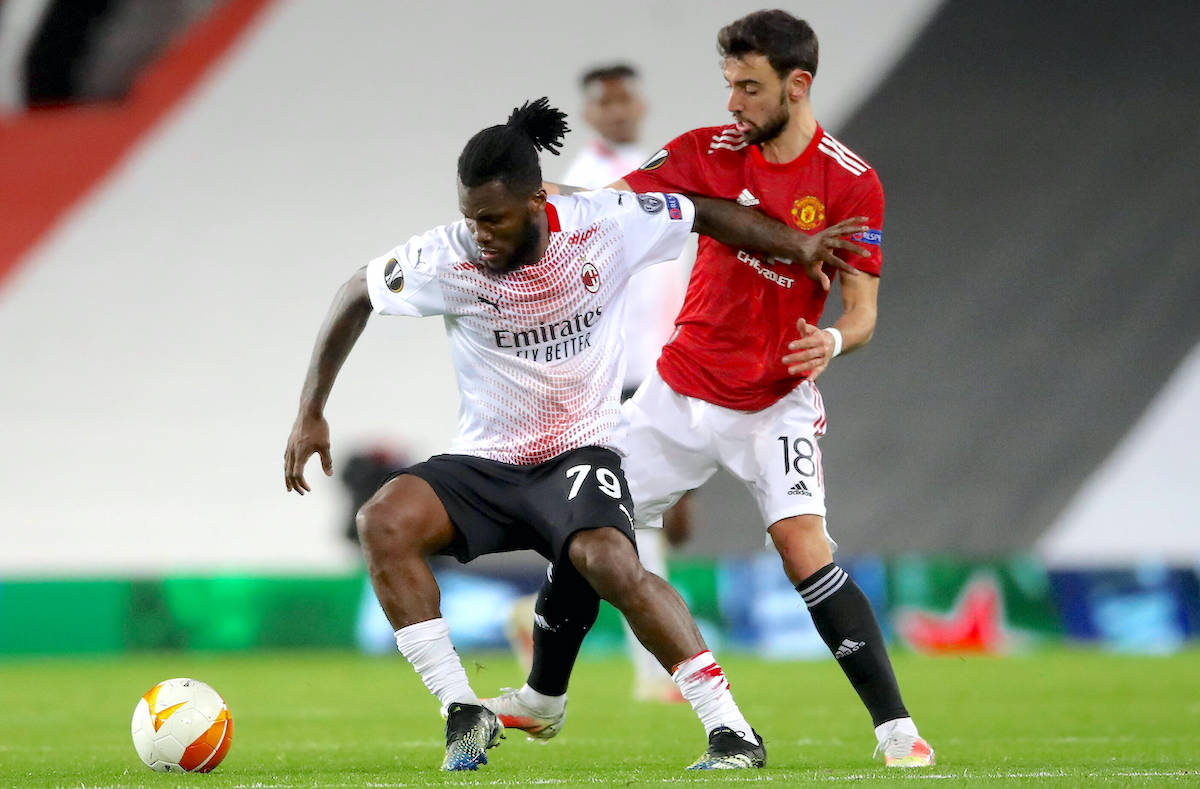 Manchester United may be the latest English side to show an interest in signing Franck Kessie from AC Milan, a report claims.

According to the Manchester Evening News, United have made Declan Rice as their number one midfield target for the summer 2022 transfer window. However, West Ham United want £100m (€117m) which would be a record for a British player, so that has thrown doubt on the operation.

The report claims that United are aware there are other candidates that could do the same job for a much lower transfer fee and Franck Kessie is one of them. They remark that the Ivorian ‘has put Europe’s most elite sides on red alert’ as he might not extend his contract, meaning he would be available on a free transfer.

The Red Devils are no strangers to Kessie, who had a great game against them in the Europa League knockout stages at Old Trafford last season.