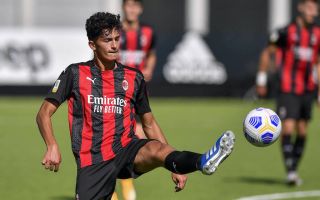 Michelis, Di Gesù, Mionic and Olzer – a background on the Primavera stars in the squad to face Torino

Four players could make their senior AC Milan debuts tonight during the Coppa Italia Round of 16 game against Torino.

Stefano Pioli named four players in his 23-man squad for tonight’s game that fans might not be too familiar with: centre-back Nikolaos Michelis, midfield duo Enrico Di Gesù and Antonio Mionic plus playmaker Giacomo Olzer.

Michelis is a towering centre-back who stands at 1.92m and was signed from Greek side Asteras Tripoli just under two years ago. He has made four appearances for the Primavera this season racking up 380 minutes of playing time, with two games in the league and two in the cup.

Enrico Di Gesù has received his first call-up and is described as a very technical and dynamic 18-year-old midfielder. He was playing for Sicilian club Sancataldese when he was spotted by Milan scouts, and he already has two goals this season with the Primavera before the interruption due to the pandemic.

Mionic meanwhile is a 19-year-old central midfield who can also play a bit further up as an attacking midfielder and in theory seems like a potential replacement for Brahim Diaz if he cannot complete a full 90 minutes.

However, that responsibility could also be given to Olzer who is a more natural playmaker having made four appearances in that position for the Primavera side this season, amassing 298 minutes of action.