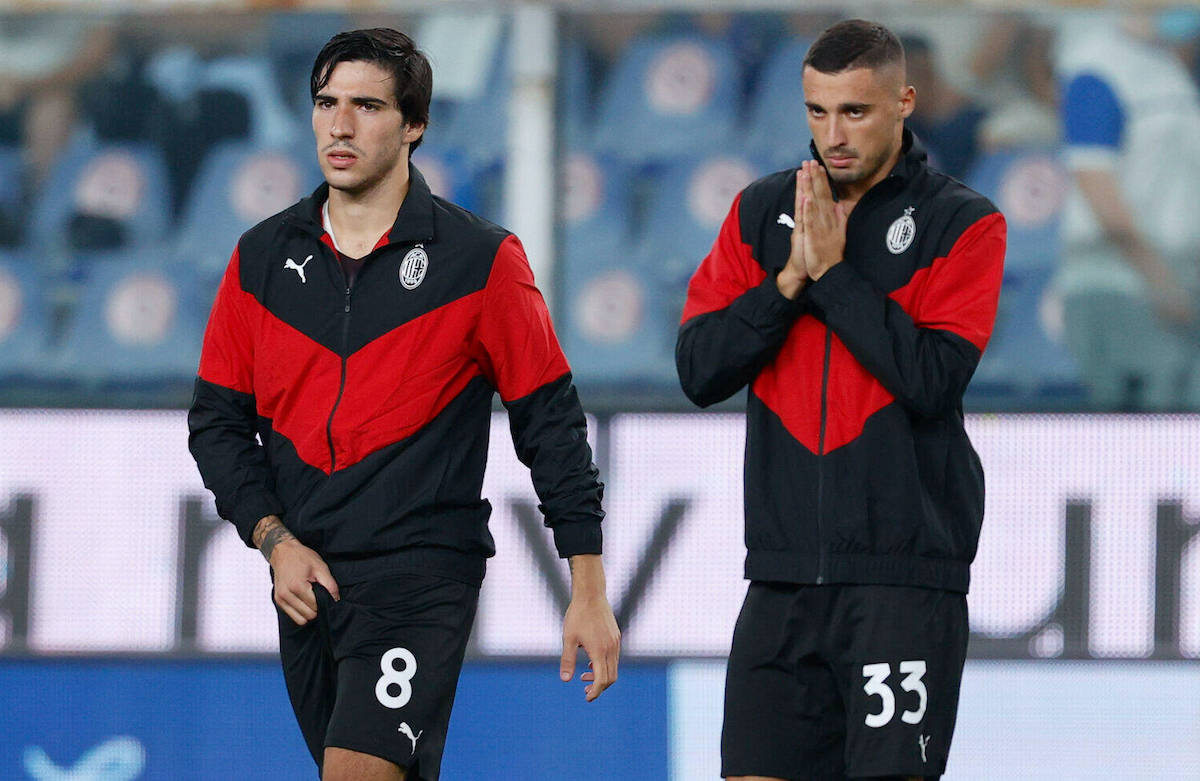 AC Milan’s double pivot were a key part of the victory on Monday night against Sampdoria at the Marassi, a report has revealed.

In the end it would be a goal from Brahim Diaz that was enough to earn the three points for the Rossoneri in what was a 94-minute battle in Genoa, and while it was hardly a vintage performance from the Rossoneri it was certainly a psychological test that they passed.

As reported on the Lega Serie A website (via MilanNews), against Sampdoria it was Sandro Tonali and Rade Krunic who covered the most ground for Stefano Pioli’s men. The Italian midfielder covered 11.368km while the Bosnian covered 11.853km as the makeshift double pivot did their job in the absence of Kessie and Bennacer.

After the duo were Theo Hernandez (9.866km), Olivier Giroud (9,864km) and Davide Calabria (9,850km), showing how important the Frenchman was in pressing from the front.