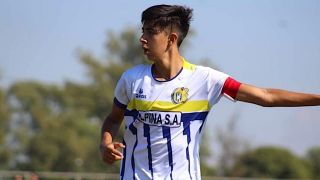 Midfielder confirms €500k move from Paraguay will go ahead: “I will soon be a Milan player”

A name that rose to prominence but then seemed to fade was that of Hugo Cuenca, a teenage midfielder from Paraguay.

Calciomercato.com reported that an agreement was reached with his side Deportivo Capiata on the basis of a €500k fee plus 10% of a future resale, adding that the 16-year-old was completing the paperwork needed to obtain Spanish citizenship and then he will arrive in Italy to start his new adventure with the Rossoneri. He can play either as a midfielder or an attacking midfielder, but also as a winger too, and Milan beat ‘many great European clubs’ to his signing, as per the report.

Then, things went quiet and his signing was never confirmed. According to SpazioMilan, it never became official due to a bureaucratic problem as he still needs Spanish citizenship in order to be registered which, to date, has not yet been obtained.

He spoke to the website and wanted to clarify his future, thus reassuring the Rossoneri fans: “Yes, I will soon be a Milan player, but first I have to obtain Spanish citizenship to be able to sign. I would say that by January the documents could be ready, and then I will be able to sign.”