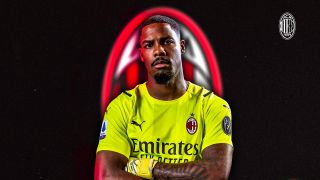 AC Milan have completed their first signing of the summer window as they officially confirmed the acquisition of Mike Maignan on a five-year deal.

The Gianluigi Donnarumma saga has drawn to a close in the manner that many did not expect as he will leave Milan after nine years, but the Rossoneri management swooped quickly and efficiently to secure his replacement.

Fabrizio Romano reported that Maignan has signed a contract until June 2026 and Milan will €13m plus add ons to Lille, with Gianluigi Donnarumma leaving the club as a free agent. Maignan will earn a salary of €2.8m net per season with Milan, and he was officially unveiled yesterday.

So, what can Milan expect from their new starting goalkeeper?

Mike Maignan, born in the French Guiana in 1995, became a legitimate prospect when he was noticed by PSG and subsequently joined their academy ranks. He spent the next six years with the French giants, but failed to make an appearance with the first team.

In 2015, Maignan transferred to Lille, where he played sporadically until catching the eye of Marcelo Bielsa in 2017. During this time, the Frenchman was slowly moving up the ranks of France’s youth system, including a stint as the captain of the U17 team.

After earning the starting role under Bielsa, Maignan quickly established himself as one of Ligue 1’s best goalkeepers. In his first season, he had a save percentage of 68.8%, and was selected to the Ligue 1 Best XI the next year.

His form regressed during the abbreviated 2019-20 season, but the goalkeeper rebounded in 2020-21. Maignan played every minute of Lille’s title-winning season and was a key factor in bringing the city its first domestic title in ten years.

Maignan received his first cap from France in 2020 against Ukraine and has been included in France’s squad for the upcoming European Championship.

Maignan’s greatest strengths are his diving and his quick reflexes. He can rapidly adjust to deflections and short-range shots, and in particular excels at stopping well-struck penalties.

The Rossoneri are also getting another outstanding one-on-one goalkeeper in Maignan. He positions himself intelligently and uses his quickness to break up oncoming chances. The goalkeeper also is not afraid to occasionally leave the box in the role of a sweeper.

In the video above, Maignan showcases his talent with a spectacular save against AS Monaco’s Stevan Jovetic. The striker receives a long-ball that immediately puts him in on goal. With no defenders in position to help, Maignan adjusts to Jovetic’s heavy first touch, instinctively covering the near post. As Jovetic strikes the ball, Maignan lunges and spreads his right foot, expertly blocking the shot and salvaging a crucial point for Lille.

PSxG-xGA (Post-Shot Expected Goals minus Expected Goals Against) also paints a favourable picture of Milan’s newest acquisition. In 2020-21, Maignan ranked third in Ligue 1 for the stat, which essentially measures if a goalkeeper stops more or less shots than average. Maignan owns a superb +0.13, which is nearly double Donnarumma’s +0.07, and well above the average of -0.02.

The biggest area of concern for Maignan is his aerial ability. The goalkeeper, standing at 187cm, is well below average both in terms of height and wingspan, and this can lead to problems winning crosses or corner kicks. Maignan occasionally bobbles the ball or whiffs altogether, leading to dangerous chances in the box.

Maignan is also not known for technical ability or distribution. Some goalkeepers can become assets as a part of build-up with these attributes, but Maignan is purely a defensive goalkeeper who is also capable of coming out to play a sweeper role.

Looking at some per90 metrics (courtesy of Squawka), we can see how Donnarumma and Maignan compared in their respective league seasons in the 2020-21 campaign.

Though the Rossoneri are losing a homegrown, generational talent in Donnarumma, the financials make this deal almost impossible to dislike. Donnarumma cost the club €6 million per year, while Maignan made just €1.4 million at Lille.

If Milan doubles Maignan’s salary, the goalkeeper would still be underpaid given his talents and the ever-rising wage rate in European football.

In short, Milan is receiving a player who will provide a similar level of play to Donnarumma, while paying him a fraction of the cost.