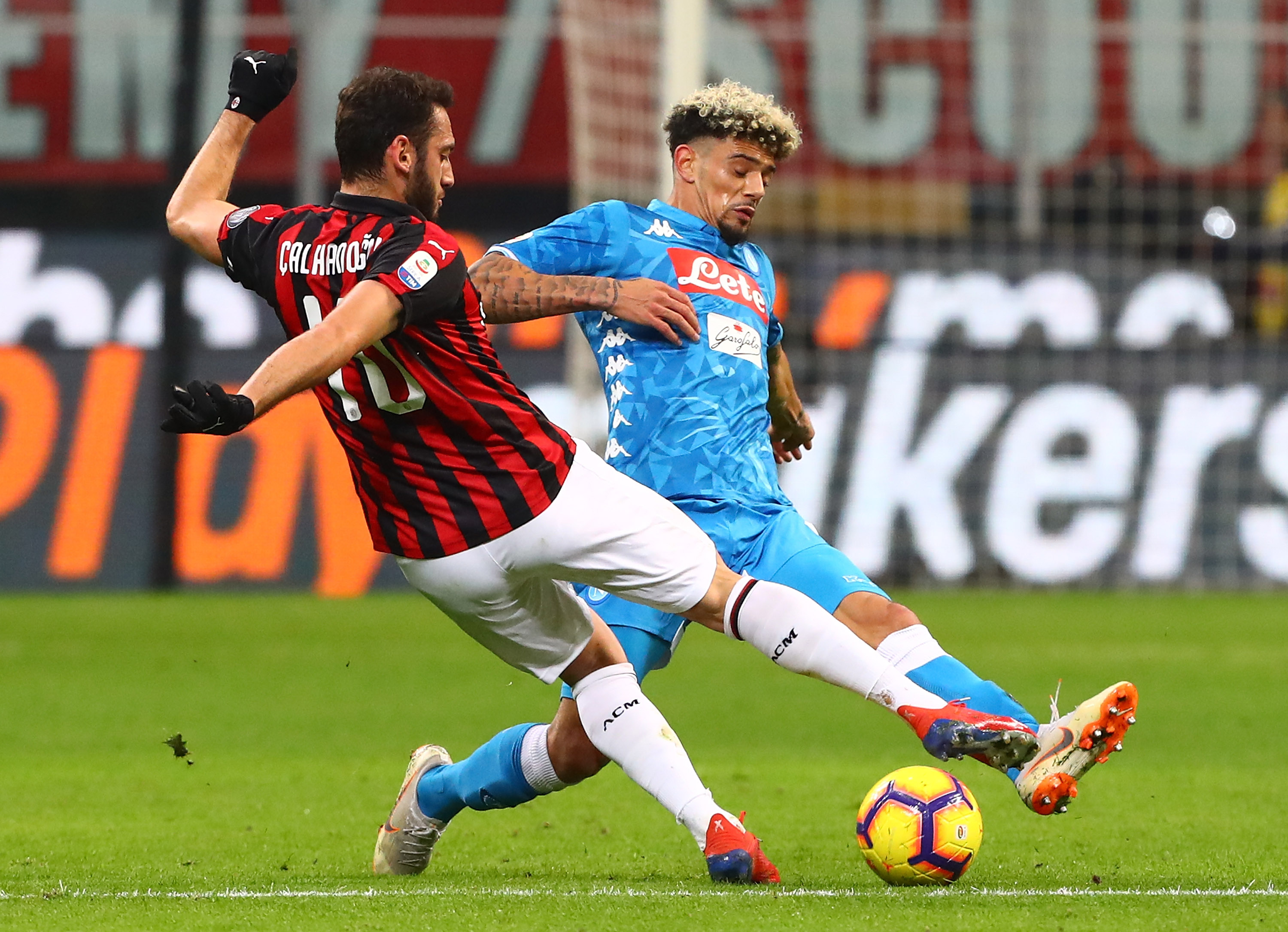 AC Milan played one of their better games of the season Saturday night at San Siro against Napoli, but unfortunately it wasn’t enough to get the win.

With Gattuso, Romagnoli, Calabria and Kessie back after suspension, it was a frustrating game in general for Milan at a ringing loud San Siro. The team delivered a good performance, but tripped themselves with sloppiness from getting the three points.

A unrecognisable guest showed up the San Siro this cold January night in Milano. The team that dominated Lazio last weekend at San Paolo didn’t show up at all, as they lacked edge regardless of their offensive, star-spangled starting line up.

Milan was in big parts of the game the dominating and ball moving side. Napoli was pushed back, but successfully relied on their main man in defense, Kalidou Koulibaly. The senegalese defender was a monster for Napoli and shut down nearly everything he encountered.

However, Milan’s defense wasn’t gonna let themselves get beat, and pulled off equally as good of a game as Napoli defensively.

Alessio Romagnoli showed once again that he was the right man to overtake the armband from Leonardo Bonucci last summer. The Rossonero captain seemed to be everywhere to stop Insigne, Milik and co.

As the rossoneri pushed to take home the three points, the moment most fans where looking for arrived: new signing Krzysztof Piatek made his debut as he replaced Patrick Cutrone in the 72nd minute.

Piatek had a lively debut and was close to scoring, but Koulibaly managed to come between the young Pole and the goal in the last second. Piatek managed to create some danger and gave the Napoli defense a headache at times. What set his debut apart and was most noteworthy was his movement and quick understanding.

Franck Kessie on the other hand had a tough night. Not only did he unfortunately sabotage a promising counter in the first half, he missed a very good opportunity approximately 5-7 meters from the goal due to a reflection at the very last second. The Ivorian looked very unproductive in the final third, although he helped out in the other parts of the game with his tireless running and hard work ethic.

The night’s MOTM was not hard choice. Gianlugi Donnarumma showed once again why he’s the best young goalkeeper in the world, as he shut down some major chances Napoli had. Most notably a close range shot by Piotr Zielinski on stoppage time and one from Arek Millik as the stoppage time was closing in. The saves, which few goalkeepers his age would pull off, seems to be standard for Milan’s young star. He rarely fails to impress.

Other noteworthy mentions for MOTM are Alessio Romagnoli and Tiemoue Bakayoko. Once again Bakayoko made it clear that not redeeming him this summer would be a huge mistake. He dominated the opposition in pretty every way possible and was a monster of the central midfield as he re-gain possession, drove the ball forward with his powerhouse runs and shut down the Napoli midfield completely in the aerial game.

On stoppage time, Napoli’s midfielder, Fabian Ruiz, wrongfully received his second yellow for handball and got sent off. The young Spaniard protested together with his team-mates, but it was all for nothing. If it was a direct red card Napoli would have a strong case to overturn the suspension, but since Serie A doesn’t allow clubs to challenge a suspension when it’s given from two yellow cards, that will not be the case.