AC Milan suffered a 2-0 defeat at home to Juventus on Sunday night on what was a bad night for Gonzalo Higuain.

Juventus took an early lead through a Mario Mandzukic header, but Higuain was presented with the chance to level from the penalty spot.

However, he couldn’t beat Wojciech Szczesny from 12 yards, and after Cristiano Ronaldo had scored in the second-half to make it 2-0, the Argentine was sent off for a second booking in the space of seconds.

The result means that Milan miss out on the chance to climb back into the top four, instead sitting in fifth just one point behind Lazio.

Juve carved out the first real opportunity of the game in the ninth minute and scored the opening goal from it. Alex Sandro was awarded too much time and space to cross from the left, and he picked out Mandzukic at the far post who rose over Ricardo Rodriguez to powerfully head home.

Moments later it was almost 2-0 in identical circumstances: a whipped ball from the left side found Mandzukic who couldn’t direct his header this time.

The Croatia international continued to cause the Rossoneri problems, but could only head straight at Gianluigi Donnarumma in the 26th minute from Joao Cancelo’s cross.

There was a moment of controversy four minutes before the break as Milan were awarded a penalty. Higuain turned well inside the box, flicking the ball around Medhi Benatia, however the ball hit his outstretched hand. The spot-kick was given after VAR consultation, but Szczesny produced a good low save to deny Higuain against his former club. 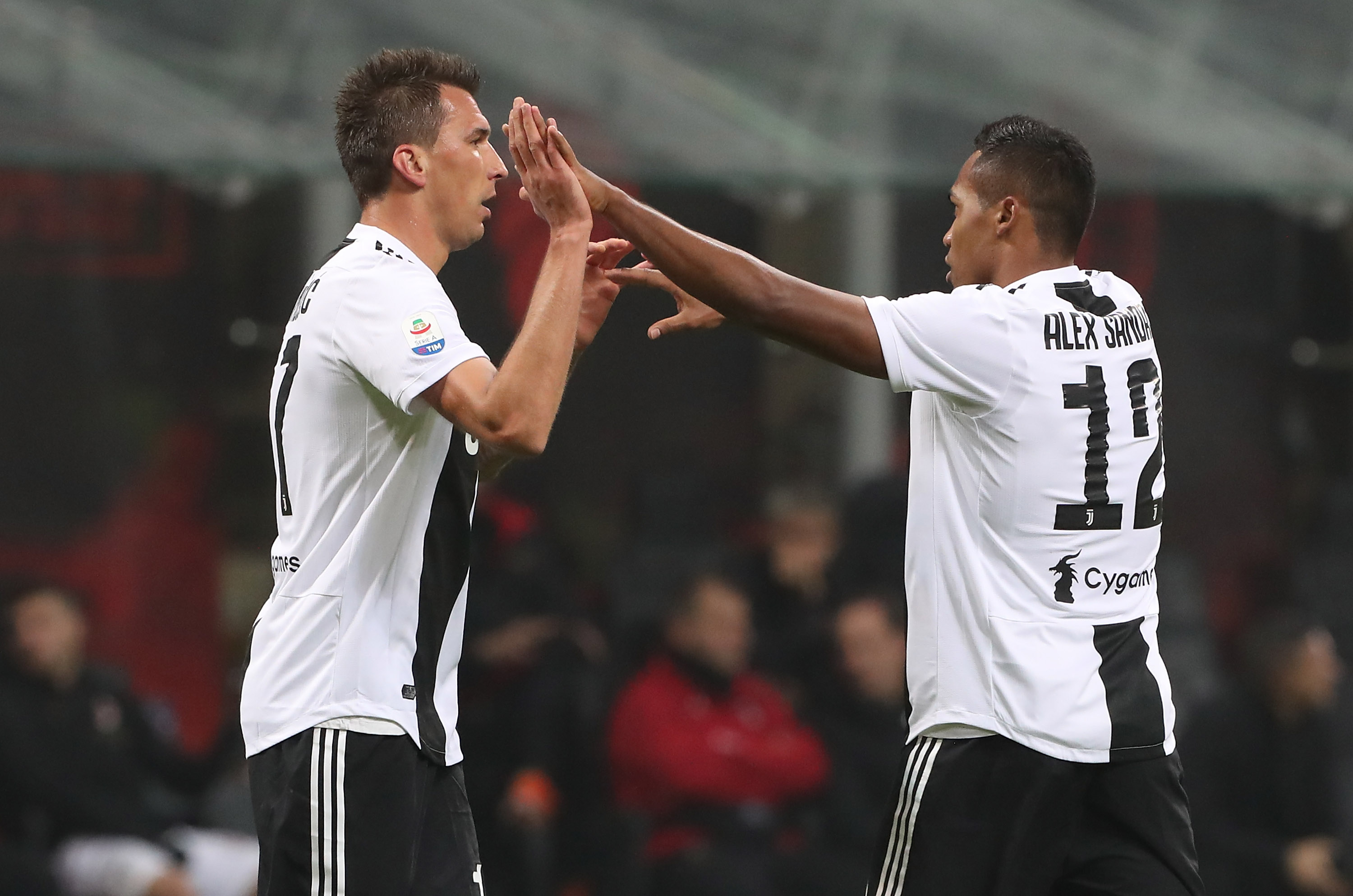 Donnarumma was tested early in the second half when Cristiano Ronaldo flicked an effort goalwards from a low cross, though he was equal to the effort at full stretch.

The San Siro crowd rose to its feet in the 65th minute as Milan countered with a four-on-four situation, but Benatia produced a fantastic block to stop Higuain’s teasing ball.

The home side continued to press for the equaliser, and Ricardo Rodriguez flashed an effort just wide of the top-left upright inside the last 20 minutes.

However, it would be Max Allegri’s side who got the decisive second goal. A fizzed shot from Cancelo was saved by Donnarumma, but parried straight into the path of Cristiano Ronaldo, who fired home into a virtually empty net.

Things went from bad to worse for Milan as Higuain was then sent off having received two yellow cards in the space of seconds – the first for a foul, the second for dissent.