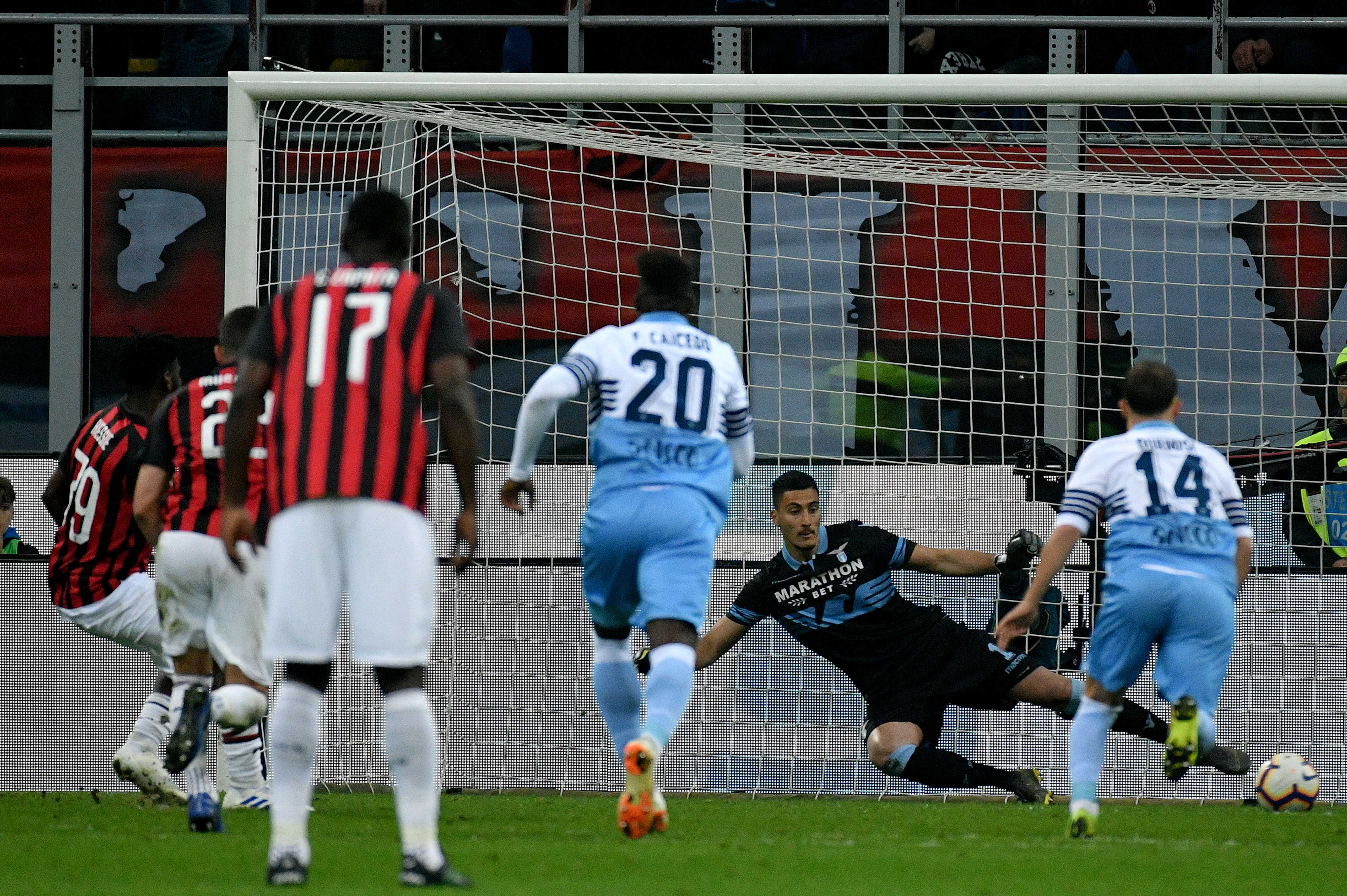 AC Milan took a huge step towards qualification for the Champions League with a 1-0 win over Lazio at San Siro.

In an expectedly cagey affair, Franck Kessie’s penalty 11 minutes from time was the deciding factor.

The result means that Milan move six points clear of Lazio, and though the Aquile have a game in hand the Rossoneri possess a better head-to-head record.

The visiting side started better, and could have netted twice inside the opening 20 minutes when Luis Alberto and Joaquin Correa saw their shots saved and fired over respectively.

Just over three minutes before the break Milan came close to taking the lead as Suso fed Calhanoglu, however the Turkey international fired over from 25 yards via the goalkeeper’s fingertips.

Krzysztof Piatek then came close with a header back across goal from Davide Calabria’s cross, however the Pole could not direct his header goalwards from inside the area.

Gennaro Gattuso lose both Alessio Romagnoli and Davide Calabria to injury in a quick spell, forcing the Italian to shuffle the deck.

Then came the decisive period in the game as Milan were awarded not one but two penalties. The first one was for handball, but VAR showed Francesco Acerbi’s arm to be across his midriff thus making it no penalty.

COOL AS YOU LIKE! KESSIE WITH THE GOAL! pic.twitter.com/Cv6UFxNecL

However, Gianluca Rocchi pointed to the spot again moments later as Riza Durmisi barged Mateo Musacchio over. This time, Kessie sent Thomas Strakosha the wrong way to give Milan an all-important lead.

Suso came close in the closing stages of the game with a curling attempt, while Lazio saw penalty appeals turned down for a tackles on Sergej Milinkovic-Savic.

There were more unsavoury scenes at the final whistle as a brawl broke out between both sides, with senior staff from both clubs having to step between Luiz Felipe and Fabio Borini, but Milan captured a glorious three points.