Donnarumma (8 MOTM) – Gigio completely shut down the Pescara attack putting in a fantastic performance with some wonderful saves. The 17-year-old kept his 5th clean sheet of the season. More than any other goalkeeper in Europe’s top 5 leagues.

Abate (6.5) – Solid game for the captain who played with great determination and hard work both at the back and in the attack, where he created a few chances down the right flank. 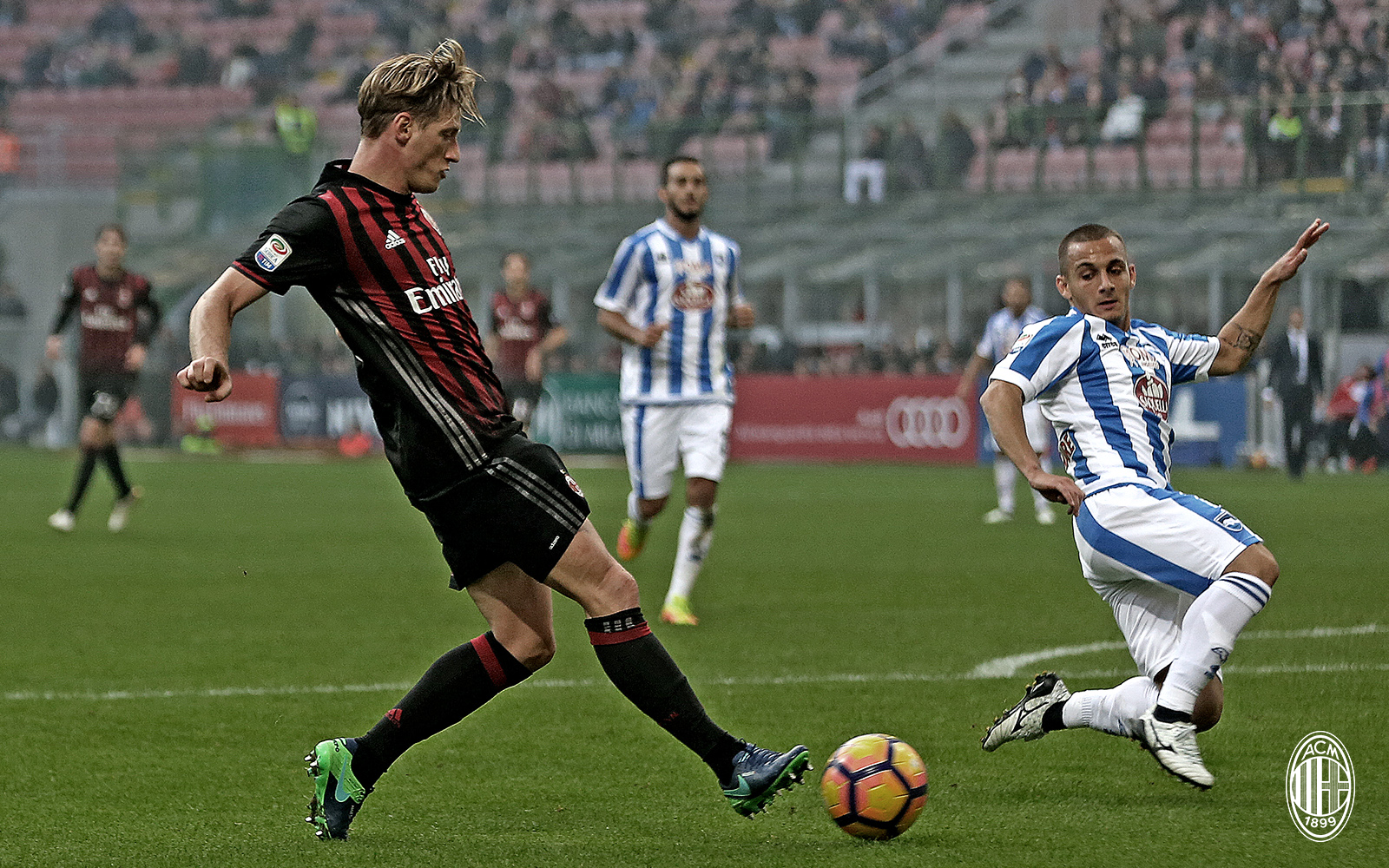 Gomez (7) – Filling in for a suspended Gabriel Paletta, Gustavo Gomez did really well at the back, partnering with Romagnoli. The Paraguayan helped keep another clean sheet for the Rossoneri with some great tackles and clearances.

Romagnoli (7) – Very solid performance from Alessio Romagnoli, who helped keep another clean sheet for the Rossoneri, making no mistake at the back. The young centre-back made many crucial blocks and tackles against the Pescara attack.

De Sciglio (6) – Mattia was quite sloppy in possession and his crosses didn’t cause much trouble for the opposition. His defensive work was up and down. He’s made a few good blocks and tackles but also didn’t close down the Pescara attack quick enough.

Sosa (4.5) – Picked to start over Juraj Kucka, the Argentine didn’t give a reason as to why he should be getting a starting spot. He was a ghost. Anonymous, really, in midfield for most of the time and when on the ball was poor.

Locatelli (6) – A solid game from the youngster who played it safe this game, not making many dangerous passes, though he was a bit sloppy in possession. His defensive work was remarkable and he showed a bit of skill on the ball when necessary.

Bonaventura (8) – The Jack of the Rossoneri scored the only goal of the game with a brilliant Ronaldinho like free-kick under the jumping wall. A good performance overall by the Italian, who’s created a number of chances as well.

Suso (7.5) – The Spanish winger put in a fine performance, only lacking a goal or an assist, working hard to create chances and making dangerous runs at and behind the Pescara defense.

Bacca (5) – Going on a poor run of form, Carlos has hardly done anything in this game despite a few glimpses at goal. The Colombian striker will surely look to do better next time out.

Niang (5.5) – M’baye was missing his shooting boots today, missing a number of opportunities, though did come close to scoring after his header went off the woodwork. The young Frenchman needs to improve his decision-making.

Pasalic (6) – Finally, a debut for the Croatian midfielder who has impressed and showed some quality. Hopefully, he’s earned himself more playing time for a chance to prove himself and will continue to impress. 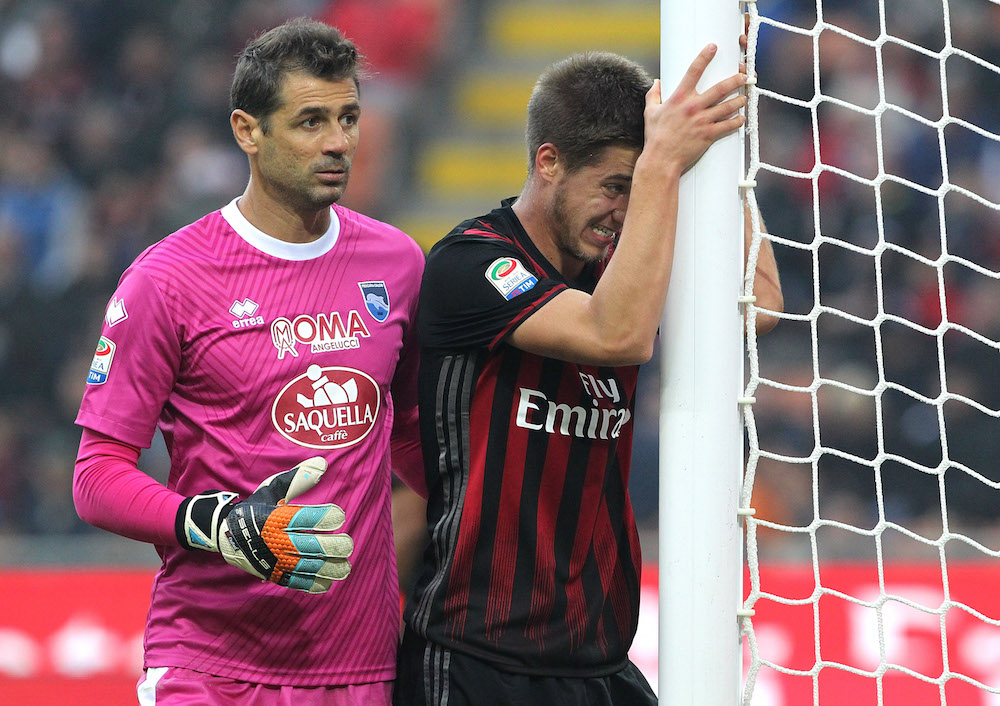 Kucka (6) – The Slovak started from the bench with Jose Sosa filling his spot in the line-up but later came on and made more of an impact than the Argentine with a few good runs and pieces of play.

Adriano (N/A) – Coming on towards the end of the game, the Brazilian striker was looking to get his first goal of the season and cement the win for the Rossoneri.

Following a 3-0 defeat to Genoa in midweek, Vincenzo Montella needed to get his players fired up and ready to get the 3 points at home and though the team didn’t perform too well, the 3 points were won. Starting Sosa ahead of Kucka didn’t quite work out, though, and we’re wondering why he went with Adriano instead of Lapadula to replace Bacca.