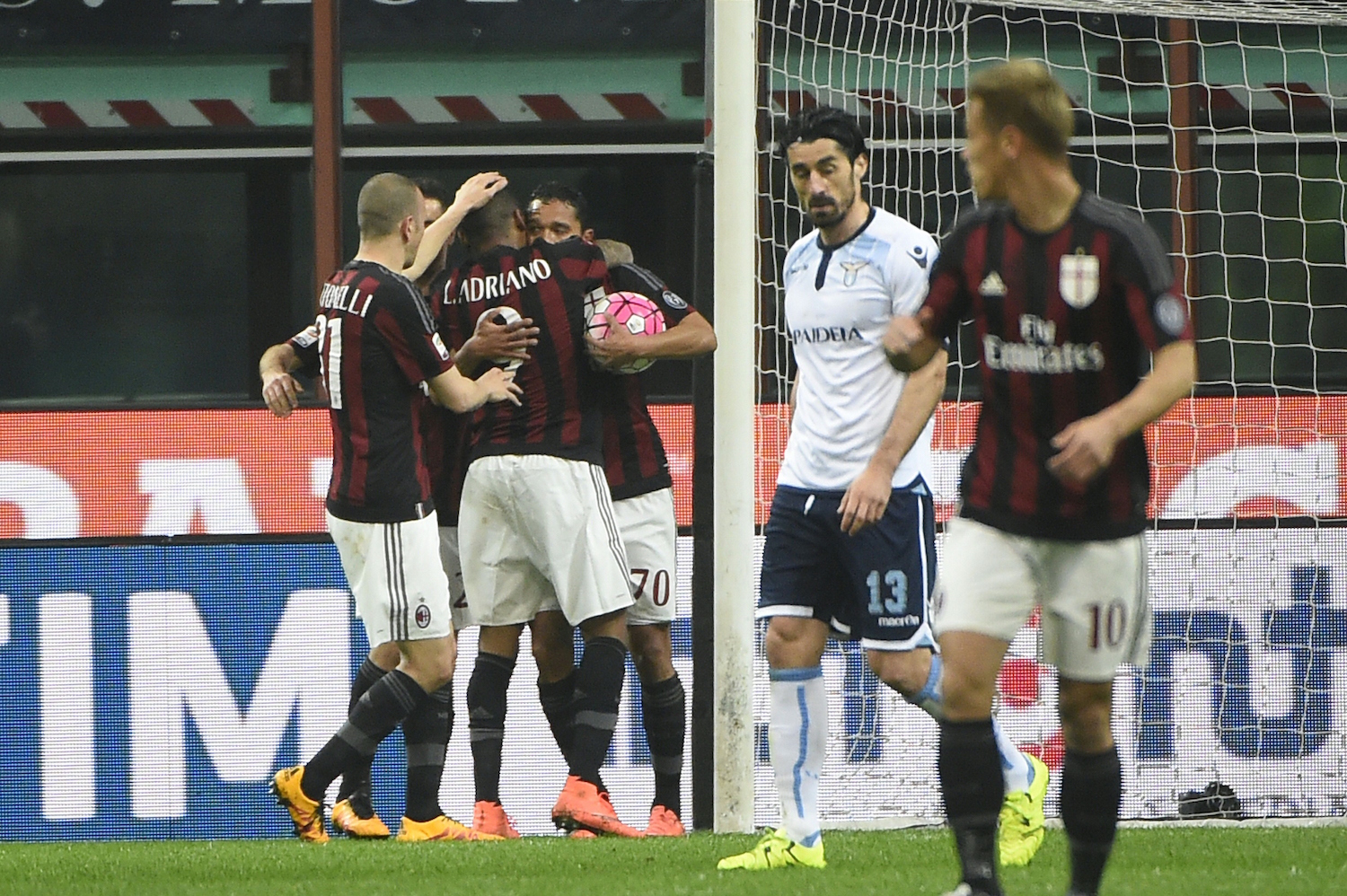 AC Milan were held to a frustrating 1-1 draw at San Siro on Sunday night, despite having a man advantage over Lazio for part of the game.

The visitors headed into the game on the back of a run of five consecutive away Serie A draws, but started brighter when Antonio Candreva had the first shot on target in the fourth minute, though he failed to test Gianluigi Donnarumma.

Milan then responded well, making Lazio wary as Luiz Adriano found space to cross on the left side and Romagnoli headed over from the resulting corner.

However the Rossoneri succumbed to a set piece goal in the ninth minute when Marco Parolo, having had a shot well blocked previously, headed the Aquile in front with a powerful header from six yards. 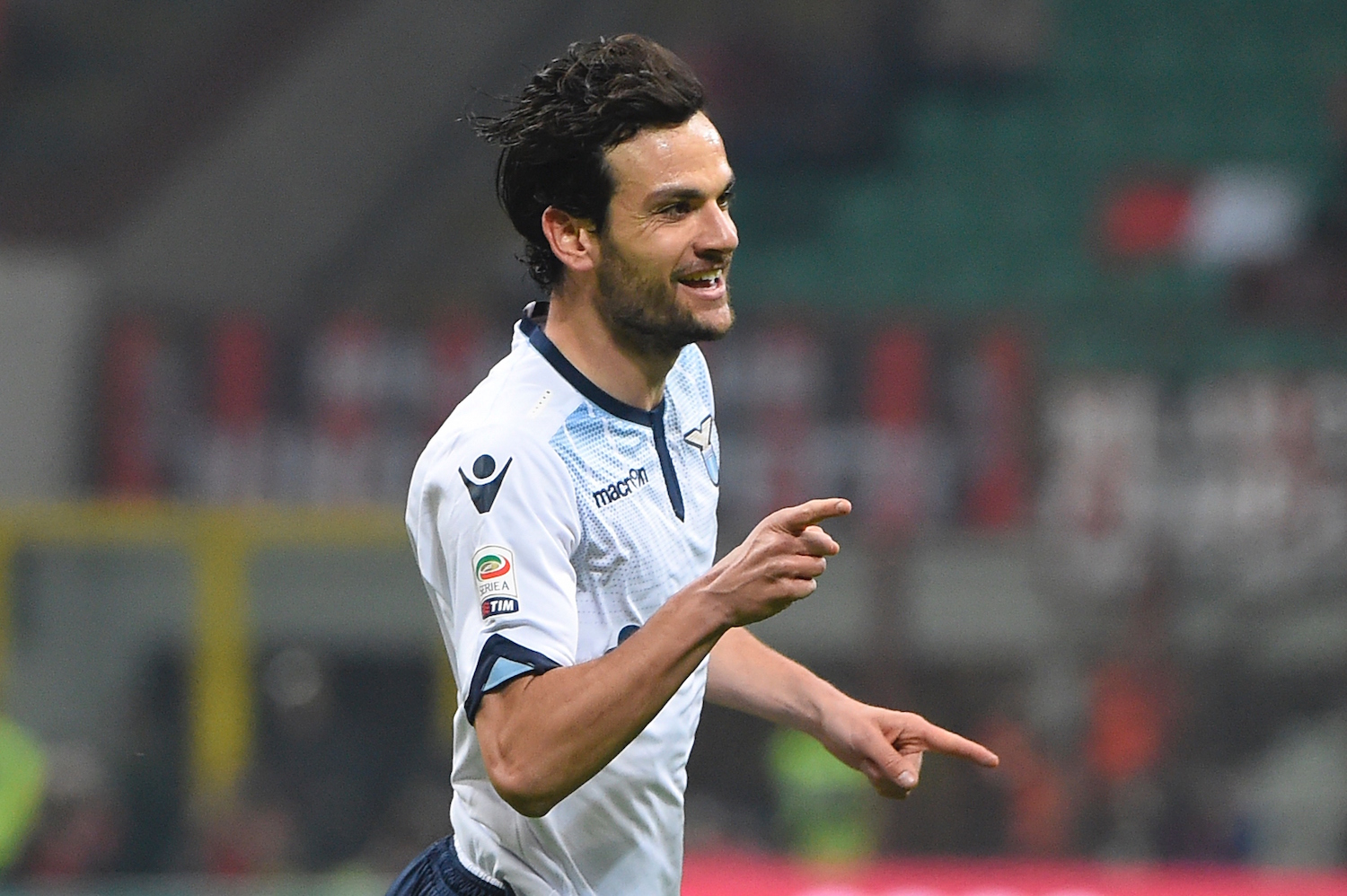 The goal seemed to spring Milan into life, and the lead was to be short lived as Luiz Adriano backed into the defence before squaring to Carlos Bacca, who converted smartly from around 12 yards into the bottom left corner.

With two goals in the opening 15 minutes, the San Siro crowd was imagining an action packed remaining period. Despite this, there was a lull in chances as both sides tried to probe but maintain organisation.

The Diavolo were inches away from going into half time a goal up when Giacomo Bonaventura struck a sweet free kick goalwards from 25 yards, only to see it crash off the crossbar.

Carlos Bacca almost gave Milan the perfect start to the second half when he forced Federico Marchetti into a good save after latching on to a sliced clearance.

The two saves of the day were to follow as Gianluigi Donnarumma tipped a Felipe Anderson shot wide before Marchetti made a reaction save to deny Bonaventura giving Milan the lead.

Senad Lulic saw red after a cynical challenge got him his second booking, though the remaining six minutes on the clock were to prove to be insufficient as Mihajlovic’s side failed to pick up the extra two points. 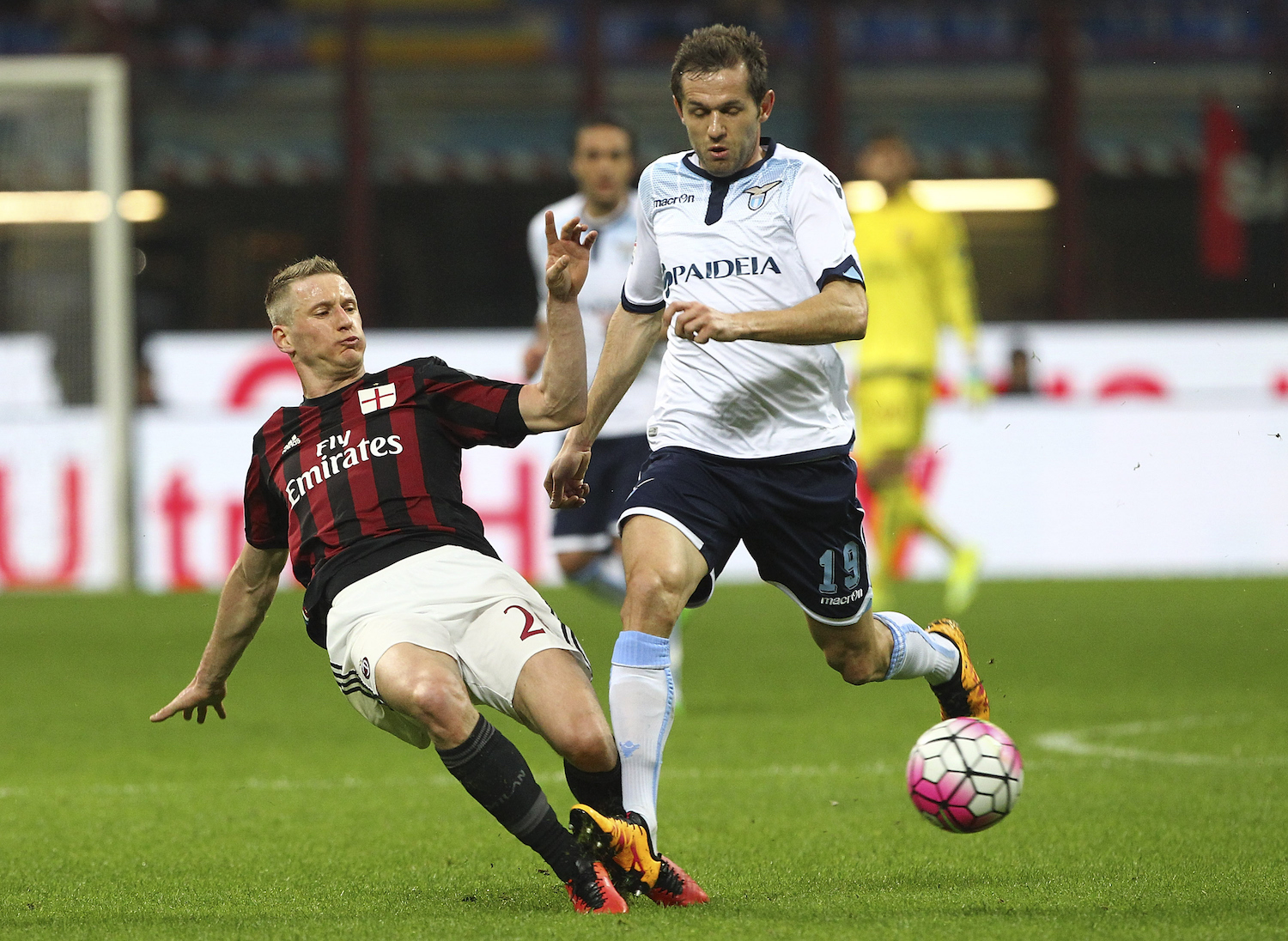 Lulic saw red, but it proved to be too late. | Marco Luzzani/Getty Images

The result meant Lazio extended their run of away league draws to six games, the longest in their history, while they stay in eighth position with 42 points.

Milan failed to close the gap on Inter this round, with the Nerazzurri six points ahead in fifth place, while the Rossoneri move on to 49 points.